The United Nations (UN) states that the purpose of the International Day of Sign Languages is “to raise awareness of the importance of sign language in the full realization of the human rights of people who are deaf.” The organization believes that early access to sign language and services in sign language “is vital to the growth and development of the deaf individual and critical to the achievement of the internationally agreed development goals.”

In commemoration of the International Day of Sign Languages, the United Nations Office at Geneva (UNOG) and the WFD have organized a webinar scheduled to take place on September 23 at 8:00 a.m. EST. The webinar will feature high-level experts from the UNOG, WFD, and State-Parties with a view to raising awareness of the importance of sign languages. State-Parties will receive guidance as to how they can ensure that sign languages are made available to everyone.

Also on September 23, the WFD and the Italian Deaf Association will co-host a webinar in celebration of the WFD’s 70th anniversary. The webinar, which will be broadcast from Rome, Italy, will take place at 10:30 a.m. EST and will feature the unveiling of a statue of Mr. Vittorio Ieralla, the first president of the WFD. Both Dr. Joseph Murray, the current president of the WFD, and Mr. Florian Rojba, a WFD board member, will be present for the festivities.

For more information on the International Day of Sign Languages, visit https://www.un.org/en/observances/sign-languages-day. 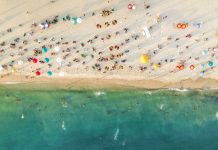