“It is well known that proficiency in a foreign language seldom comes to one not instructed at an early age, and experience shows that this is not injurious to the health, morals or understanding of the ordinary child.” Meyer v. Nebraska (1923)

In US schools, English enjoys overwhelming hegemony. Granted, “standardized” English enjoys power and prestige over other, racialized, native US varieties, such as AAVE and even local “Spanglishes,” but their combined power leaves precious little space for the languages of other cultures and families, whether from immigrant or indigenous lands.

The US ignores those languages to such an extent that even Spanish classes at US schools manage to marginalize the voices of native speakers in the very schools where the language is taught. A friend of mine in Colorado was scandalized by her stepson’s high school. “He’s taking Spanish, and there are literally native speakers walking through the halls. How are they not part of the curriculum?” My family hosted an exchange student from Spain, and she was invited to come to only one or two Spanish class sessions over the course of an academic year. Her knowledge of Spanish was wasted, not to mention her other language, Basque, and the Mandarin and Norwegian of her fellow exchange students.

On the contrary, one finds multitudes of videos—and headlines—online of native English speakers demeaning speakers of other languages with horrifying words and even violence. Some Americans would effectively ban languages other than English from the public sphere.

As we attempt to decenter Whiteness in the EL classroom (“All Englishes Matter,” from March 2021 article in this series), the next step is to challenge the hegemony of English as the global language, as a zero-sum game with every other language losing ground.

Through teaching the languages of our community, our native-born Americans can learn about the varieties of experiences, accessed through multiple languages, that their immigrant and refugee classmates and families offer to our American community. Americans should value all languages as a matter of our wellbeing and communal justice.

While the linguistic experiences of native English speakers are marginalized in our EL curricula, I would like to turn the table. Every student—and teacher—should have the opportunity and encouragement to speak the language of their communities without shame or discouragement. This includes the languages of one’s ancestors as well as those of our neighbors’ ancestors.

English valued higher than other languages

The language-learning model for all American students—whatever their race—is based on economics. The reasons for learning languages that we offer are to get a better job. To immigrant and refugee students, we say, “You have to learn English to get a good job.” Yet, we tell US-born students, “Bilinguals make more money.” One bilingualism is not the same as another. The languages that offer potential economic advantage are predominantly European—Spanish, French, and German—and more recently East Asian—for example, Japanese and Mandarin Chinese. In contrast, a bilingual Somali born in a refugee camp in Kenya, who speaks Somali and Swahili fluently, likely will not see that better job or higher pay in the US. On the contrary, they will find themselves at the bottom of the economic ladder—lower than most monolingual English speakers—until they speak English at a confident level. No student in the US would make more money because they learned Somali. Even more, a native Ojibwe who battles odds to learn and speak their ancestors’ language will gain nothing materially.

English did not get to the top of US society by accident; deliberate norms and policies sought to eradicate all other languages. While African languages were never tolerated, bilingual Native American education existed in several languages up to the late 19th century and included textbooks in Chippewa and Dakota. During this same time, European immigrants were encouraged to set up schools in their native Czech, German, and Lithuanian (note the 1913 Mockett Law that allowed instruction in a language if there were at least 50 pupils). Yet even those programs became suspect by the early 20th century. Boarding schools forcibly and violently crushed Native American languages, and state laws banned any language besides English in the classroom, including European ones (see Meyer vs State of Nebraska in 1919).

The lost opportunities are long-lasting and heartbreaking. In the Minneapolis/St Paul Metro Area where I live, we find ourselves on traditional Dakota and Ojibwe lands, and both of those languages are endangered. We are home to the largest urban Hmong population in the world and the largest Somali population in the US. Speakers of both languages number in the tens of thousands. Yet, it is very rare to find a class or any learners of either language. When one does find them, such classes are aimed at “heritage” speakers, and generally do not attract anyone else from the school or community.

This series encourages that when we teach English, we teach all the varieties of native-born American experience, such as Black and Latinx. What can we gain by teaching to English speakers all the other languages in our communities? What value do those languages bring that are already spoken in our communities, like Somali, Swahili, and Ojibwe in Minneapolis? The native languages of our immigrant and refugee neighbors offer social, intellectual, and cognitive advantages that are not reflected in our economics.

Socially, we bridge the gaps we find among different people. More languages mean more understanding. In the US, immigrant communities find themselves linguistically isolated. They do not connect with their neighbors, and even animosity can grow. Moreover, such linguistic minorities might be cut off from community resources, such as from COVID safety recommendations and DMV instruction, as well as healthcare facilities and adult education. In contrast, Finland, where about 5% of the population speaks Swedish as their native language, requires that all citizens learn Finnish and Swedish in school. Therefore, neither will ever find themselves in their country speaking to someone without at least some knowledge of their language. Imagine the social dynamics in a US state where every student is required to learn at least English and, say, Spanish!

Intellectually, we can potentially learn from the best and most ambitious people in the world. When we learn their languages, we can access their knowledge and experience. Our Dakota neighbors can teach ecological and spiritual disciplines that have sustained this land for centuries. Our Oromo friends can teach us about harmony among a mixed Muslim and Christian community.

Our Hmong people can teach about farming, and Somalis about animal husbandry. Not to mention, we can connect to current and historical events everywhere in the world, as well as varied points of view on US events.

Our brains will flourish cognitively by learning our neighbors’ languages. Often one hears about the cognitive “advantages” of bilingualism. This assumes a monolingual standard. If the standard were multilingual, we would be horrified at the cognitive deficiencies we would see among those children who were deprived of proper exposure to multiple languages. By analogy, we do not speak of the health “advantages” of abstaining from drinking and driving; we speak of the “dangers” of engaging in this behavior. The human brain evolved to be multilingual, hence we need to see the “dangers” of depriving our children of a healthy, multilingual environment.

If we thought of our indigenous, immigrant, and refugee languages as resources that connect our communities, that open the world to us, and that develop our brains properly, we would see a huge, valuable potential for the broadest possible education.

For justice, we center the value of diverse linguistic experience

Let us rethink how to incorporate community languages into our public sphere. In San Francisco, students’ families will pay tens of thousands of dollars per year for immersion Mandarin Chinese schools. At the same time, the De Avila public school in San Francisco teaches a bilingual Cantonese/English curriculum thanks to the long local history of that community. The “One City” organization in Seattle focuses precisely on expanding multilingual education throughout the school system through harnessing the linguistic gifts that the city already possesses. As they prepare future educators for leading bilingual education, they also offer language courses to all members of the community, led by the community. Languages include Arabic, Cantonese, Korean, Russian, Somali, Tagalog, and Vietnamese. We can push back against the hegemony of English, as we teach our students, neighbors, and friends that they come from a complex linguistic tradition. Only a tiny portion of Americans come from a purely English-speaking past, so multilingualism is the birthright of all Americans! The White, monolingual anglophone was a deliberate construction. In fact, the multilingual, emerging English-speaking immigrant reminds us of the roots of America. Let us nurture their linguistic gifts as we bring life to the rich, complex web of languages in our communities, reveling in them with gusto in the public square. The next step is to work, to study, to speak, to learn the language—or languages—of our neighbors and ancestors. Let us focus and work hard, for the sake of our community, city, and country. We can dedicate ourselves to seeing the value in the knowledge held by those around us. Whenever we hear those foreign sounds, may our ears perk up so that we can smile and ask, “Can you please help me learn to say something in your language?” as we add our voices to the beautiful multilingual chatter of our streets, stores, and schools.

Richard C Benton Jr, PhD, (@richardlanguage) writes about learning community languages and sharing others’ burdens. He is learning Afaan Oromoo in Minnesota, worked as a Russian interpreter, and publishes on Ancient Hebrew texts and linguistics. 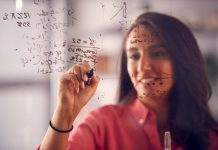