The Louisiana Department of Education (LDOE) has partnered with UMass Global as part of the National Professional Development grant program to build the capacity of Louisiana educators who support English Learners. Educators will participate in required coursework to gain their English Learner Add-On Certification (https://www.teachlouisiana.net/checklist/esl.pdf) at no cost. The 2021-2022 cohort includes 11 educators from Bossier, Calcasieu, Jefferson, Orleans, Ouachita, St. Bernard, St. Mary, and Terrebonne Parishes. Cohort Two will begin Fall 2022.

“By developing Louisiana educators who can effectively support the needs of English Learners, we will ensure high-quality teaching and learning for all students, improve student outcomes, and increase English language proficiency,” said Louisiana State Superintendent of Education Dr. Cade Brumley. “This initiative is helping Louisiana educators close the achievement gap between English Learners and their native English-speaking peers.”

By the end of the five-year grant, approximately 100 teachers will have attained their English Learner Add-On Certification.

The Newark Board of Education and the Newark Teachers Union (NTU) reached an agreement to raise the district’s starting teacher salary to $62,000 per year, a decision officials hope will recruit and retain more educators after the coronavirus pandemic exacerbated the school district’s staffing shortage.

The agreement for the new starting salary, up $8,000 for a teacher with a bachelor’s degree under the union’s current contract, was reached after about three months of negotiations between district and union officials. With district labor agreements across the state having expired during the pandemic while others reopened negotiations mid-contract to raise salaries as an incentive for recruitment and retention, Newark Public Schools officials said “immediate action was required” with NTU’s contract which runs through the 2023-24 school year.

“While teacher shortages across the nation have been exacerbated by the global pandemic, we in Newark are leveraging multiple strategies to attract and retain great teachers,” Newark Public Schools Superintendent Roger León said. “These new salaries will attract fresh talent and at the same time foster retention by increasing the salaries of experienced teachers.”

The agreement also increased the salaries of all teachers who currently earn less than the new teacher salary to $62,000, including increases of $1,000 over the next two years to retain educators, according to district officials.

At the end of April, the National Education Association (https://www.nea.org/) released a set of detailed reports unveiling alarming new data about educator pay and other key findings related to what is contributing to the nationwide educator shortage.

“For decades, America’s educators have been chronically underappreciated and shamefully underpaid,” said NEA president Becky Pringle. “Throughout this persistent and ongoing pandemic, they have demonstrated their commitment to all students, no matter their ZIP code, the language they speak, or the gender with which they identify. After persevering through the hardest school years in recent memory, our educators are exhausted and feeling less and less optimistic about their futures.

“If we want to reverse course and keep qualified teachers in the classroom and caring professionals in schools, then we must increase educator pay across the board and expand access to collective bargaining and union membership for all those working in public education. The reality is that educators with collective bargaining laws in their states make more than their non-collective bargaining peers. We encourage more state and local lawmakers to follow the lead of Mississippi and New Mexico, as well as Jefferson County, Colorado, and Minneapolis. They took strides to address educator shortages by authorizing pay increases for educators,” said Pringle.

The four separate reports released by the NEA, include: 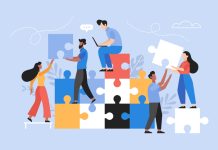 Collaborative Planning: Never Having to Go It Alone 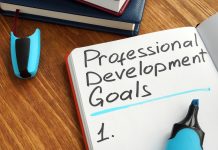