Last month, Latino Media Network (LMN), a media company focused on content creation, talent incubation, and distribution across multiple platforms, announced its formation. Founded by social entrepreneurs Stephanie Valencia and Jess Morales Rocketto and backed by several Latino luminaries, they also announced their first major deal with Univision to acquire a set of radio assets to reach nearly a third of the US Latino population. Most of the acquired stations are primarily Spanish language and a few are bilingual.

In one of the largest capital raises by a Latina owned and operated start-up in the US, with over $80 million in capital raised from a diverse set of investors, Latino Media Network will be a media company serving the Latino community, owned by Latinos for Latinos. Its mission is to help Latinos make sense of the world and their place in it by inspiring, informing, and celebrating Hispanics through an audio-focused multimedia network. It will embrace cultural pride by telling Latino stories, addressing community concerns, and talking about opportunities for a better future.

To coincide with its launch, LMN also announced that they have signed a definitive agreement with TelevisaUnivision to purchase 18 radio stations in ten cities from coast to coast in a $60 million all-cash deal. LMN has secured equity investments from leading Latino investors and debt financing for the acquisition from Lakestar Finance LLC, an investment entity affiliated with Soros Fund Management LLC.

“As Latinos drive population growth in the United States they continue to navigate the ocean of information on what is happening in the world and their place in it. With minority media on the decline, now is the time to be investing in more resources to create content for Latinos by Latinos. Through the unique combination of creative content and new and existing media platforms to serve our community, we can embrace cultural pride and collectively empower Latinos,” said LMN founder Stephanie Valencia. “Our company, and these stations, are for our community,” said LMN founder Jess Morales Rocketto. “We believe in the power and reach of radio, and it remains a main source of media for a significant number of our community.” “This is such an exciting day for the media landscape,” said Eva Longoria. “My mission is to tell and amplify all of our community’s stories so the world can see the joy, the power, and the heart of our community in ways that are still all too rare. Media can make a difference and real change in our world. I’m so proud to be a part of Latino Media Network, as together we will ensure that our media includes narratives that uplift our voices.”

The 18 stations in the deal are a combined set of AM and FM stations in the largest US markets and eight of the top ten Latino markets, reaching 33% of US Latinos: LA, NYC, Miami, Houston, Chicago, Dallas, San Antonio, McAllen, Fresno, and Las Vegas. These stations primarily program sports, entertainment, and music. 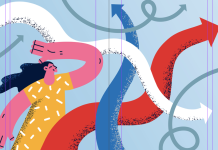