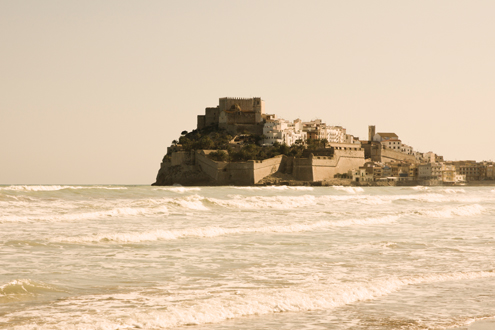 Ladino, the common name contemporarily used for Judeo-Spanish of the former Ottoman Empire, is the language that was developed by the Sephardic Jews upon being expelled from Spain in 1492. The language of the Sephardim while in the Iberian Peninsula is said to be similar to co-regionalists, with lexical differences and of course the medieval pronunciation used by all at that time. There was certainly a Hebrew/Aramaic element in their speech already at that point, often connected to liturgical or religious practice or belief. The majority of the Sephardim migrated into the Ottoman Empire and, depending on the location, incorporated linguistic elements into their vernacular, including Turkish, Greek, Serbo-Croatian, French, Italian, and Arabic. The Judeo-Spanish dialect of Morocco developed into a distinct vernacular, called Haketia. The first Sephardim are said to have arrived in North America as of 1654, when a group of 23 Jews from Recife, Brazil landed in what was then New Amsterdam.

Ladino is classified by UNESCO as a highly endangered language, due to the fact that most native speakers are in the grandparent generation or older and the language is no longer being passed on to younger generations. The youngest native speakers, of which there are very few, are in their forties. While there are some estimates of the numbers of speakers today, they are based on research from over 25 years ago, and for this reason it is hard to say how many speakers there are today. What is certain, however, is that speakers today represent a variety of Judeo-Spanish dialects and proficiencies. In the U.S., the largest Sephardic populations are found in New York City (1), Los Angeles (2), and Seattle (3), with other cities throughout the country as well.

ucLADINO is a student organization which received university recognition from UCLA in the fall of 2011. Its main goal is to offer students not only the opportunity to learn about the Ladino language and Sephardic culture but also to speak the language. This is the only student group in the U.S. that is active in the preservation and revitalization of this language. Ladino, however, is offered at elementary levels at both Tufts University and the University of Pennsylvania. ucLADINO offers weekly workshops (beginner and intermediate levels) to undergraduate and graduate students interested in the language. ucLADINO often hosts guest speakers to discuss Sephardic culture or speak in the Ladino language. It has also held language-apprentice workshops, where students were able to echar lashon (converse) with Ladino-speaking Los Angeles residents. Last year saw the first Graduate Student Judeo-Spanish Symposium, featuring two keynote speakers who are among the most active and respected speakers in the realm of Judeo-Spanish today, with one representing Djudesmo (Turkish and Greek dialect) and the other representing Haketia (Moroccan dialect).

Due to the success of last year’s symposium, the Second Judeo-Spanish Symposium: Survival in the Diaspora was held last month at UCLA. The keynote speakers were Marcelo Benveniste, founder of eSefarad, an online Sephardic weekly newspaper detailing events worldwide; Liliana Benveniste, co-founder of eSefarad and also one of the world’s most famous Ladino-singing composers and artists; and Solly Levy, the only contemporary author of novels written in Haketia. The symposium also offered three workshops from experts in the Rashi and Solitreo alphabets for those interested in learning how to “decode” the alphabets that the Sephardim used for centuries before switching to the Latin-based alphabet. For more on Ladino or ucLADINO, see http://ucla.orgsync.com/org/ladino/home.

Bryan Kirschen is a graduate student in the Spanish and Portuguese department at UCLA focusing on Hispanic linguistics and co-founder of ucLADINO. His current research deals with language ideologies of the Judeo-Spanish-speaking Sephardim and language shift due to English, Spanish, and Yiddish contact in the U.S., as well as comparative studies between Haketia and Djudezmo.