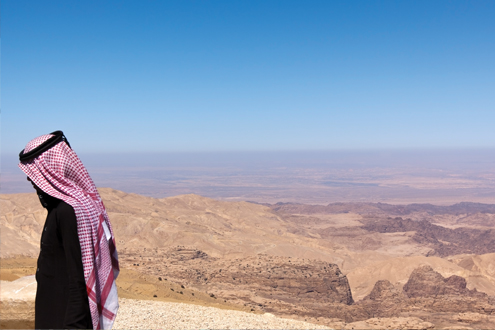 Although 145,000 Saudi students have enrolled in U.S. intensive English programs and universities since the advent of the King Abdullah scholarship program in 2005, some institutions are still experiencing “the Saudi wave” for the first time as these students learn of smaller and more out-of-the-way educational opportunities over time. At 2013 TESOL conference in Dallas, for example, some U.S. school administrators shared surprise and dismay at the related challenges. Some talked about the adjustments needed by first-time teachers of Saudi nationals, and others commented on the challenges experienced by the Saudi newcomers themselves.

Obviously, there have been significant adjustments all around. But they are not surprising, considering the fact that U.S. schools dealing with internationals were primarily used to Chinese, Korean, Japanese, and Taiwanese nationals up until the middle of the decade — with some Latin Americans and Europeans in the mix. Some of these countries have educational practices and systems similar to those in North America. Others demonstrate some differences but nevertheless place a high value on literacy, study skills, and academic achievement in a highly competitive environment.

The school environment in the Kingdom of Saudi Arabia stands in contrast. The differences make sense when one considers the education system as a whole. First, Saudi Arabia’s education system is relatively new. When the Kingdom was established in 1932, education was largely restricted to the children of wealthy families living in major cities. By 1945, an extensive program was in place to establish schools throughout the country: by 1951, 226 schools had been established. The first university, King Saud, was founded in 1957, and the Ministry of Higher Education was put into place in 1975. Girls’ schools arrived in the 1990s. The number of universities has doubled in the past ten years, from 16 to 33, despite which it is said there are still insufficient places for the many youth aged 18-23 who need higher education and who don’t yet have job skills. Higher education is open to all citizens: students receive free education, books, and health services. Thus, the stakes for succeeding or failing are different from those experienced by Western students.

Education below the university level is required for both male and female students. The Ministry of Education presides over general education for boys, and education for girls comes under the jurisdiction of the General Presidency for Girls’ Education. Both sexes follow the same curriculum and take the same annual examinations. At the high school level, a major study focus is religion, and a liberal arts focus is common. Universities largely offer humanities and social science courses for four-year degrees, and engineering/medicine/pharmacy degrees, which can be completed in five to six years.

The implications of the Saudi education system for U.S. study can be summarized as:
Schools within Arabic countries follow a national system and curriculum. The same course of the same difficulty is offered for all students; there are no “gifted” or “honors” students, and there are no electives. A national examination is taken by all students at the same time, and this exam determines the academic future and career of each student. The idea of school as a “meritocracy,” where high grades reflect persistent effort, is not part of the system.

Rote memorization is the chief learning method in the Arab world, as students are expected to reproduce correct answers on written exams. The American emphasis on independent problem-solving and individual creativity results in group work and projects. The Arab student is not accustomed to working in groups and is quite dependent upon the instructor.

Teaching credentials are not mandatory in the Arab world. Generally, the instructor is an authority figure and is the presenter of information. Classes are teacher centered, not student centered. Each step of learning is guided by the teacher.

Student-teacher relationships in the Arabic world are formal, both in and out of the classroom. Students are generally hesitant to ask questions and regard the teacher with respect and fear. Arab instructors tend to express their authority and their approval/disapproval quite openly to the students.

Arabic students are not accustomed to receiving a syllabus, schedule, and objectives in their classes. Attendance is important, but absences do not usually cause a student’s failure if he can pass his tests.

In the Arab world, the grading system is more unified among all instructors rather than determined by each individual teacher. However, because of the pressure put on the Arabic student to pass the exams and because testing in the Arabic world is mainly based on subjective instruments, students tend to negotiate the grades given to them. The relative subjectivity of essay-based tests as conducted in the West creates a lack of standardization which leaves room for negotiation for the learner.

Academic integrity is emphasized in the Arabic school system, but cheating (which may be interpreted by some students as “sharing”) isn’t penalized by expulsion from the school. Usually, cheating results in failure of that specific test.

Classes in the Arabic world are usually for the same sex. This means, accordingly, that male students have little or no experience being taught by women. Saudi students may feel more comfortable with male teachers.

Culturally speaking, it’s helpful to think about both a religious and an environmental context for these practices. For example, we know that Saudi students are Muslim, that religious beliefs permeate every aspect of daily life in the KSA, and that the national interpretation of the Koran is one that requires strict separation of the sexes and daily prayer. Saudis can adjust to a school environment that is nonreligious, but they may miss opportunities for daily prayer and a Friday free for worship at a mosque. Moslem students may express curiosity about Christianity and other beliefs and can be very open-minded in learning about how religion impacts beliefs and lifestyles in other countries.

Environmentally, the harsh and uncompromising desert landscape that characterizes the Kingdom has meant that, through the centuries, survival was largely dependent on family allegiances and close alliances with a few trusted associates. Although the Saudis arriving in the West do come from large cities – Riyadh and Jeddah are primary – the tradition of loyalty to those closest to you remains strong. Allegiances, in fact, may be powerful enough that a student could feel honor-bound to help a compatriot more than a teacher would like to see – with homework, with a research paper, and in a testing environment. Creating positive, friendly relationships from the very first day of arrival can go a long way to helping Saudis adjust, and also to helping them see that enforcement of academic policy is not personal, or a reflection of anti-Saudi feeling, but rather a norm that all students experience.

Hunter Hay, international program coordinator of FLS International, recognizes that Saudi students have particular needs. “We’re focused on providing Saudi Arabian students flexible programs and advancement in their goal of attending American universities. At our campuses, students can find a prayer room that is open all day during class to facilitate their religious background. We also strive to integrate Saudi Arabian students into the general international student population by offering lower-level ESL courses and additional elective classes. With these courses, the students can progress through the nine FLS levels offered to attain the requirement set by many universities in the U.S.

“Through our Pathways Program, we are able to offer conditional letters of admission to our partner universities throughout the U.S. This continues to be a major reason why Saudi Arabian students have had great success in applying for the scholarship programs and why the population continues to grow at FLS International.”

Susan Matson is director of teacher training and development at ELS Language Centers.