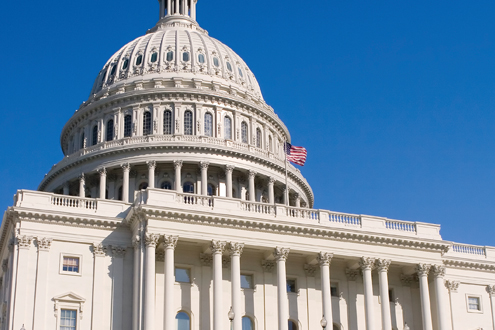 The bill was sponsored by Rush Holt (D-NJ) and co-sponsored by Judy Chu (D-CA), Paul Tonko (D-NY), and David Wu (D-OR). In May, it was referred to the House Committee on Education and the Workforce.

If your representative is on this committee, it is imperative that you contact this person right away to let them know your support for the legislation and to explain why it is crucial for them to progress H.R. 1994 to the next part of the legislative process.
The majority of bills die in committee and everyone in the language education community must understand that this issue is far too important to be left behind in a legislative graveyard. Even if your member of Congress is not a committee member, you should still urge him or her to support H.R. 1994. Personal letters and phone calls tend to be more effective than e-mail or petitions but any contact is better than nothing.
Martha Abbott
Executive Director, American Council for the Teaching of Foreign Languages (ACTFL)

Building a robust structure to enhance second language acquisition will require many steps, but a good place to start would be the adoption of the “Foreign Language Education Partnership Program Act,” introduced this year in both houses of Congress, by U.S. Senator Frank Lautenberg and Representative Rush Holt. The bill would provide $50 million to support sequenced language study programs in K-12 through partnerships with higher education. The goal of these programs would be graduating high school seniors with advanced levels of proficiency in the languages studied.

The cognitive developmental stage of K-12 students is particularly conducive to language learning, and the initiative in the bill could model the importance of building vibrant language acquisition opportunities into the school system. Demonstrated success in K-12 language programs could counteract the unfortunate tendency for school boards to try to solve their budget shortfalls by eliminating language classes. Such cutbacks deny students access to language study and lock them out of the global economy as well as the worlds of learning that require knowledge of other languages.

The U.S. runs the risk of becoming a nation of second language illiterates. 80 percent of Americans are monolingual, while in Europe more than 50% of adults can carry on a conversation in a non-native language, and the European Union intends to equip all citizens with skills in two foreign languages. The Modern Language Association has called for a strengthening of language education so as to provide every college graduate with advanced abilities in a non-native language. Yet the eradication of monolingualism among college students will not be possible without sequenced language curricula in K-12. The “Foreign Language Education Partnership Program Act” is a crucial step in moving the U.S. toward the language skills that we need to thrive in the twenty-first century, and the Modern Language Association applauds the efforts of Senator Lautenberg and Representative Holt.
Russell A. Berman
2011 President, Modern Language Association

There is no proposed legislation in language education I would like to see enacted.

This includes legislation that imposes standards. We are told we need them because our educational system is “broken,” as shown by international test scores. But test scores of American students from middle-class homes who attend well-funded schools are among the best in world. Our mediocre overall scores are due to the fact that the U.S. has the highest level of child poverty among all industrialized countries (now over 21 percent, compared to high-scoring Finland’s 5 percent). Poverty means poor nutrition, inadequate health care, and lack of access to books, among other things. All of these negatively impact school performance.

This includes legislation that vastly increases the already unacceptable level of testing demanded by No Child Left Behind, at a staggering expense. Monty Neill has pointed out that all proposals for replacing NCLB are heavily “test-centric” as is the proposed LEARN Act. Testing needs to be reduced, not increased. The money saved by reducing testing could be used to protect children from the effects of poverty.

This includes legislation that imposes a single methodology on American schools. The LEARN Act does this for language arts, taking the approach underlying Reading First and extending it to all grades, K-12. Reading First failed all important empirical tests. The reaction is to do it harder.

This includes legislation that establishes competitive grants. The idea of “competitive” grants is irrational. Would they force different army units to compete for funding for ammunition and weapons? Competitive grants are not only wrong but they result in a huge waste of time writing grants just so that your school or district can do the minimum for your students.
Stephen Krashen
Professor Emeritus, University of Southern California

Language is a basic, humanistic function that should further sensitize the students to the world around them. What matters most is that students experience the excitement of communicating in another language and consequently understand how using a different cultural code can enrich their own realities. When this is properly done, they take ownership of the lessons. The lessons are theirs. They create them. The attitude toward learning is vibrant. Students see purpose and results; the language flows through their veins. The classroom is turned into a living theater where faculty and students operate at the same level as the dramatis personae.

It is mandatory for students to study further in the country whose language is front and center. If the teacher remains totally within the constraints of his own culture even though he or she teaches in a second language, the material is out of context. The instructor has not infused it with a special quality. A Greek does not merely agree with you, he embraces his assent and you with all his being. A Senegalese speaking French does not shake hands the way a French person does.

We often teach world culture out of context. Indeed it is rare to see pure cultural learning occur in a classroom. Why? Because educators are not given the support by the system to consistently produce the deep results mentioned above. I suggest that for a cultural event to resonate with a student, it should be taught in the target country. That’s where it belongs. That’s why I encourage immediate passing of the Senator Paul Simon Study Abroad Act that is currently before Congress to ensure that more undergraduate students have the opportunity to study abroad. It’s possible. It can be done, and it might well prevent future foreign policy blunders with devastating results.
John A. Rassias
Dartmouth College William R. Kenan Professor