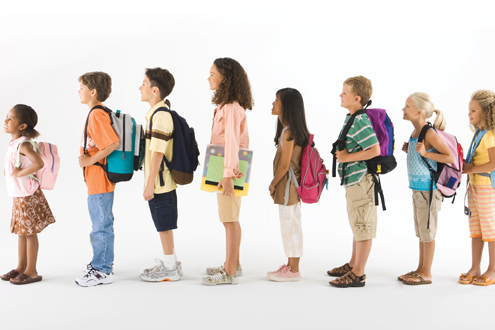 Daniel Ward joins supporters of the Languages for All? initiative in their mission to change the dynamic of world-language education

At the end of September, about 150 professors, business leaders, researchers, policymakers, and intelligence experts gathered at a one-day conference at the University of Maryland to discuss how best to act upon the “Languages For All?” white paper drafted by the university’s director of language policy initiatives, Dr. Richard Brecht, with Marty Abbott (ACTFL), Dan E. Davidson (ACIE), William P. Rivers (JNCL-NCLIS), Robert Slater (ACIE), Amy Weinberg (CASLS-UMD), and Anandini Yoganathan (British Academy).

The white paper summarizes the current positions as follows: “For decades, English-speaking countries have wrestled with the question of whether one language, English, is enough for their citizens. For its part, the U.S. has not made learning a second language a critical part of its education system, despite the demands of government and industry as well as the expectations of the overwhelming majority of parents across the country.”

The intention was to answer the following questions:

• Should the education system in the U.S. provide all children access to the interpersonal, developmental, and economic benefits of a second language?

• Are our schools, colleges, and universities capable of making and willing to make language education universally available? If so, how? If not, why not?

The paper offers evidence that:

• The demand for languages other than English has dramatically increased over the past decade, to the extent that the current education system can now be seen as failing to provide a critical skill to the majority of this country’s youth.

• Advances in science, technology, and best practices can make universal access to second languages feasible, but only if:

• scientific breakthroughs are exploited effectively by the formal education system and by the growing language services industry,

• research-based best practices in language education are identified and promulgated throughout the PK-16 system.
In light of this evidence, the document put forward the following recommendations, which combine top-down federal interventions and a bottom-up activism on the part of the “language enterprise,” a convergence of government, education, private industry, and heritage communities:

• Create a public awareness campaign on the personal and societal benefits, including national security and economic
competitiveness, of language education.

• Document across the language enterprise, what language learning resources exist, where they are, and how they can be accessed, together with standards and assessments that guarantee efficiency and effectiveness for program outcomes.

• Investigate the barriers at every level of the education system that are inhibiting the spread of language learning and teaching.

• Develop a research agenda that fills the gaps in evidence regarding universal access to language education.

• Initiate a national program of dual-language immersions among other program models demonstrating that learning languages can be effectively and efficiently integrated into a major part of the
PK-12 system.

Key to the initiative is the recognition that action is required at all levels — local, state, national, and international — if we are to begin to provide effective means for all students in English-speaking countries to gain competence in a second language. The conference was intended to be a springboard for change so here are some voices to the call.
— Daniel Ward is editor of Language Magazine.

“This effort, to ask what we ‘can’ do for language rather than the usual what we ‘should’ do, is an important next step for language in the United States. Our intent is to work towards building a unified ‘language enterprise’ in this country, one that focuses on making the case for ‘top-down’ policy as well as ‘bottom-up’ demand for language access for all Americans. This effort comprises education, government, industry, heritage communities, and overseas organizations,
including academies from Australia and the United Kingdom, working with our American Academy of Arts and Sciences.”
— Richard Brecht, Director of Language Policy Initiatives, University of Maryland

“From my perspective, the goal of the Languages for All? initiative is to reframe the policy and public
conversation about language education in the U.S. This entails developing:
• A coherent set of messages about the role of language as a key component of 21st-century citizenship and the consequential uses of language for security, economic wellbeing, and social justice.
• Model policies for state and local school boards.
• Model legislation for national programs to stimulate investment in language learning.
• A coordinated campaign to enact legislation and influence local decisions.”
— Dr. William P. Rivers, Executive Director of the Joint National Committee for Language – National Council on Language and International Studies (JNCL-NCLIS)

“The economic benefits of learning a language are compelling — speaking and reading Japanese allowed me to have an exciting career in inter­national business. But employers also value the intangibles that come from studying a foreign language. There is no better way to learn that people look at the world differently, and view how to solve a problem differently, than through studying another language. Problem solving is the most valuable 21st-century skill, and employers recognize the edge that foreign-language speakers have.”
— David Bong, Cofounder of Avant Assessment and its new CEO. Bong has 40 years of experience in domestic and international business management, sales, and business development. Prior to his founding Avant, a career in business in Japan gave Bong a strong appreciation for the power of language to enhance human interaction and build bridges.

“The Languages for All? conference highlighted the remarkable convergence between the
current situations facing the U.S. and the U.K. The problem is the same: the lack of people with the command of languages other than English required to satisfy the needs of business, industry, and government. The risk is the same: increasing displacement from a multilingual world. The challenge is the same: to enhance the place of languages and language teaching within schools and colleges. Moreover, both nations have a large underexploited capital in the form of many bilingual citizens who are given neither the opportunity nor the incentive to develop their languages within the existing education system. The conference also made it clear that the Australians face many of the same issues, but have been faster off the mark in addressing them. There is much to be gained from sharing knowledge and experience across the anglophone countries. In recognition of these shared issues and concerns, the British Academy, the Australian Academies of the Social Sciences and Humanities, and the American Academy of Arts and Sciences have agreed to draw up a Memorandum of Understanding with a view to collaborating and sharing best practice in our efforts to break what has been called a ‘vicious circle of monolingualism.’”
— Professor Nigel Vincent, Vice-President (Research and Higher Education Policy), British Academy