A Land of Contrasts 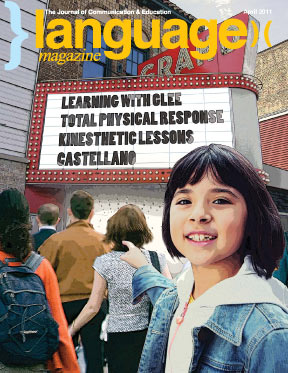 No matter which party is in power or what time of year it is, there is one thing that you can be sure of in America — whatever your viewpoint; there will be someone who believes the exact opposite.

Recently, the state of Arizona seems to have taken on the role of counterbalancing progressive opinion in its relentless victimization of undocumented immigrants but the decision of its Senate to ban state officials from speaking languages other than English (see News, p.10) seems to defy logic.

While the Arizona legislature was voting on this anti-lingual bit of law, our President was in Brazil, trying his best to endear himself to his hosts by speaking a few words of Portuguese, and explaining to the Brazilian people how American attitudes to its southern neighbors have changed, “Let us stand together — not as senior and junior partners, but as equal partners, joined in a spirit of mutual interest and mutual respect, committed to the progress that I know that we can make together.”

Also, last month saw U.S. Secretary of Education Arne Duncan hosting the First International Summit on the Teaching Profession in New York City (see News, p.9), the purpose of which was to “engage countries around the globe in an intensive discussion about promising practices for recruiting, preparing, developing, supporting, retaining, evaluating, and compensating world-class teachers.”

So, while most of us see the value in speaking other languages, communicating with and learning from people with different cultural backgrounds, the Arizona Senate thinks that its officials should not communicate in any language except English even though its population includes millions of Spanish speakers, it is home to hundreds of indigenous American languages (including the largest population of Diné [Navajo] speakers in the U.S.), it shares a border with Spanish-speaking Mexico, and over 40 percent of visitors to the Grand Canyon (its biggest tourist attraction) are from overseas. Surely the ability to communicate with your electorate in their language, potential visitors from overseas in their language, and business owners looking to relocate in their language is something that should be valued rather than banned?

However counterproductive this legislation may seem, the most amazing thing is that it will have plenty of supporters. The reality is that many of us have a quiet admiration for feisty conservatives who stubbornly oppose change and stand up for what they believe in no matter how absurd it is — maybe it’s the Walter Matthau effect. Everybody adores the grumpy old guy turned hero, and it’s about time that we recognize that the only motivation for such un-inclusive behavior is fear. And fear is neither a constructive nor an attractive motivator.

Arizona is a multicultural state blessed with astonishing landscapes, and vibrant, modern cities that need to look outwards if they are to develop. Suppressing linguistic diversity is not an option in today’s global society where everyone is a potential customer whatever language they speak so, in the end, such policy will only harm Arizona, as businesses will have to relocate to source the multilingual staff they need and those that remain will find that the rest of the world will carry on integrating with or without them.