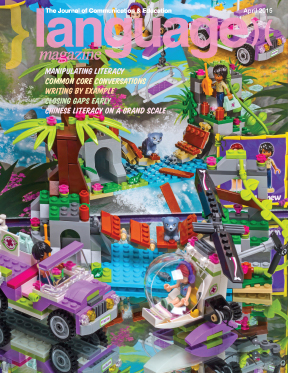 Never in history has it been more important to be literate, yet nearly one in six adults around the world cannot read or write in any language. In our communication age people need multiple literacies to be able to share the benefits of our increasingly complex technological society.

This lack of literacy limits personal development, economic success, opportunity, health, and freedom not only in developing countries but also here in the U.S. and other developed nations, where economically challenged minorities find it difficult to participate in the financial and political success of their countries in part because they lack the advanced literacy skills demanded by our digital society. Even though our official literacy rate is 99%, that figure is based upon the most basic level of reading. The National Assessment of Adult Literacy in 1992 and 2003 measured prose, document, and quantitative skills and found that roughly 15% of the population could function at the highest levels, while 50% were at either basic or below basic levels of proficiency in all three categories. The study identified a class of adults who, although not meeting criteria for functionally illiterate, face reduced job opportunities and life prospects due to inadequate literacy levels relative to the requirements of contemporary society.

This government study showed that 21% to 23% of adult Americans were not “able to locate information in text,” could not “make low-level inferences using printed materials,” and were unable to “integrate easily identifiable pieces of information.” Further, this study showed that 41% to 44% of U.S. adults in the lowest level on the literacy scale (literacy rate of 35 or below) were living in poverty.

Of course, the situation is much worse in other parts of the world. Just over two-thirds of non-literate people in the world are in Asia and the Pacific, while some countries, like Mali, have rates below 30%.

In 2000, the world’s governments committed to an agenda for education that promised good-quality universal primary education for all, and a huge reduction in the number of non-literate adults. Despite some progress, there has, overall, been a failure to fulfill these commitments. Statistics show that children are being schooled, but are not learning even the most basic literacy and numeracy skills, let alone the more complex creative, social, and analytical skills that are central to education. Recent estimates suggest that of the 650 million children of primary school age, 250 million are not acquiring even basic literacy and numeracy.

The challenges facing developing nations are very different from those here in the U.S. However, one solution may improve vastly different situations: increasing the use of mother-tongue education. Many immigrants to the U.S. and their children are being labeled incorrectly — non-English literacy is being confused with illiteracy, and research indicates that educational outcomes will improve if more of immigrants early education is in their mother tongues.

In many developing countries, a significant proportion of children enter school not speaking the language of the classroom. Without more use of the mother tongue, children’s potential will be wasted. As one World Bank study stated: “Fifty percent of the world’s out-of-school children live in communities where the language of the schooling is rarely, if ever, used at home.”

It is estimated that 221 million primary-aged children from minority-language and ethnic communities do not have access to education in a language they know. The unsurprising result is that literacy rates among ethnic and linguistic minorities are particularly low.

Advanced literacy is crucial to personal wellbeing, to the development of communities and nations, and to global security. It is in our own interests as well as those of our neighbors and fellow world citizens to do all we can to improve literacy at all levels. So, when research points to a solution that might help us progress, like increasing mother-tongue education, we’d be fools not to afford it our political, financial, and moral support.