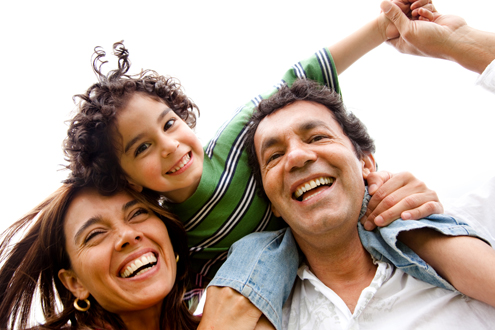 Speaking more than one language is good for the brain, according to new research that indicates bilingual speakers process information more efficiently and more easily than those who know a single language.

The benefits occur because the bilingual brain is constantly activating both languages and choosing which language to use and which to ignore, said Northwestern University’s Viorica Marian, the lead author of the research and a professor in the department of communication sciences and disorders in the School of Communication. When the brain is constantly exercised in this way, it doesn’t have to work as hard to perform cognitive tasks, the researchers found.

“It’s like a stop light,” Marian said. “Bilinguals are always giving the green light to one language and red to another. When you have to do that all the time, you get really good at inhibiting the words you don’t need,” she said.

The study, published online in the journal Brain and Language, is one of the first to use fMRI (functional magnetic resonance imaging) to test co-activation and inhibition in bilinguals. Co-activation during bilingual spoken language comprehension, a concept Marian pioneered in 1999, means that fluent bilinguals have both languages “active” at the same time, whether they are consciously using them or not. Inhibitory control involves selecting the correct language in the face of a competing other language.

Earlier in her career, Marian recorded eye movements to track co-activation and inhibition. She found that when bilinguals heard words in one language, such as “marker” in English, they often made eye movements to objects whose names sounded similar in another language they knew, such as “marka” which means stamp in Russian.
She is now looking at the brain itself by using MRI imaging, which shows blood flow to certain areas as the volunteers perform a cognitive task. The more oxygen or blood flow to the region, the harder that part of the brain is working.

In her most recent study, volunteers were asked to perform language comprehension tasks. Upon hearing a word, study participants were shown pictures of four objects. For example, after hearing the word ” cloud” they would be shown four pictures, including a picture of a cloud and a picture of a similar-sounding word, such as a “clown.” The study participants needed to recognize the correct word and ignore the similar-sounding competing word.

The bilingual speakers were better at filtering out the competing words because their brains are used to controlling two languages and inhibiting the irrelevant words, the researchers found.
The fMRI scans showed that “monolinguals had more activation in the inhibitory control regions than bilinguals; they had to work much harder to perform the task,” Marian said.

Other research suggests efficient brains can have benefits in everyday life. For example, bilingual children were better at ignoring classroom noise than children who speak one language, according to a study Marian recently coauthored with colleagues in the U.K., which was published last month in the journal Bilingualism: Language and Cognition.

“Inhibitory control is a hallmark of cognition,” said Marian. “Whether we’re driving or performing surgery, it’s important to focus on what really matters and ignore what doesn’t.”

The fact that bilinguals are constantly practicing inhibitory control could also help explain why bilingualism appears to offer a protective advantage against Alzheimer’s and dementia, said Marian.

“That’s the exciting part,” she said. “Using another language provides the brain built-in exercise. You don’t have to go out of your way to do a puzzle because the brain is already constantly juggling two languages. ”
Marian’s team included Northwestern Ph.D candidates Sarah Chabal and James Bartolotti. They collaborated with Kailyn Bradley and Arturo Hernandez of the University of Houston.

Marian grew up speaking Romanian and Russian. English is her third language; she also speaks some basic Spanish, French and Dutch.

“It’s never too late to learn another language,” she said. “The benefits can be seen even after just one semester of studying.”