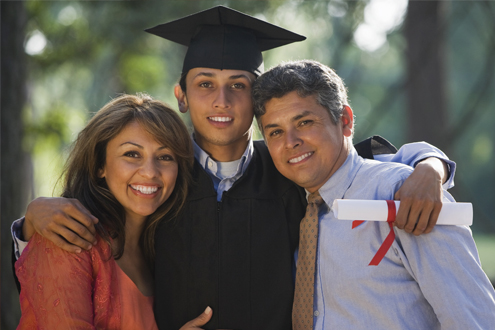 The Seal of Biliteracy campaign came about in the midst of increasing linguistic diversity and immigration and a simultaneous rise in political battles in California in response to those demographic changes, including a ballot initiative passed in 1998 that effectively banished bilingual programs. Large numbers of immigrant children were entering California schools with a language other than English, but the vast majority were losing those languages in a subtractive pattern — as they became more proficient in English, they lost their home languages. And yet, research was mounting about the benefits of bilingualism, employers were increasingly seeking workers with the skills to speak and reach across diverse communities, and the advent of the 21st century was stirring new dialogue about the kinds of skills young people might need for the new global, diverse century.

Californians Together, a coalition of 27 statewide parental, professional, and civil rights organizations focusing on improving policy and practice for the education of English learners, decided to take on the challenge of developing a campaign to create a shift in paradigm from seeing language diversity as a problem to viewing language diversity as an asset. The idea of a Seal of Biliteracy was born as a way to:
• Encourage students to pursue bilingualism
• Certify attainment of biliteracy
• Recognize and value the biliteracy skills of all students
• Provide employers with a method of identifying future employees with language and biliteracy skills
• Provide universities with a method to recognize and give credit to applicants with biliteracy skills.

Campaign
Californians Together embarked on a statewide effort to work with schools, districts, and county offices to develop model approaches for implementing a Seal of Biliteracy. This campaign drew its inspiration from the Multilingual Competency Award developed by the Glendale Unified School District in 1992.

Within two years, 66 school districts had signed on. The California School Boards Association sent a sample board policy out to all of its members. The teachers’ unions joined the Association of California School Administrators in statements citing their support for the idea of recognizing the biliteracy skills attained by young people. Chambers of commerce issued statements recognizing the value of biliteracy skills.

By June of 2011, more than 6,000 young people throughout California had been awarded Seals of Biliteracy on their high school diplomas. This groundswell made it possible to pass state legislation establishing the statewide California Seal of Biliteracy — the first state in the nation to do so.

In June 2012, the first cohort of seniors in California received the State Seal of Biliteracy to be affixed to their diplomas or transcripts. Over 10,000 students were honored for their proficiency in English and one or more other world languages. This past June 2013, the number more than doubled to 21,665 students. Over 170 schools districts, ten charter schools, and six county offices have participated in the State Seal of Biliteracy Program.

Of the students recognized in June 2013, 74% spoke Spanish, 11% French, 4% Mandarin, and 36 other languages including American Sign Language. Over 40% of the students were former English learners, a large number considering ELs are only 23% of the California student population.

Implementation
Any individual school, district, or county/regional entity can award a Seal of Biliteracy. The first step is to clarify the purpose and rationale for providing the award specific to the community. It might be about encouraging students to study languages, or affirming home language, or preparing young people for college and the workforce, or strengthening intergroup relations. What resonates in one community is not necessarily a priority in another. This leads to the formulation of a policy. The adoption of a formal policy gives weight to the statement by the schooling system that the skills of bilingualism have value.

The state legislation details the criteria for the award. For English, students must complete all English language arts courses required for graduation with a 2.0 grade point average and pass the state academic achievement test at the proficient level in the 11th grade. For most world languages, existing assessments, such as the SAT II, Advanced Placement, or IB tests, or completion of programs of language study simplify the challenge of certifying competency in a language other than English. English learners must also score at a proficient level on the English proficiency test.
Once the established criteria have been met, the award process is announced. Students apply for the award, and if they meet the criteria; the award is designed, and the award ceremony is held.

Districts have included the Seal of Biliteracy Award presentation at their senior awards night ceremonies. Bilingual/biliterate students are recognized along with students receiving academic scholarships and athletic awards. Parents see the talents and linguistic gifts of their young adults being honored, and they too are affirmed for their language and culture. At graduation most students march with a special medallion patch on their stole, or a cord indicating their biliteracy achievement.

Some districts are instituting “pathway” awards in addition to the Seal. Meant to encourage children from a young age to pursue language skills and to develop attitudes that value language diversity, the pathway awards also recognize age-appropriate proficiency that develops in multiple languages.

Now, through webinars and conference presentations with national audiences and the continued efforts by Californians Together to share the story and concept of the Seal of Biliteracy nationally, there is work being done to build on California’s experience and implement the idea in other parts of the country. In 2012, New York State past legislation that created a New York State Seal of Biliteracy, and in 2013, Illinois was next. Legislation is currently being proposed and discussed in Florida, Maryland, New Mexico, and Texas. Advocates and organizations in several other states are mobilizing to propose similar legislation. Although not an indication of biliteracy, the Minnesota World Language Proficiency Certificate recognizes students who demonstrate listening, speaking, reading, and writing language skills in another language.

In the last congressional session, Congresswoman Julia Brownley (author of AB 815) introduced HR 2549, the Biliteracy Education Seal and Teaching (BEST) Act, which would have created an incentive program to support states to develop and implement state seals of biliteracy and to enhance the current efforts in states that have already implemented such a programs. These efforts in local communities and in the nation’s Capitol are changing the conversation about the value and importance of bilingualism and biliteracy. Students with these competencies are prepared with the 21st-century communication skills needed for global competency, economic development, and community services.

The Committee on Economic Development stated, “To confront the 21st-century challenges of our economy and national security, our education system must be strengthened to increase the foreign-language skills and cultural awareness of our students. America’s continued global leadership will depend on our students’ abilities to interact with the world community, both inside and outside our borders.” Promoting and recognizing students who have attained these language skills in two or more languages bring us closer to meeting these challenges and position our students to be able to compete globally and build bridges across languages and cultures.

Laurie Olsen, PhD, is the director of the Sobrato Early Academic Literacy (SEAL) initiative in the Redwood City and San Jose school districts, as well as researcher and board member of Californians Together, where Shelly Spiegel-Coleman is executive director. Materials to support every step of implementation for pathway awards and the Seal of Biliteracy are available through the Californians Together website, www.sealofbiliteracy.org. Three videos following the journey of three high school seniors qualifying for the Seal of Biliteracy and young 3rd graders receiving biliteracy pathway awards can be viewed on www.YouTube.com/californianstogether.

For more information on the California State Seal of Biliteracy, see: www.cde.ca.gov/sp/el/er/sealofbiliteracy.asp.