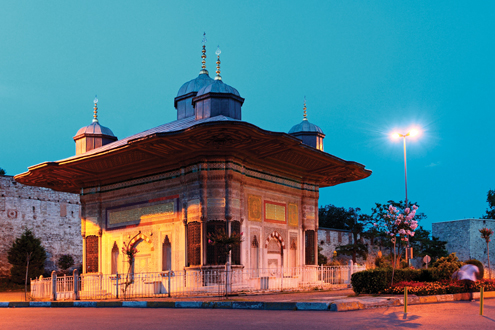 As a result of piqued interest in studying abroad in so-called non-traditional destinations, the Institute of International Education together with the Center for Academic Mobility Research have released a series of guides to expanding U.S. study abroad. While U.S. students have traditionally gravitated towards studying abroad in Western Europe, today’s students are interested in learning about cultures that are critical to U.S. strategic interests and in acquiring languages that will give them a competitive advantage in the global workplace.

The reports are part of a larger initiative to expand the capacity of non-traditional destinations, namely India, Turkey, and the Middle East, among other regions, to host larger numbers of U.S. students. The study was carried out as a joint effort between IIE, the Department of State’s Bureau of Educational and Cultural Affairs, EducationUSA, the Forum on Education Abroad, and the American Association of Community Colleges. Each report examines the status of bilateral relations between the U.S. and destination countries and report on challenges and opportunities that each destination presents. All reports reiterate the need the increase study abroad among U.S. students and the importance of encouraging students to embark on educational journeys by making them more accessible to all students, including community college students and students of diverse backgrounds, low incomes, and underrepresented fields of study.

Turkey
Due to its importance at the crossroads between Europe, the Middle East, and Asia, Turkey was chosen as the second pilot country (after India) for a new initiative launched by IIE. Turkish universities have participated in the Erasmus program, which aims to increase student and faculty mobility within European Union and EU candidate states. The program has also pushed Turkish universities to offer courses in other languages, usually English, to accommodate incoming students. Many Turkish institutions have strengthened their infrastructure for hosting international students and the majority, even in rural areas, have international offices or representatives.

The majority of existing study abroad programs in Turkey are based in Istanbul, with a few in the capital, Ankara. Several programs offer Turkish language courses, as well as other languages including Arabic, Kurdish, and Azerbaijani. Most short-term and summer programs also offer an optional “survival” Turkish language course. However, existing programs rarely have a Turkish language requirement, and most do not require students to take language courses while in Turkey. Among IIE’s recommendations is the need for increasing Turkey’s presence at U.S. institutions. Few U.S. universities offer coursework on Turkey or the Turkish language, leaving the country off the radar for many students. 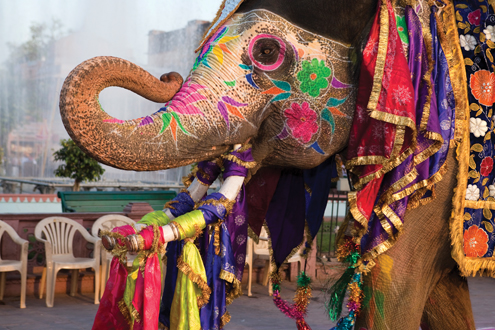 India
Despite India’s increasing popularity as a study destination, there are many challenges in trying to expand study abroad there, among them, the uneven quality of Indian higher education; a bureaucratic system that poses many hurdles to rapid expansion of Indo-U.S. educational collaborations; vastly different pedagogy and curricula; and misconceptions and stereotypes on the part of U.S. citizens about the country. Despite these initial challenges, India is a study abroad destination with a high degree of appeal and potential, given its diversity, long history, and increasing prominence in the world economy. While the number of U.S. students studying in India has increased by over 44% since 2008 to nearly 4,000, it is miniscule compared to the number of Indian students in the U.S. (about 100,000). Furthermore, the majority of U.S. students who study in India participate in short-term programs that are typically one semester or shorter (including summer programs), compared to Indian students who often stay in the U.S. for several years to complete their graduate degree programs.

Given India’s political and economic role in the global market, and its multitude of cultures and languages, it should be a more popular destination for international students, especially Americans. The majority of Indian universities, particularly the most distinguished ones, offer challenging and enriching programs in English, resulting in great potential for increased partnerships with U.S. institutions. As host to numerous international and domestic non-governmental organizations, development groups, and service agencies, India is an ideal location for programs focusing on human rights, peace, and social justice, as well as programs focused on business and entrepreneurship, and Indian languages such as Hindi and Urdu. 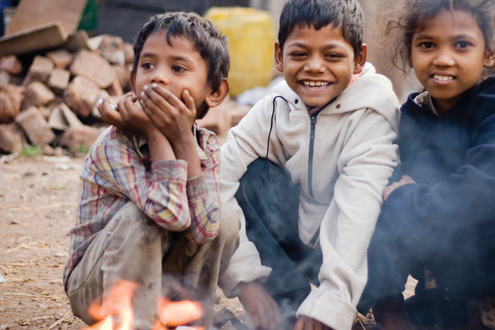 Arabic-speaking Countries
The Modern Language Association reports that Arabic is the eighth most studied foreign language among U.S. students, yet less than one percent of students study abroad in the Arabic-speaking countries. Egypt, Jordan, and Morocco host 80% of all U.S. students in an Arabic-speaking country, with Egypt receiving over 50%. The IIE report on challenges and opportunities for the expansion of study abroad capacities in the Middle East consolidates the discussions and agreements of a bilateral meeting of U.S. and Arabic educators.

All workshop participants from Arabic countries reported that their institutions want to receive more American students. Factors driving this recent and notable interest-in the past, some campuses were reluctant to host large numbers of Americans-include a regional trend toward the internationalization of higher education, student demand from the U.S., the financial incentive of additional tuition and fees, and an interest in promoting cultural understanding. Interestingly, more than 80% of Arabic respondents indicated that local political sensitivities posed no challenge at all to expanding U.S. study abroad in the region. Respondents pointed to resource constraints (especially in the areas of student housing and support services), lack of awareness in the U.S. of their programs, and high cost as the main factors hindering their institutions from receiving more American students.

Students’ lack of cultural preparedness was also raised. Participants, exchanging tales of American students’ cultural missteps, also underscored the need to give students ongoing cross-cultural training and support once in country; as one participant commented, “No matter how much information we provide them before they depart, most won’t absorb it until they arrive,” underscoring the transformative nature and importance of studying abroad versus studying Arabic or Arab Studies in the U.S.

Kristal Bivona is an assistant editor at Language Magazine and a Fulbright alumna.