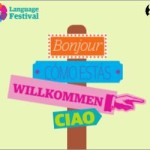 The British Academy and the Guardian newspaper are currently hosting the 2014Language Festival with the Born Global Symposia at the Language Show Live in London. Running from 17 October – 28 November 2014, the UK-wide festival celebrates the importance of language learning and the UK’s diverse cultural heritage.

Roger Kain, British Academy VP for Research and HE Policy, commented: “Celebrating the importance of language learning and the UK’s diverse cultural heritage, the festival provides a platform for schools, universities, students, policy makers and employers from across the UK to debate and explore the wide ranging benefits of language learning.”

Paul Johnson, deputy editor of the Guardian, said: “The Guardian is delighted to be working with the British Academy to raise a public debate about the importance in our global society of learning foreign languages and the value of our own indigenous and community languages here in the UK. This month long languages festival is a wonderful opportunity for thousands of people to be exposed to new languages while celebrating them also reminds us why learning foreign languages are crucial to our national success.”

, was the topic for discussion at a special event during the show. The Born Global Symposium saw two panels debate the interim findings and what they mean going forward.

In response to the report, the UK’s Minister of State at the Department for Education, Nick Gibb said:

“It is encouraging to see business recognizing the importance of learning a language. Our plan for education is helping to ensure that our education system produces better qualified linguists.

Already the EBacc measure has reversed the downward trend in GCSE (high school exam) entries in a modern language, with the number of entries increasing by more than 20% between 2012 and 2013, and the proportion of the cohort that this represents rising from 41 to 48%.

We hope that over time this will continue through into A-level (high school exit) and beyond, to ensure more young people can speak and write a foreign language. This important preparation for life in modern Britain will allow them to interact with native users of the language in a whole range of contexts, including business.”

Read the interim report and find out more about the project here.

The full report will be published in Spring 2015.

The Language Festival is part of a wider national campaign, aimed at encouraging schools and organizations to get involved with, and to help raise the profile of, language learning and showcase its importance for the UK’s wellbeing. The joint campaign is running until March 2015. Visit the Language Festival website to download the Language Festival packs and read more about the festival. Further details are also available via @gdnlanglearn, @britac_news and by searching #languagesdebate.