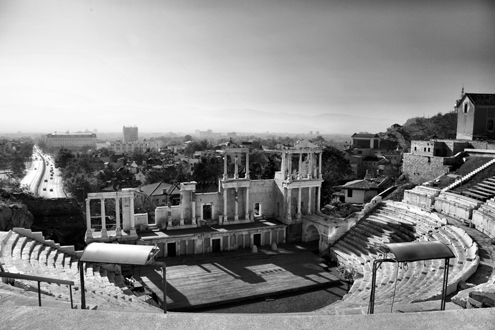 Now that Bulgaria is a full member of the European Union, expect to see its economy boom. Photographs by Athina Kontos

Language Variation
The official and spoken literary dialect is Contemporary Standard Bulgarian (Scatton, 1983). Palityan is functionally intelligible with Standard Bulgarian. When the Bulgarian nation was liberated from the Turks in 1878, the vernacular dialect spoken in the northeastern area of modern Bulgaria became the official language, since most of the leading public figures came from that area and the temporary capital of the country, Turnovo, was in the center of it. However, after the capital was moved to Sofia, in the western part of the country, the original northeastern dialect started undergoing a number of changes accommodating the different dialects spoken in and around the new capital, forming Contemporary Standard Bulgarian as spoken today (Scatton, 1983). 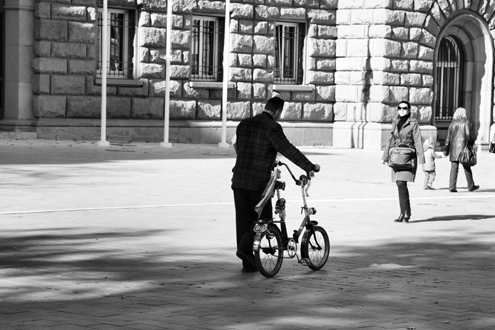 Orthography
Bulgarian, like many Slavic languages, uses the Cyrillic alphabet. The original Cyrillic alphabet contained 44 letters for 44 sounds; however, by the 19th century the Bulgarian sound system had changed dramatically and contained fewer sounds. That necessitated an alphabet reform, which reduced the number of letters used from 44 to 32; this modified alphabet was used until the orthographic reform of 1945. The alphabet used after 1945, the modern Bulgarian alphabet, has 30 letters.

Linguistic Sketch
Contemporary Standard Bulgarian is a fusional, inflecting language. The Bulgarian noun is inflected for number and gender (masculine, feminine, and neuter), while the case inflection, unlike in other Slavic languages, has been lost. The adjective agrees with the noun it modifies in number and gender. There is a small number of adjectives of Turkish origin that show no inflection. Adjectives have comparative forms formed by the addition of two preposed stressed particles. Personal pronouns follow the inflectional pattern of nouns, with the addition of person and case inflection (nominative, accusative, and dative). The definite article in Bulgarian is a weak form attached as a suffix to the first stressed nominal constituent of the noun phrase. The verb in Bulgarian has a number of simple, compound, and hybrid forms. The simple forms include a vestigial infinitive, which is not inflected, the present tense form, an imperfect tense inflected for person and number, an aorist also inflected for number and person, and an imperative with only two forms, second-person singular and plural. The hybrid forms include a number of participial forms (present active, imperfect past active, aorist past active, and past passive, all inflected for number and in the singular also for gender) and substantive and adverbial forms. Future tenses are compound forms created by present-tense verbal forms with the addition of an auxiliary. Each verbal stem denotes either perfective or imperfective aspect. There is no voice inflection. Voice distinctions are generally conveyed by lexical and syntactic devices. There are five moods: indicative, re-narrated (reported), which marks the speaker’s explicit assertion that he has learned what he is relating from a source other than his or her personal experience, imperative, subjunctive, and conditional. There is a subject-verb-object word order preference in Bulgarian, especially in neutral pronunciations of sentences. However, word order is relatively free, and many permutations of ordering of subject, object, and verb can be found. Noun phrase elements like adjectives, demonstratives, and numerals usually precede the noun.

Role in Society
The speakers of Contemporary Standard Bulgarian constitute the dominant speech community in Bulgaria. There are a number of other languages and dialects in Bulgaria: Turkish (845,550 or 9% of the population spoken in the Kurdzhali Province and its neighboring areas of South Bulgaria, along the Danube, and various regions of East Bulgaria); Romani, Balkan (187,900 or 2% of the population); Romanian, Macedo (2,000 to 3,000); Crimean, Turkish (6,000); Gagauz (12,000); Albanian (1,000); Romani, Vlax (500); and Macedonian (an undetermined number of inhabitants of the Pirin region living in the area of Bulgaria bordering the Former Yugoslav Republic of Macedonia
claim Macedonian as their mother tongue). 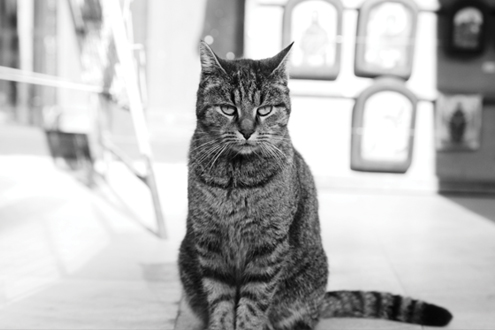 History
After the Great Migration of the Slavs (by the end of the sixth century, they had started migrating south of the Danube and settling in the Balkans), the Common Slavic language slowly disintegrated and the modern Slavic languages began to develop. Although the Bulgars were originally a Turkic-speaking people from Asia, they merged with the Slavic tribes whom they conquered in the seventh century AD in the territory of present-day Bulgaria and took over their Slavic language.

The development of the Bulgarian language began in the ninth century and is divided into three periods: Old, Middle, and Modern. The Old Bulgarian Period lasted from the ninth century through the eleventh century, and it was during that time that the Bulgarians were the first among all Slavs to adopt the Cyrillic alphabet. Cyril and Methodius chose the dialect of the Bulgarian Slavic tribes residing in the area as the foundation for the creation of the new alphabet. Hence the language written in this alphabet is known as Old Bulgarian, Old Slavonic, or Old Church Slavonic and is still used as a liturgical language in Eastern Orthodox Slavic churches.

For most of the Middle Ages, Old Bulgarian was the language of the ecclesiastical literature and of official and diplomatic documents of the Eastern Orthodox Slavs. The Middle Bulgarian Period lasted from the twelfth century through the 14th century. The Turkish conquest of Bulgaria in 1396 seriously hampered the development of the Bulgarian language for several centuries. The Modern Bulgarian Period started in the 15th century, but the modern literary language, which is quite different from Old Bulgarian, formed only during the 19th century. After the Bulgarians achieved independence in 1878, a modern literary language based on the vernacular emerged. Modern Bulgarian, which dates from the 16th century, borrowed many words from Greek and Turkish during the period of Turkish domination; more recently, it has borrowed words from Russian, French, and German. 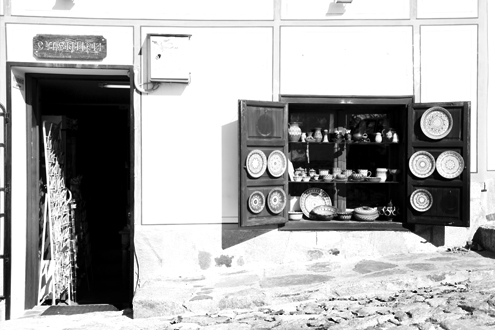