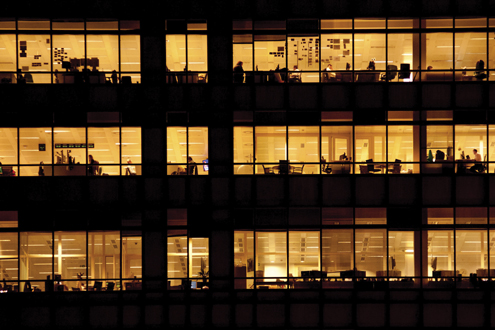 Introducing cultural issues in the business English for specific purposes (ESP) curriculum is a daunting task, given the complexity and scope of the topic, as well as the perceived limitations of a business English course. Many practitioners avoid raising these issues as a result, or simply because they appear to be beyond the scope of a language course, especially business English. Nonetheless, creating a curriculum that does not acknowledge the importance of culture, including pragmatics and critical thinking, and its effect on communication would be irresponsible when preparing students for international business interaction. As Paul Marer, professor of international business at the Kelley School of Business, Indiana University, has written, “understanding and dealing with cultural differences is necessary for business success.”

Perhaps the need for cultural study is illustrated by a recent comment from a student in class. When he learned he was being sent to the Middle East for business, a colleague told him to prepare by watching the movie Lawrence of Arabia.

Given this kind of ad hoc advice and the absence of alternatives for cultural studies, especially for business professionals, one could reason that culture should not be optional but a requirement in the standard business English curriculum. Moreover, the task of introducing students to culture as part of the business English curriculum need not be as daunting as some practitioners believe. In fact, introducing culture can take several forms, but it is recommended that cultural components be consistently included and ultimately integrated into the curriculum. The following suggestions are based on the experience of teaching a business-English-communication series of courses in Japan for the past seven years at the UCLA Extension Tokyo Center.

Etiquette: Some programs introduce business etiquette, such as exchanging business cards, greetings (that is, shaking hands), gifts, punctuality, first or last names, titles, and so forth. In other words, they identify behaviors in specific business situations. See ExecutivePlanet.com.

Culture Metaphors: Going a bit deeper, some materials employ metaphors, such as the culture onion or iceberg, to introduce culture and generate discussions of topics such as identity, child-rearing, attitudes toward age, education, community, individual roles, gender, decision-making, and attitudes toward foreigners. These topics delve a bit deeper into culture, where the emotional loads are more intense, yet still remain in the awareness of the student and society.

Culture Frameworks: Another approach involves identifying cultural values, which are often outside of personal and societal awareness, and carry very intense emotional loads. These concepts, which have been identified and developed by Edward Hall, Geert Hofstede, Fons Trompenaars, and John Mole, among others, are sometimes referred to as cultural frameworks. They focus on values, not behaviors, such as direct or indirect communication, hierarchy, organization, leadership, time orientation, individualism, and ability to accept risk and ambiguity. Moreover, these approaches have a specific applicability to business situations, making them immediately relevant to ESP students. Such values can influence important business functions such as meetings, negotiations, leadership, organizational structure, marketing, and socializing.

In the BEC program, the latter two cultural approaches were used, because surface culture and etiquette, although good to know about, are not as critical to effective communication and understanding in international situations. For example, in Japan, the exchange of business cards is an expected formality. But if someone fails to produce a business card or handles the exchange poorly, it would not jeopardize a significant business deal. On the other hand, failure to understand the deeper values of Japanese culture, such as harmony and consensus, can lead to serious breakdowns in communication, understanding, trust, and relationships.

Incorporating Cultural Activities into the Lesson
At the lower-end courses of the program, students are presented with worksheets on cultural topics which are designed to raise awareness and create discussions. Partly because of the limited vocabulary skill and language proficiency of intermediate-level students, brief worksheets can help them engage in meaningful communication and interaction based on the cultural topics. Such topics could include gender, positive communication, sports, meetings, telephone calls, and other themes including case studies of intercultural situations requiring cultural considerations. A set of worksheets, such as Cambridge University Press’s Intercultural Resource Pack, can help get the class started in developing awareness.

As students begin to appreciate these discussions, cultural metaphors, such as the iceberg or onion, may be introduced along with some of the fundamental concepts of Edward Hall. Hall, who once wrote that “culture is communication,” is known as the founder of intercultural communication. Aside from linking culture to psychology, he was the first to introduce widely recognized concepts such as high-context and low-context cultures, individualism and collectivism, and other ideas.

One-page worksheets on specific topics or short narratives are easily incorporated into the intermediate language curriculum because they require critical thinking, reasoning, summarizing, and expression of opinions. In many cases, the worksheets give opportunities to make brief presentations as well.

As students move into high-intermediate and advanced-level business English, they are introduced to more systematic cultural studies and concepts, sometimes referred to as frameworks. Geert Hofstede, Fons Trompenaars, and John Mole are some of the better-known authors. We choose one of the authors to be the cultural focus of one business English course. Students are introduced to the author and a representative work, which serves as a reference source throughout the course. They are then asked to select a country which they will profile, culminating in a final presentation toward the end of the course focused on how to do business in that country.

They are encouraged to do some background research on their chosen countries, such as demographics, economics, climate, and other important characteristics, using sources such as the World Factbook website, which gives updated statistics on countries worldwide. Then, each class focuses on one of the cultural concepts, whereby students use the site to evaluate the profile country and contrast it with their own country (in this case, Japan). For example, Geert Hofstede, who describes culture as the “software of the mind,” identifies six cultural concepts: individualism or collectivism, power distance, uncertainty avoidance, masculinity or femininity, pragmatic or normative, and indulgence or restraint. A seventh concept, primarily applied to East Asian countries, is long-term orientation. During each class, students in small groups or pairs report on their profile country, and discuss each cultural concept separately. By the end of the course, they will make full reports on their target countries using all the concepts.

From a language perspective, throughout this activity, students are required to use critical and creative-thinking skills to hypothesize, analyze, discuss, offer opinions, answer questions, explain, summarize, and make a presentation. Because the books and authors used primarily are interested in intercultural business, the approach is compatible with the overall course topic of business English.

Staying Positive
Students are encouraged to challenge any of the findings and not to view the cultural scores as rigid laws of society, as well as to be creative in the application of the concepts and their analysis, or to interview someone from the culture under study. Nonetheless, if they disagree with a finding, they are urged to support their opinions with evidence beyond anecdote or stereotyping. In this way, the frameworks become a starting point, not an end point, for thinking about and discussing the deeper values that inform cultures. Moreover, they offer opportunities for critical thinking as well as the expression of opinions.

Staying positive in the discussion is paramount. Students are also encouraged to be diplomatic in talking about the values of other cultures. Differences do not equal “good” or “bad” but variations in the way humans organize their societies and organizations. This can be seen even in the vocabulary used to describe cultures, which helps bring out nuances of word meanings for language learners. For example, instead of using the word “stubborn,” as in resistant to change, a more diplomatic choice would be “persistent.” Instead of using the term “selfish,” as in having individualistic values, perhaps a better alternative would be “self-reliant.”

Cultural issues can appear threatening to language learners and make them defensive or reluctant to express their opinions. So, it is important to guard against viewing any country pejoratively, or conversely appearing to elevate a culture. Students are cautioned about the “self-referential criterion,” where people tend to evaluate other cultures using their own as the standard. If students become reluctant to express their opinions, it is best to give them time or examples of how other students have interpreted the cultural concepts. This sometimes raises the question of “why” a culture has a characteristic, which may be influenced by history, religion, geography, means of livelihood, education, and child rearing, to name a few, but it is important to resist making unsupported assertions. In fact, the frameworks identify attitudes, like opinion polling, and are not attempting to answer the question of “why” but to isolate opinions on discrete topics, such as leadership or organization. In this way, students are encouraged to hypothesize and make suggestions as to the influences on cultural values.

Even though one’s country tends to be the most significant factor influencing values, in-culture variations also exist. These variations may include gender, age, education, profession, and personal experiences.

It is clear that all language students, including ESP students, need to be introduced to cultural issues regularly and consistently throughout the curriculum. Moreover, the excuse that culture is too complex a topic for an ESP course or beyond the scope of business English is a specious argument. In fact, not only are cultural issues inherently interesting to language learners, they are also necessary for effective international communication. In addition, they lend themselves to language-learning exercises that focus on higher-order and critical-thinking skills, such as comparing and contrasting, summarizing, reasoning, hypothesizing, expressing opinions, making suggestions, and presenting.

One of the difficulties with introducing and integrating cultural topics into the curriculum is that several approaches can be used, including surface culture, business etiquette, cultural metaphors, and values. Some consideration needs to be given to the language level of the students, including vocabulary support and modeling, but all language learners can engage in cultural exercises. So, selecting the cultural approach and appropriate materials, or creating original exercises and activities, is necessary. Having some kind of an end product, or output, such as a country profile, a marketing plan with cultural aspects, or presentations, helps students to acquire the language and begin to form their own views of culture.

Finally, it is important to view cultural topics in the classroom as a starting point, not an end point, for discussions and other activities. Students should be encouraged to challenge the ideas presented by the texts, worksheets, and authors, as well as to conduct background research on countries on the internet and through other sources. A cursory review of references on the internet will reveal a large body of work in the field of intercultural communication, providing many future opportunities to re-examine culture and its importance in the language classroom, in international communication, and in business.

David Tedone, Toyo University, taught business English at the UCLA Extension Tokyo Center and at schools in Boston and Rome, Italy. He holds an MA applied linguistics, University of Massachusetts, Boston, and an MA in English, University of Connecticut. In 2010, he was named a Distinguished Instructor at UCLA Extension.