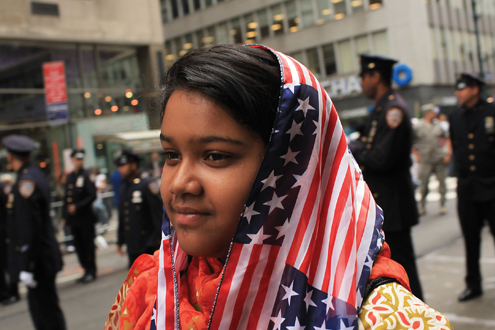 Kathy Stein-Smith assesses the role of the Language Enterprise in addressing the U.S. world-language deficit

Relatively few American students study world languages, with only 18.5% of K–12 students and only 8.6% of college and university students enrolled in a course in a language other than English, according to the American Council on the Teaching of Foreign Languages (ACTFL) and the Modern Language Association (MLA) respectively. Over the past 50 years, among college and university students, enrollment in a language other than English has decreased from 16% to 8.6%, just as the world was transitioning from the postcolonial to the global era. Al­though the precipitous decline in world-language enrollments in the 1970s and 1980s has stabilized, world-language enrollments have not increased in proportion to globalization.

Across the Atlantic, 56% of Europeans are capable of holding a conversation in a second language, and studying at least one foreign language is the worldwide norm.

The Language Enterprise, as coined by William Rivers, director of the Joint National Committee for Languages and the National Council for International Studies (JNCL-NCLIS), in his 2013 presentation “Language Enterprise in the U.S.: The Public and Private Sector,” is a collaborative partnership of education, private enterprise, and government in support of world languages and world-language education.

The effectiveness of this partnership has been recently demonstrated in the U.S. by the Many Languages, One World Essay Contest and Global Youth Forum at the United Nations and by the British Academy’s language program and related government and private-sector initiatives in the UK.

Many Languages, One World
The Many Languages, One World (MLOW) Essay Contest and Global Youth Forum, sponsored by the United Nations Academic Impact (UNAI) and ELS Educational Services, and hosted by Adelphi University, invited college and university students from all over the world to write essays in one of the official languages of the United Nations — but not the students’ first languages — on the UNAI principles. The contest was launched in October 2013, with the purpose of promoting multilingualism and encouraging study of the six official languages of the UN, and the essays were due in March 2014. Over 4,000 people were involved in the process, with almost 1,500 students from 128 countries submitting essays and recommended by faculty members at their institutions.

After a rigorous selection process, which included evaluation of their essays, recommendations from faculty at their home institutions, and Skype interviews to confirm conversational proficiency so that they would be able to present in the target languages and respond to questions and comments from the audience, ten winners were selected for each of the six official languages of the UN and were brought to New York, all expenses paid, for a week, during which time they made their presentations at the UN General Assembly. Winners were from 26 different countries on six continents and included eight U.S. students.

The winners spent their first full day in the U.S. working with the other students in their language groups and their language-group facilitators preparing their presentation, and the guiding principle for the preparation workshops was appreciative inquiry.

The second day was spent at the UN. Each of the student winners had the opportunity to present in the language of his or her essay on one of the ten principles of the UNAI. The French-language group, which I was honored to work with, presented on principle three, “educational opportunity for all people regardless of gender, race, religion, or ethnicity.” After the presentations, the students had lunch in the delegates dining room, where they were seated by language and joined by UN staff and dignitaries who spoke their languages. The French-language students were joined by two ambassadors, a UN student intern, and UN staff members, all francophones, who answered questions and shared experiences in French. The weekend included a full schedule of educational and enjoyable activities for the students, most of whom were in the U.S. and New York City for the first time.

The collaborative partnership of the UNAI, ELS Educational Services, and Adelphi University had the synergy to create a high-profile event which brought together students from all over the world and empowered them to present at the General Assembly. In addition to fostering friendships across cultures, MLOW received significant online press coverage around the world.

The most striking aspect of this inspirational event and stunning example of the Language Enterprise in action was the camaraderie among these students from all over the world.

According to its website, the UNAI, which observed its fourth anniversary in November 2014, is “a global initiative that aligns institutions of higher education with the United Nations in furthering the realization of the purposes and mandate of the organization through activities and research in a shared culture of intellectual social responsibility.”
For details on entering the 2015 competition, see page 16.

The British Academy Language Program
The British Academy language program, a four-year initiative launched in 2011, has highlighted the need for world languages through newspaper articles, research publications, and public events, such as the Language Festivals of 2013 and 2014.

Publications include Lost for Words: The Need for Languages in UK Diplomacy and Security (2013), Talk the Talk (2013), Languages: The State of the Nation (2013), andposition statement “Language Matters More and More” (2011). “Born Global: Rethinking Language Policy for 21st Century Britain” is scheduled for publication in 2015; interim findings were presented at the Languages Show 2014.

The “case for language learning” series of articles published in the Guardian newspaper, the School Language Awards, and the Public Language Champion Awards are examples of the Language Enterprise collaborative partnership of the private/academic sector with the corporate sector.

During this same period, the CBI/Pearson Education and Skills Survey 2014, “Gateway to Growth,” highlighted the importance of languages, and the British Council published Languages for the Future (2013). Following that the national curriculum included additional world language requirements in September 2014 (see “Elementary Practicals,” LM November 2014), and world-language requirements have been added to high school exit exams.

The challenge remains the global reluctance among English speakers around the world to dedicate the time and effort necessary to acquire foreign language skills at the level of proficiency or fluency necessary for them to be a career asset. While many English speakers may believe that, as English is the global lingua franca, they do not need to learn another language, this is far from true in a globalized world where 75% of the population does not speak English.
A strategic social-marketing campaign to raise awareness among Americans of the importance of world-language skills is needed, and this campaign needs to be a collaborative initiative, with participation across the entire Language Enterprise of education, government, and business.

In order to be effective, the strategic social-marketing campaign for world languages will need to operate at the local, state, and national levels to raise awareness of, and interest in, other languages and cultures among Americans. In addition, U.S. students need to be made more aware of the career and professional opportunities available to those with foreign language skills, and programs to develop these skills, particularly in languages for specific purposes and business-language studies, need to be promoted and expanded. On campuses and in the classroom, extra- and co-curricular activities make all the difference, with service learning and experiential learning, as well as language houses, festivals, and library language tables among the available options.

Programs for heritage-language speakers designed to respond to their specific language-learning needs need to be expanded in order to empower them to improve their career prospects, but also to maximize their potential contribution to business and government.

High-profile programs and events, like Many Languages, One World and the British Academy language program, are examples of effective Language Enterprise collaborative partnerships, which have the potential to change the world-language-learning paradigm.

According to Languages for All?
The Global Anglophone Challenge
“In recent years, much of the discussion regarding foreign language education has centered on its perceived benefits: a more robust economy, stronger national security, improved cognitive ability, and advantages in college admissions and the job market, just to name a few. Recent surveys show that 85% of American adults now believe that it is important for youth to learn a second language, yet 79% of Americans are still monolingual. It’s time to shift the discussion from ‘Why should we learn a second language?’ to ‘Why aren’t we learning languages?’”

Kathy Stein-Smith, who was honored to have participated as the French-language facilitator of the Many Languages, One World initiative, has just been appointed chair of the AATF (American Association of Teachers of French) Commission on Advocacy. She is associate university librarian of the Frank Giovatto Library at Fairleigh Dickinson University, New Jersey.