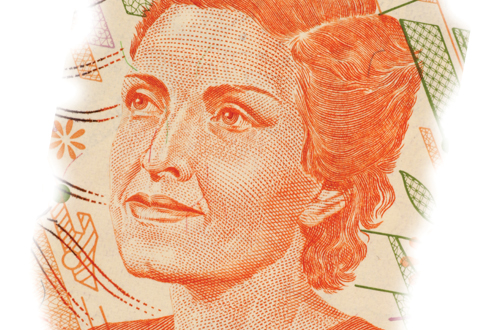 There is an increasing demand for effective critical cross-cultural communicative competence (CCCCC) in language professionals in general and TESOL (Teachers of English to Speakers of Other Languages) professionals, in particular, who also possess a critical pedagogical and technological competence. The reason behind this is the increasing number of culturally and linguistically diverse students, as well as the global socio-economic and political technological developments of our times.

To develop critical cross-cultural communicative and critical pedagogical competence with a technological element, Sehlaoui (2011) proposes a unique theoretical and practical model that is based on a critical conceptualization of culture. Culture is defined in this model as a dynamic process within a given social context in which individuals are in a constant struggle for representation and the need to have an authentic voice. The language classroom, like any other social situation, is an example of such a context. Each individual in the classroom must be considered to be culturally unique. Within the same culture, we can find many co-cultures (especially of dominating and dominated cultures, in terms of gender, race, language, social class, physical disability, etc…) that yield some lived antagonistic relations, which can hinder the development of a CCCCC. To develop such competence in language educators, Sehlaoui (2011) argues not only for the need of a curricular model which aims at providing a comprehensive theoretical framework for developing cross-cultural communicative competence in language and TESOL professionals, but also for the need of a more critically-based perspective on the development of this competence in language educators.

The questions that are often addressed by professionals, who believe in education that aims at empowering teachers and learners and at enabling them to reconstruct society to better serve the interests of all groups of people, are: (1) How can a teacher teach in such a widely diversified society?; (2) What sort of curriculum should be developed?; (3) Are all students taught the same curriculum?; (4) What teaching strategies are used?; (5) Are teachers aware of the hidden curriculum?; (6) If they are, what do they do about it?; (7) Do language teacher education programs really prepare teachers for such challenges?

In order to address such questions, language educators have to ground both the content and process of their instruction in their students’ lived experiences and a critical conceptualization of culture. Hegemonic practices and views have to be identified and dealt with appropriately. To teach language effectively, teachers need to utilize a multi-modal and rich repertoire of instructional strategies that builds on students’ learning styles and aims at developing critical thinking skills, analysis of alternative viewpoints, and social action skills (Giroux, 1992; Goodman, 1995; Grant & Sleeter, 2011; Sehlaoui, 2011; Shannon, 1992; and Sleeter & Grant, 1999).
To empower students through school experiences, Aronowitz and Giroux (1993) argue that “one of the key elements in their education must be that they acquire mastery of language and the capacity to think conceptually and critically” (p.158). This means that the strategy is to use school to develop in students the skills needed for social action for a better world. The following vignette is an example of such critical pedagogical approach:

The teacher comes in and greets her class of kindergartners, “Good morning class! How are you today? ..Class, do you see anything wrong in this classroom?” the teacher asked. “Yes!” one student replied. The little one observed that one of the legs of the teacher’s desk was broken. Actually, this teacher tried to get her school administration to do something about it, but it was in vain. Today she decided to use a critical pedagogical approach to teaching literacy to address this problem. She asked the students to observe, illustrate, and document the problem using their invented spelling and emergent literacy skills. The teacher applied the writing process approach and the scientific method to involve her learners in authentic learning. She guided them through the stages of the approach (from the pre-writing, to the drafting, going through the revising and getting to the final stage, publishing). The kindergartners got together and worked on a report using their beautiful emergent literacy skills. They also used the scientific method. They went from observing and collecting data, to analysis of data, interpretation of the data, and conclusions. To publish their neat reports, the teacher sent copies of these reports to the parents, some community businesses, and the principal among other audiences.

Do you know what happened the following week? Well, the teacher received a very good response and got not only her desk fixed but new classroom furniture, richer language instructional materials, computers, and much more. Oh, I forgot to mention that her principal called her to the main office, of course, but she was able to speak the language of critique, i.e., she defended herself pedagogically.

This is an example of how literacy can empower teachers and learners regardless of their educational level or purpose (Sehlaoui, 2001c). The above scenario also illustrates a strategy explained by Tidwell (1993) through the concept of appropriation. The act of appropriating something, according to Tidwell, “implies both accommodation and resistance — accommodation to the forms, concepts and/or values of the dominant culture and resistance through the redefinition and utilization of these for ends that are different, if not counter to their dominant meanings or usages” (p.30). In other words, language educators should have a solid background in both critical pedagogy and the cultural politics of language education. This view of language education aims at helping educators become not only critical intellectuals but also transformative intellectuals in society. To speak the language of critique means that teachers are able to defend what they are doing in their classroom pedagogically as illustrated in the preceding scenario (Giroux, 1992). They should be able to explain not only what they teach, but why they teach what they teach, and the way they teach it. The next step is to speak the language of possibility or connect what they teach and how they teach it to the socio-cultural context of their students and to bring about change for a better world (ibid). That is exactly what the above kindergarten teacher did. This kind of pedagogy that empowers language teachers and learners is based on a dialogical and sociocultural theory (DSCT) of second language acquisition (Johnson, 2004), where students of language interact with their social contexts and use language meaningfully for real purposes to express their authentic voice.

The quoted scenario also illustrates how a critical-incident approach and critical pedagogical approach can be used to empower language learners and educators. Sehlaoui (2011) offers other practical suggestions and hands-on activities, including the use of CALLT (computer-assisted language learning and teaching) to help move our practice beyond the traditional concept of culture as being based on nationality or a static commodity in order to prepare teachers and second language learners to contribute new voices and become active participants in the target language and culture as they contribute in the development of democratic societies. Research-based and classroom-tested activities are shared by this researcher as examples of a critical process-oriented pedagogical approach in developing CCCCC. The integration of CALLT provides language teachers with essential tools and resources in this information age (Sehlaoui, 2011; 2001b). It should be emphasized here that any attempts that aim at developing a critical cross-cultural communicative competence should focus on the processes involved in the development of CCCCC rather than the products or facts. Seelye (1993) describes facts as cheap and meaningless unless they are interpreted within a critical incident situation. According to Seelye, focusing on facts or products only in dealing with culture is ineffective for several reasons:

1. Facts are in a constant state of flux. Specific data may not hold true across time, location, and social strata (Jarvis, 1977; Galloway, 1985).

As emphasized in Sehlaoui (2001a), “This means that the ultimate goal of ESL/EFL teachers should not be to provide students with bits of information but rather help them attain the necessary skills that will enable them to make sense out of the cultural information that they themselves will discover, as critical ethnographers” (pp. 52-53). Language educators should engage in critical ethnographic research and conduct action research that empowers their learners and themselves to move the profession forward.

The critical pedagogical model proposed supports native literacy, while students are acquiring another language, and explains that maintaining native language and culture not only empowers learners and makes them feel good about themselves, but also supports second language acquisition and academic success. The unique role of heritage languages is that they take the learner into a world that is personal in a profound sense, while introducing other learners to a multiplicity of cultures that can help them develop more democratic values and attitudes and become more active participants in the pluralistic society. Teachers and parents need to support heritage language education and become aware that bilingual children outperform their monolingual peers academically (see for example: Cummins, 1989; Holm & Holm, 1995; Platero, 2001; Thomas & Collier, 2002).

Unfortunately, lack of awareness of the importance of native literacy in the process of language acquisition leads second language learners to believe that their native tongue is not important and/or useful and language loss happens as a consequence. The following quote from a parent illustrates this:

“My children are losing their heritage language. I’m aware of that. I hear them talking English among themselves at home all the time. I don’t know what to do about it. My children watch TV a lot, play videogames, 360, DS, and X-Box. All is done in English. I think they are losing their language because they spend so much time at school, too. They leave home around 7:15 am and come back around 4:15 pm. That’s nine hours of intensive communication in English and when they come home they watch TV and play those games in English. This is very sad.”

The above authentic voice illustrates a common problem among families of immigrants in the U.S., and perhaps worldwide, where a dominant language is used and when a hegemonic function or approach of language education is utilized. The above statement clearly explains the daily struggle that takes place between the dominant language and the minority languages. It also illustrates how culture is viewed here as a struggle over meaning and representation and the need to have an authentic voice (Sehlaoui 2001a and 2008). In other words, the parent’s complaint is an example of how the socio-economic context and the inherent power relations play a role in determining the fate of a language or culture in a given socio-economic and political context. Hence comes the need to prepare language educators who possess a critical cross-cultural communicative competence and are able to use a critical pedagogical approaches to empower themselves and their learners.