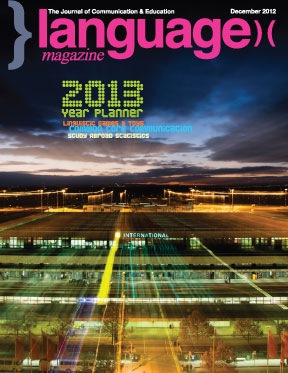 Now that the President has secured his second term, maybe we will see more federal focus on education and fulfillment of some of the hopeful pledges of the 2007 campaign. Unen­cum­bered by the distraction of re-election and invigorated by overwhelming support from Hispanic voters (amongst whom education has remained the most important issue even during these difficult economic times), Obama has a golden opportunity to champion educational equality for America’s diverse student population.

In the President’s own words, “there is no stronger weapon against, and no better path to opportunity, than an education that can unlock a child’s God-given potential” so a fitting legacy would be the institution of a federal system to balance out educational inequalities and prepare our children for the opportunities of the 21st century.

So far the Obama administration’s education policy has centered on its Race to the Top initiative which has concentrated on evaluation and is yet to have much effect on the achievement gap, and the Department of Education’s blueprint for reauthorization of the Elementary and Secondary Education Act also emphasizes evaluation by ensuring that grants for English learners will only be made available to states which “establish new criteria to ensure consistent statewide identification of students as English Learners, and determine eligibility, placement, and duration of programs and services based on the state’s valid and reliable English language proficiency assessment; and implement a system to evaluate the effectiveness of language instruction programs, and provide information on the achievement of subgroups of English Learners so as to drive better decisions by school districts for program improvement and support districts in selecting effective programs.”

Grantees may provide dual-language programs, transitional bilingual education, sheltered English immersion, newcomer programs for late-entrant English Learners, or other language instruction programs. But, districts that are not improving the performance of English Learners will lose flexibility around the use of funds and will have to work with the state to implement more effective strategies.

However, this blueprint was crafted over two years ago and there are signs that the administration is becoming more innovative in its approach to education. Support for the DREAM Act and the new policy of “deferred action” suggest a more inclusive approach which may lead to more acceptance of different learning styles and more support for English learners.
Another encouraging sign is that The Department of Education has just published its first-ever, fully articulated international strategy (see News, p.10), which includes the following paragraph, “Even in a world where English is often considered the primary lingua franca, speaking another language and understanding the culture that accompanies the study of this language, improves communication and effective working relationships. This is true across disciplines from academia and business to healthcare, intelligence, law enforcement, and the military. In addition, foreign language study leads to an increased understanding of one’s native language and has been shown to improve cognitive development and academic performance.”

The UK is now requiring all elementary schools in the country to teach at least one world language to all seven- to 11-year olds (see The World as We Speak, p.13) so the suggestion that the federal government support states’ efforts to provide world languages is not beyond the realms of possibility.

It remains to be seen if these strategies will be supported by more than rhetoric. However, there is no time better than the beginning of a president’s second term to be optimistic that with the right argument and the right pressure, the right policies might just be enacted.

Cutting to the Common Core:
Communicating on the Same Wavelength
Kate Kinsella explains why we should stop scolding teenagers and their schools

Despite Economy, Study Abroad is on the Rise
Open Doors Report reveals growth in international study

NIEA Calls to Action
‘Empowering tribes and Native communities is critical to providing our children with high-quality education. Passage of the Native CLASS Act is an important and much-needed step in that direction,’ says NIEA President Dr. Heather Shotton

Last Writes Richard Lederer muses upon our most precious commodity