Despite Economy, Study Abroad is on the Rise 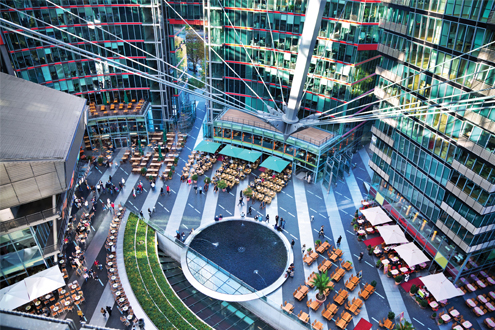 The Open Doors Report on International Educational Exchange reports an increase in Americans studying abroad; 270,604 U.S. students studied abroad for credit during the academic year 2009/10, compared to 260,327 the previous year. The increase shown in this year’s report returns to the steady rise in study abroad numbers each year since the data has been tracked, with the exception of 2008/09, when world economic conditions had caused a slight dip. The Fall 2011 Snapshot Survey, which supplements the report with more recent statistics, indicates that the number of U.S. students abroad continues to increase.

Allan E. Goodman, President and CEO of the Institute of International Education, said, “We applaud the measures that campus leaders have taken to increase study abroad participation, and we are encouraged to hear that campuses are seeing their study abroad numbers rise. However, with a total higher education enrollment of over 20 million, there remains a huge unmet need to expand American students’ international experience, and an even greater challenge to ensure that access to study abroad is available to all, including students of diverse backgrounds, low incomes and underrepresented fields of study.”

Upon further inspection, the Open Doors report reveals the racial and ethnic disparity among students who go abroad. While the total number of students of color has continuously increased, the overwhelming majority (78.7 percent) of students who went abroad in 2009/2010 were white. This number indicates that a disproportionately low number of students of color go abroad, as they make up nearly 38 percent of the total student population at U.S. colleges and universities [source: U.S. Department of Education, National Center for Education Statistics. (2011). Digest of Education Statistics, 2010 (NCES 2011-015), Table 235].

The fields of students who study abroad has remained largely unchanged with Social Sciences being the most common field (22.3 percent of all students abroad), trailed closely by Business and Management (20.8 percent), the Humanities (12.1 percent) and Fine or Applied Arts (8.3 percent). While foreign language only accounted for 5.8 percent of U.S. students abroad, these figures do not reflect what students actually studied while abroad, but rather their declared majors.

Goodman said, “Studying abroad enables American students to obtain first-hand experience in other countries and cultures, to prepare them as 21st century professionals and leaders in all fields. The international skills they gain are crucial to their ability to succeed in global careers and work together across borders to address important world issues. It is important that we as educators work to try to ensure that all students have the opportunity to study abroad.”
For the full Open Doors Report and 2011 Fall Snapshot Survey, visit www.iie.org.