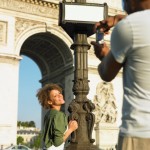 According to a new report commissioned by President François Hollande, the global decline of French speakers could slash employment in France by 120,000 jobs by 2020 and by 500,000 by 2050. The report, “La francophonie et la francophile : moteurs de développement durable,” (Francophonie and Francopjilia: Drivers of Sustainable Development) written by pundit and economist, Jacques Attali, details France’s slipping influence in the world and includes 53 recommendations for fostering dynamic economic exchange amongst French-speaking countries.

Attali writes that the future of the Francophone world is teetering between either growing from 220 million speakers today to 770 million by 2060, 85% of whom would be African, or dropping below 200 million. However, the report is pessimistic. Attali points out that in Africa, lack of “infrastructure to educate the majority of the population and maintain an education in and of French, African generations to come will not speak the language.” Apparently, French influence is running out of steam, and the language is not valued as an economic driver to the extent it once was.

In order to boost French influence, Attali recommends increasing French language instruction in France and abroad, especially in Africa. A key part of the proposal is to conquer the hearts of new Francophiles. Among Attali’s 53 recommendations include increasing access to language instruction in immigrant communities in France; creating a large network of private language schools and attracting non-French speakers to learning French by luring them in with the robust traditions of French cinema and music; creating MOOCs that teach in French, and investing in education in Francophone Africa and expanding access to instruction in French; and offering educational material in French. Attali proposes to promote French culture by building theaters in Africa and screening Francophone films.

The report implies that without investing in Africa and cultivating a vibrant Francophone culture overseas, France’s influence will inevitably dwindle. Attali’s report calls for France make to investments in cultural capital through education and arts, but also through industry. Some of these recommendations include a Francophone Union and investing in certain sectors to foster growth in Francophone countries, including tourism, health, research and development, the financial sector, infrastructure, and mining.