French on the Menu 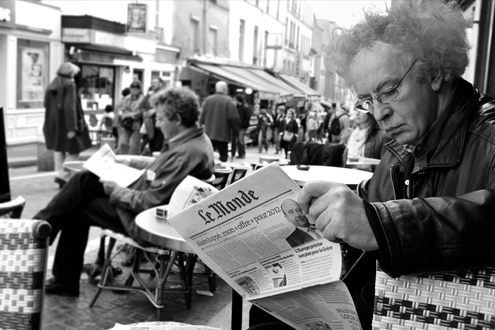 Long before festivities kicked off for this month’s celebration of La Francophonie, French was hitting the headlines

Last December, French in New York, a vibrant group led by Fabrice Jaumont, the education attaché of the French Embassy, started a campaign to raise $2.8 million to support the development of French-English bilingual programs in NYC’s public schools. Kirk Semple of the New York Times wrote a story about it which shot to the top of the most emailed list on nytimes.com and held the number-one spot for a remarkable 24 hours, which is extremely rare.

Then, John McWhorter, associate professor in the English and Comparative Literature Department of Columbia University and author of the The Power of Babel, amongst many other fascinating books, published an article in the New Republic entitled “Let’s stop pretending that French is an important language” which included arguments such as “It’s swell that knowing French allows you to ignore subtitles in the occasional art house film, but unclear why this would be considered a priority of childrearing.”

McWhorter’s assertions provoked a wave of responses in favor of learning French from both sides of the Atlantic including “In Defense of French” in the Huffington Post, “Seven Reasons You Should Teach Your Children To Speak French” in Business Insider, “Why Learn French?” in the American Conservative, and “Learning French, and the Death of Languages” in the News Journal.

So, what are the main arguments in favor of learning French?
1. It’s the ninth-most-spoken language in the world, with over 220 million speakers.
2. Half of Africa speaks French. Largely thanks to the high rate of population growth in Africa, French’s speakers are expected to number about 700 million by 2050, increasing French’s global language share from 3% to 8%. Five of the top ten countries with the fastest-growing economies in Africa use French as an official language. Chinese corporations have been pouring investment into Africa, and French-speaking countries (Algeria top among them) comprise a significant proportion of that investment. Expect Africa to be an increasing focus of global trade and international relations.
3. Its international relevance. As anyone watching the recent Olympics in Sochi will attest, French is still widely used by international organizations, including the United Nations and the European Union. Globally, 19% of the world’s trade in goods involves French-speaking countries.
4. It’s the third-most-widely used language on the web, behind English and German. It also has the fifth-largest presence on Wikipedia.
5. Over six million Canadians speak French as their first language, and French fluency is almost essential to do business in Quebec, Canada’s most dynamic province.
6. Nearly twelve million Americans are of French descent, and almost two million people in the U.S. speak French at home.
7. French is the second-most-spoken language in Europe, after German and before English. Twenty percent of non-francophone Europeans know how to speak French, totaling about 145 million people in Europe alone.
8. It’s easy for English speakers to learn French, as English has borrowed so much of its vocabulary.
9. French is a beautiful language, and the medium for great works of literature, philosophy, and cinema. Reading (or listening to) some of the French masterpieces in their original tongue is one of life’s wonderful experiences.

Film can be a powerful educational tool, and French cinema offers a goldmine of material. The method of interactive storytelling is aiding the development of today’s schoolchildren in a way that transcends traditional measures of classroom ability and enables students to make emotional connections with their learning experiences. This notion of course extends to world cinema, with foreign-language films allowing students to experience cultural diversity, whilst stimulating a sense of wonder and inspiration in the classroom.

In keeping with this month’s French focus, we have picked a few French-language films to keep up the joie de vivre in your French class.

Elementary School
Une Vie de Chat — A Cat in Paris (2010)
The magical tale of a mischievous cat named Dino, who spends his days and nights living a double life. By day he comforts little Zoé, the daughter whose father, a police officer, has been killed by notorious gangster Victor Costa; by night, he assists Nico — an impish burglar with a warm heart. In a spectacular twist, Dino brings Zoé a stolen bracelet, and they quickly realise they have some roguish friends in common. Word of the stolen bracelet swiftly gets around, and an exhilarating chase ensues along the rooftops of Paris.

Middle School
Être et Avoir — To Be and to Have (2002)
A heartwarming documentary directed by Nicholas Philibert about a quaint single-room school in rural France. Set in the commune Saint-Étienne-sur-Usson in the region of Auvergne, the school educates children aged four to eleven, embracing a curriculum of both practicality and academia. The documentary follows the children through one academic year, the final year before the retirement of their cherished teacher Mr. Lopez.

High School
Les 400 Coups — The 400 Blows (1959)
A nouvelle-vague classic by François Truffaut depicting the story of a troubled 13-year-old named Antoine whose circumstances lead him into a life of petty crime. Portraying a gritty, monochrome Paris in the 1950s, Truffaut explores the series of events surrounding Antoine’s decision to run away from his unstable home in search of adventure. The film is widely documented as semi-autobiographical, and many of Antoine’s adventures reflect Truffaut’s own adolescence.