From C to Shining B 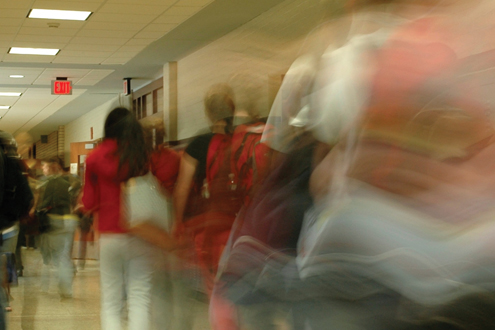 For years, the National Assessment of Educational Progress (NAEP), also known as “The Nation’s Report Card,” has served as a reliable indicator of American students’ educational attainment in core subjects.

NAEP uses a carefully designed sampling procedure that allows the assessment to be representative of the geographical, racial, ethnic, and socioeconomic diversity of the schools and students in the United States. Since NAEP assessments are administered uniformly to all participating students using the same test booklets and identical procedures across the nation, NAEP results serve as a common metric for states and the urban districts that participate in the assessment.

The NAEP has just released assessment results for reading and mathematics which compare scores from 2009 to those of 2011. The results show that improving literacy remains a challenge in U.S. schools. While math scores improved between 2009 and 2011, reading scores revealed mixed results: The average score for fourth graders remained unchanged from 2009 while the average score for eighth graders continued to rise. In all subjects, both fourth and eighth graders from all income levels posted the highest scores to date.

“The assessments reported today include the foundational competencies for achievement in all other subject areas,” said David P. Driscoll, chair of the National Assessment Governing Board that sets policy for NAEP. “We applaud all students and teachers for their impressive and consistent gains in math achievement. And while we are encouraged by the continued progress in eighth-grade reading, we remain concerned about the stalled performance in fourth-grade reading.”

Fourth graders scored higher than 2009 in only four states (Alabama, Hawaii, Maryland, and Massachusetts), and scored lower in Missouri and South Dakota. Meanwhile, gaps in average scores between white and African American students and white and Hispanic students did not change significantly.

At the eighth-grade level, scores were higher for lower-performing students at the 10th percentile and for higher-performing students at the 75th and 90th percentiles, while 10 states yielded higher scores than in 2009.The 25-point gap between white and African American students remained largely unchanged, while the 22-point gap between white and Hispanic students decreased from 26 points in 1996.

One possible reason for the disparity between time spent on language arts and assessment scores could be that English Language Learners (ELLs) are required to take more English language training than non-ELL students, and would be expected to score lower on the assessment than non-ELLs. The Nation’s Report Card does not offer figures and scores for ELL students specifically, other than disclosing that 11% of fourth-grade students assessed and 6% of eighth graders were identified as ELLs.

For more on the 2011 assessment and resources for teachers, including test generators, visit the http://nationsreportcard.gov.