Going for a Global High 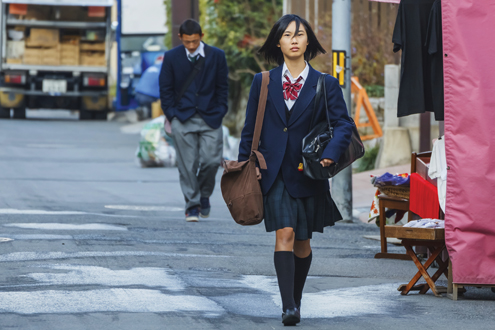 Last year, the Institute of International Education (IIE) published a report entitled Charting New Pathways to Higher Education: International Secondary Students in the United States which offers considerable insight into the rapid growth in the number of overseas students coming to the U.S. to attend high school.

Authored by Christine A. Farrugia and funded by the Department of State, the report found that the number of international students enrolled directly in U.S. secondary programs more than tripled from fall 2004 to fall 2013, while the number of exchange students grew only about 15% during the same period. “While secondary school students from around the world have been coming to the U.S. on high school exchange programs for many years, IIE’s new analysis shows that the number of students who enroll directly in U.S. schools to earn a U.S. high school diploma now significantly outnumbers those who are here on exchanges,” said IIE’s deputy vice president for research and evaluation, Rajika Bhandari. “This is a remarkable finding, and one which has implications for U.S. higher education.”

The report looks closely at where the students come from and where they study — with breakdowns by U.S. state and type of school. The following excerpts from the report highlight its findings:

Forest Ridge
Forest Ridge School of the Sacred Heart educates young women to think critically, embrace challenges, model resilience, confront injustice, seek equality, and lead globally in the pioneering spirit of their foundress. Forest Ridge’s pedagogy is grounded in the Sacred Heart Goals: a personal and active faith in God; a deep respect for intellectual values; a social awareness which impels to action; the building of community as a Christian value; and personal growth in an atmosphere of wise freedom. Parents choose Forest Ridge for its rigorous academics, experiential learning, small class sizes, individual attention, and diverse community.

Ashley Hall
Ashley Hall is committed to the continued development of a diverse student body that reflects the global community. It attracts students from around the world who are looking for a personal boarding experience. Students who study at Ashley Hall go on to acceptance at many of the U.S.’s premiere universities and colleges. International students may begin their study at Ashley Hall in ninth grade and are offered a multidisciplinary curriculum. ESL classes are available; however, international students are fully integrated into the school community and are required to have a high proficiency in English.

The Pennington School
Founded in 1838, The Pennington School values both tradition and innovation, applying the values gleaned from centuries of learning, along with the most up-to-date knowledge, to a rapidly changing world. The Pennington School is committed to developing individual excellence in all of its students. An independent, coeducational school for students in grades 6–12, with both day and boarding programs, the school enrolls 488 students from six states and twelve countries. The challenging curriculum is college preparatory, with a strong emphasis on fostering the development of the whole student through academics, athletics, community service, and the creative and performing arts. Within the curriculum are also small programs for international students and for bright students with language-based learning differences.

Marianapolis Preparatory School
Marianapolis Preparatory School, located in Thompson, Conn., is an independent, Catholic day and boarding school for grades 9–12 and offers a wide range of honors and Advanced Placement courses for students of all faiths. Its 400 students hail from over 35 area towns and 20 countries. Students are exposed to a plethora of opportunities, including extracurricular activities, cultural trips abroad, the chance to hold leadership positions, and LEAP Week. Marianapolis is at the forefront of technology in and outside of the classroom, with its 1:1 iPad program and its Online Learning Program, where students can take classes from the comfort of their own homes anywhere in the world. Marianapolis students compete on champion athletic teams, develop fine- and performing-art talents, and serve the local community, all while preparing to attend the best colleges and universities.