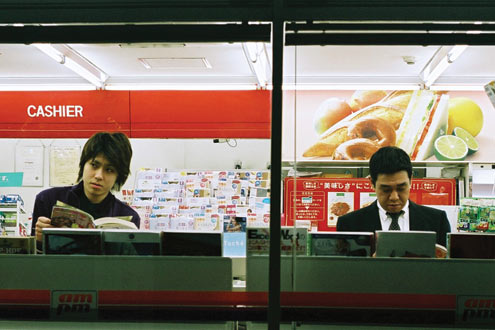 While a picture may be worth a thousand words, it’s also just a picture, i.e., a snapshot of an instant in a dynamic, changing world. With that in mind, we can discuss current opportunities to teach English as a foreign language around the world. Before we begin, however, it must be noted that, in order to become a proficient teacher of English, people often seek the minimum qualification for teachers known as a TEFL certificate, but also known as a TESOL certificate in Asia or the British version, which is called a CELTA certificate. Teaching EFL (or TEFL) means teaching the English language in places where the native language is not English. Today, a person with a bachelor’s degree and a TEFL certificate is in demand in most of the non-English-speaking world.

The TEFL job picture demands attentiveness to two basic trends in English language teaching and learning throughout the world. First comes the admission, for good or for ill, that English has taken the place that Esperanto was meant for, that is, it has become the international language of science and technology, and business and exchange. English is now referred to as an international language (EIL) or as the lingua franca (ELF) of business. Most business is conducted and the latest trends in science and technology are published in English. The second trend to keep in mind is the increasing recognition by national governments that English is so important that nations must invest in teaching English to as many of their citizens as possible in order to get a leg up in the globalization game. These trends are mainly what are driving the demand for English learning and, in turn, the demand for English teachers all over the world. So, what is the current job picture for someone with a TEFL certificate?

If we go by region and country, we can sense the TEFL teaching hotspots:

In Asia, China has an expanding English language market that may not be supplied with enough teachers in my working lifetime (the next 25 years). This rising giant currently represents the best opportunity for teachers with TEFL certificates and draws a great number of native-speaking English teachers due to economic opportunities that are undeniable and inexorable.

South Korea has been a hotspot in Asia since its rise as a tiger economy a few decades ago. The Koreans have invested heavily in extending English language instruction to the earliest of ages, and they are currently investing a great deal in teacher training to cover the demand for English language teachers there.

Japan has had quality English language instruction for a very long time, and a few months ago, I would have said that a TEFL certificate with a few years of experience teaching would only go so far there. However, recent events will probably make that country, once again, fertile ground for those willing to brave the changing horizons there. It’s important to highlight that the pay in South Korea and Japan also tends to be higher than in many other places.

In Southeast Asia, the TEFL certificate will go far in most countries. However, Vietnam shines as a place that is currently in greatest need of English teachers, and therefore, will prove to be a good place to teach with a TEFL certificate for the next decade or so.
In Oceania, Indonesia is a place with an immense population in need of English language training and will be a strong market for the future.

Central and South America are spotty, but a few countries stand out. If I were looking to go anywhere in the world right now to teach English, my first choice would be Brazil. Not only is Brazil the most up-and-coming country in South America, it also will be hosting the World Cup in 2014 and the summer Olympics in 2016. Those two facts alone point to strong need for English teachers immediately, but the demand for them in the future is equally as promising as the country continues to emerge.

In the Spanish-speaking Americas, Chile has been investing in English language instruction for a number of years and is well developed. The other country of great potential is Mexico, where the demand for English teachers is far outstripping the country’s ability to supply them through their own higher education system and traditional degree programs. Some countries in Central and South America are stingy with work visas (like Brazil, for example), so also be aware of the immigration law in the different countries you plan to teach in.

The Middle East, principally Saudi Arabia, Qatar and UAE, is investing heavily in English as the region retools its economies from petroleum producers to centers for science and technology. Recent unrest in the region may make this area a strong draw for risk takers, especially since the salaries are higher than in many other parts of the world.

Finally, Eastern Europe continues to invest in English, although no single country stands out at the moment, and Africa has a long way to go towards developing the economies of the countries on that continent, let alone the English language abilities therein. Suffice it to say that a TEFL certificate will go further in Eastern Europe and Africa than being a mere native English speaker with a pulse. On the other hand, in Western Europe there is a distinct bias towards CELTA certificates and British accents, but the TEFL certificate is still accepted in Spain, although less so than in years past.

So, depending on where you’d like to live, what culture you’re most interested in, and what your timeline looks like, you should be able to find a job in most of the world with a TEFL certificate and a sense of adventure. The changing landscape of the globe will alter the TEFL jobs picture, but the regions and countries cited here should be on the shortlist of anyone looking to travel and teach in the next few years.

Nicholas Ferdinandt is the associate director and teacher training coordinator at the University of Arizona. He taught English in Brazil for five years and has been training teachers and administrating in schools for the last 12 years in various educational contexts. He holds an MA in Slavic from The Ohio State University and a Doctorate in Educational Leadership from the University of St. Thomas in Minnesota.