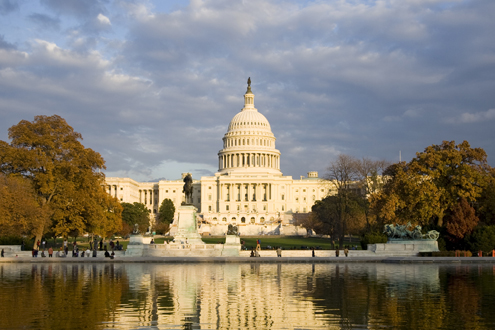 The good news is the proposed immigration reform plan allowing an estimated eleven million undocumented residents to become U.S. citizens has bipartisan support. One provision requiring prospective citizens to learn English, however, is potentially divisive. Through a different lens, this provision also represents an opportunity for our education system to innovate.

The English requirement is a double-edged sword. Optimists see this provision as a means to integrate the disenfranchised into the American citizenship fold and add productive contributors to the U.S. economy. Data uniformly shows that English speakers earn up to three times more than non-English speakers. Making eleven million illegal U.S. residents citizens can be a fiscal jack-pot, especially if these new citizens earn three times what they make today. Cynics cite this provision as an artificial “barrier to entry” because of the current state of English as a second language (ESL) education in the U.S. PewResearch Hispanic Center reports that 26% of Latino permanent residents identify the English language requirement as the main reason why they have not naturalized. In other words, before making the English requirement law, we need to address the existing house of cards.

State budgets do not adequately address existing ESL needs. The U.S. Census explains that 13 million of the 55 million people who spoke a language other than English at home in 2007 reported that they spoke English “not well” or “not at all.” This may explain why the U.S. Department of Education reports 6.8 million enrolled in state adult ESL programs from 2006 and 2012. Meanwhile, states with the largest ESL populations have made unprecedented budget cuts. In March 2010, Arizona completely eliminated funding for adult basic education statewide. In California, 23 of the 30 largest school districts made major cuts to their adult education programs. In May 2012, adult ESL learners and their children rallied the Sacramento City Unified School District to reinstate funding for its ESL program. The list goes on and on. The reform’s English provision will increase the ESL student population in an already burdened system and, absent a different approach, buckle the system under its own weight.

ESL instruction traditionally uses a “one to many” curriculum coupled with “one to one” teacher interaction. In the “one to many” model, students enter the classroom and are taught a uniform curriculum created for that class. The students use the same book their classmates use and it is likely the same book from years past, as well as for future classes (i.e., one curriculum and many students). ESL instruction has the added complexity of teaching students how to actually speak English. Speech instruction is addressed with “one to one” teacher interaction. This approach, while effective, has limited scale and efficiency. Consider this example. Rather than delivering a 200-page book, a student receives the 40 pages that match their specific learning needs. Equally, imagine the same student receiving “one to one” speech instruction inside and outside the classroom. Better yet, imagine a virtual classroom in which 100 ESL students are actively pursuing 100 different lesson plans, which dynamically update as the students improve. Science fiction? Not at all.

Beyond improving scale and efficiency, technologies available today dramatically improve ESL instructional outcomes. The sad truth is that the vast majority of the estimated two billion English language learners taking advantage of these technologies are outside the U.S. Ministries of Education and Multinational Corporations around the world see English learning as a key strategic priority. When faced with a limited number of ESL teachers and complex operating environments, necessity has been the mother of invention. The invention in these cases is creating “blended” learning environments that take advantage of adaptive learning technology. The results speak for themselves. We see users worldwide experiencing a 100% improvement in their spoken English grammar, fluency, word stress, and pronunciation in as little as ten hours of using our products.

Innovation stands at the root of what defines our nation, and this current issue vividly illustrates an opportunity to use our innovation to solve an important educational issue for our country. Requiring new U.S. citizens to have a requisite level of English proficiency is good public policy. To achieve this goal, we must modify our approach.

Paul Musselman is president and CEO of Carnegie Speech and has more than 15 years executive management and global experience in strategy, corporate development, finance, and sales. Paul studied the history of philosophy at the University of California, Berkeley, and holds an MA in business and government public policy from Harvard University. He is a twelve-year decorated veteran of the U.S. Army Special Forces, having served in Operations “Desert Storm” and “Uphold Democracy,” and is a graduate of the Defense Language Institute, where he studied German.