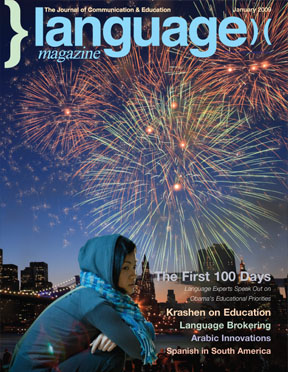 As we enter the New Year with a new Administration, any optimism amongst educators is being tempered by the recession’s effect on state and local tax revenues, and the subsequent budget limitations, but billions of dollars of sales tax revenue are being lost every year through outdated practices.

More than 90 percent of education spending is funded by state and local budgets, but these are facing severe cuts as revenues diminish. Yet, a legitimate source of income is being overlooked. According to projections made by the University of Tennessee’s College of Business Administration back in 2004, California is already losing about $3 billion a year in state sales tax through internet sales, Florida and Texas are losing about $2 billion, and New York State is losing about $1 billion.

Both California and New York State are losing another $1 billion a year in local taxes.

Many of us benefit from the ability to make online purchases from out-of-state retailers without realizing that while remote sellers are not required to collect sales taxes, the tax is still owed by the purchaser. We are supposed to keep track of these purchases and pay an amount equivalent to the sales tax as a “use” tax on our state tax returns. Few of us do, however, and the policy is almost impossible to enforce, which effec­tively exempts these purchases.

In a 1992 decision, the Supreme Court exempted out-of-state retailers from collecting sales taxes in states where they have no physical presence, such as a store, office, or warehouse. Although the case dealt with a mail order company, the ruling has subsequently been applied to all remote sellers, including online retailers. The Court cited the burden of requiring these companies to comply with the regulations of some 7,500 different local taxing jurisdictions and the resulting adverse impact on interstate commerce. The Court specifically noted that Congress has the authority to change this policy by enacting legislation requiring all retailers to collect sales taxes.

Since 1992, relatively simple software programs have been developed which could easily calculate taxes due based on zip codes, and the National Governors Association has developed the Streamlined Sales Tax Project (SSTP), a multi-state effort to simplify and align sales tax policies.

Some states have ruled that subsidiaries and affiliates of internet retailers constitute an in-state presence, and are thus required to collect sales tax. However, the lack of a consistent approach will result in retailers moving operations to avoid sales tax collection.

It is time to level the playing field to enable state and local governments to collect legitimate revenue to bolster education budgets. Nobody likes paying more tax but the vast majority of us who benefit from out-of-state, tax-free purchases must realize that our education was funded by people who did not have the luxury of online retailers. Most online purchases are made by people who can afford the sales tax, and, as online sales increase, the drain on state and local revenues will undermine their ability to fund a viable public education system.

The President’s Priorities
As we celebrate the historic inauguration of America’s first minority President, Language Magazine asks five experts what the new administration should do for languages and literacy