Credit Where Credit’s Due 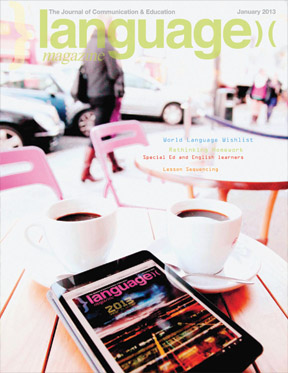 It’s been almost a month since Team USA 4th Grade did their coaches, American public school teachers, proud by coming fourth in the world’s reading rankings. Yet, there’s been very little celebrating in this country of ours so famous for making the most out of success in international competition. An Olympic Bronze in synchronized swimming would have garnered more praise.

According to the 2011 PIRLS (Progress in International Reading Literacy Study, see page 31), the only countries with better 4th Grade reading levels are Russia, Finland, and Singapore. Hong Kong was also listed as outperforming the U.S. but it’s not a country. This is a remarkable success for U.S. public education, especially when you take into account that the U.S. has 48 million public school students of which at least 10% are English Language Learners – that’s about five million students – almost equivalent to the total population of Finland.

In addition, U.S. schools and teachers have to deal with disproportionate levels of poverty, and research has proven unequivocally that poverty is the most important determining factor in educational outcomes. According to census statistics, more than 16 million American kids (nearly 25%) live in poverty, whereas Finland’s childhood poverty rate is about 5%. There are no official statistics out of Singapore but the wealthy city-state offers a relatively comprehensive social safety net for locals, borne out by the fact that 80% of Singaporeans live in public housing, the purchasing of which is subsidized so 90% own their homes. Reliable Russian poverty statistics are elusive but anecdotal evidence suggests that although poverty levels may be high, education is prioritized.

Fourth may not be a medal spot but surely some good news about the educational achievements of our “failing” public schools warrants at least a column here or there in a major newspaper, some radio coverage, or even a syndicated television news report.

Of course, the value of such international comparisons based upon standardized tests is questionable. However, when U.S. students perform poorly on such comparisons, we never hear the end of it. What happened to South Korea which the President recently hailed as having an exemplary educational system? Indeed, our nation’s whole attitude to schools and teachers is based upon the presumption that schools are overfunded and underperforming compared to their overseas counterparts.

An entire industry is based upon this presumption – Waiting for Superman’s Michelle Rhee has pledged to raise $1 billion through her lobbying organization, StudentsFirst, to overhaul the public education system according to her reform tastes. Raising that kind of cash will be tough enough without having to deal with the adverse publicity that U.S. educational success might create.

According to a new report by publishing giant Pearson produced by its Economist Intelligence Unit, the U.S. spends less than 22% of its GDP on education compared to Finland’s 30% and the UK’s 26%. Figures are unavailable for Russia or Singapore but even Hong Kong clocks in at 23.5%.

It is vital for us to recognize the successes as well as the failures of our schools. Too many people are being misled by biased reports about the condition of our educational system. In turn, this is leading to bad decisions and the misuse of public funds to fix things that ain’t broke. Of course, we should always be striving to improve our schools but we must also recognize what does work and give credit where credit’s due.

2013 Wish List for World Languages
What could we do this year to improve world language education in the U.S?

The New Tests Will Survive, Even if School Doesn’t
Stephen Krashen presents a satirical press conference held by the U.S. Department of Education