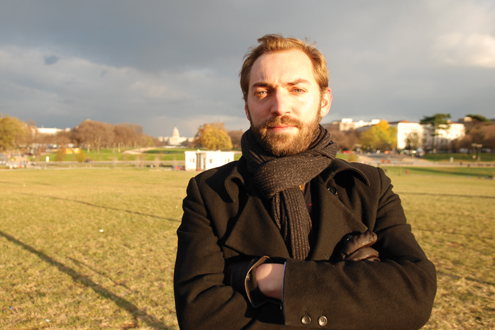 For the last seven years, the French Heritage Language Program, a New York-based nonprofit education program, has been offering free French language and culture courses across the U.S. The program has already served over 2,000 K-12 students and now operates in four states: New York, Florida, Maine, and Massachusetts.

Benoît Le Dévédec, who has been at the head of the program for the last two years, explains the success:

LM: Can you explain the mission of your program?

BLD: Our mission is to facilitate the integration of new immigrants in the U.S. We serve primarily French-speaking students from Africa and Haiti who have no other possibility of learning French here in the U.S. With over 1.9 million speakers, French has become a major American home language, especially at school, where it is the second-most-spoken language at home after Spanish. Unfortunately, most of these French speakers cannot continue to learn their language at school and so face the risk of losing it.

LM: How does it work?

BLD: We offer free language support classes in public schools and community-based centers. Through our classes, students can build, maintain, and improve their literacy skills in the home language and keep a strong connection with their respective cultures and identities. The objective is to have them grow more confident and successful at school and in their new environment.

LM: Why do they need to keep learning French? Shouldn’t English be the priority?

BLD: English is indeed the priority. Our students are totally immersed in English throughout the day and also get ESL (English as a second language) support at school, and that’s the very reason why they should keep learning French. One language is never learned at the expense of another. By strengthening literacy in the home language, you reinforce your general language skills, which facilitates the learning of a second language like English and increases your chances of becoming a strong bilingual speaker. It is a mutually enriching process through which you develop not only the capacity to speak two languages, but also new skills that are beneficial to other fields at school and in the professional world, like multitasking, decision making, tolerance for other cultures, and global awareness. An old African proverb says that if speaking one language makes you strong, speaking two languages makes you two times stronger.

BLD: Our classes run in school or after school, two to five hours a week, and use differentiated project-based pedagogy. We offer our students engaging activities that always take their French outside of the classroom. For instance, one of our classes successfully competed in a theater contest at the Lycée Français de New York, another group of students launched a photographic and writing exhibition that premiered at the United Nations, and one class recently realized a short film documentary about Little Senegal in Harlem with the help of a young movie director. We count about four different class projects per school every year. We also prepare some of our students for exams like the AP or SAT French that can offer college credits and so facilitate their access to higher education.

The idea is to empower students through their heritage language. We offer them internship opportunities in French-speaking companies and organizations where they are able to make the most of their French and English skills. Their bilingual profile makes them highly valued candidates, especially in companies working on the international scene or schools looking for future bilingual teachers. Few people know it, but speaking French can actually get you a job today.

LM: Who are your students?

BLD: In New York, our program has been working closely with the Internationals Networks for Public Schools, a network of 14 public high schools in NYC serving approximately 6,000 recent immigrants of 64 different nationalities. All of our students arrived in the U.S. less than three years ago and joined a French heritage class on a volunteer basis. They are highly motivated and have clearly understood the stakes of keeping their language while learning English. 30% of them are Haitians, and many come from Ivory Coast, Senegal, Mali and other West African countries. All of them speak several languages and had French as their education language in the home country.

LM: Do you offer programs for young learners?

BLD: Yes, there are today more and more parents from Senegal, Haiti, or other French-speaking countries who want their children to learn the home language and culture. Their kids were born in the U.S. and attend American schools. English is their first language and most of them will never get the chance to speak the language of their parents. Like in high schools, we offer free French courses for this young audience. In this case, our activities consist of introducing the language, providing literacy support, and exposing children to the variety of French-speaking cultures through songs, games, short stories, and cultural outings.

LM: What would you say to schools and parents interested in having your program?

BLD: Although our classes are entirely free and our program is growing and already serving about 700 students nationwide, few people know about us and the academic opportunities we offer. Hosting a French heritage language program can benefit students and parents and help serve communities’ interests at large. If you are a school or cultural center and you are willing to develop bilingual education, I would strongly encourage you to contact us and see how we can work together.

To learn more about the French Heritage Language Program, contact Benoît Le Dévédec at [email protected], or visit their website at www.facecouncil.org/fhlp.


21361 B. Pacific Coast Hwy Malibu, CA 90265
Telephone: (310) 455-7193
©2021 Language Magazine All Rights Reserved
Contact us: [email protected]gemagazine.com
FOLLOW US
Language Magazine
We use cookies on our website to give you the most relevant experience by remembering your preferences and repeat visits. By clicking “Accept”, you consent to the use of ALL the cookies.
Do not sell my personal information.
Cookie SettingsAccept
Manage consent