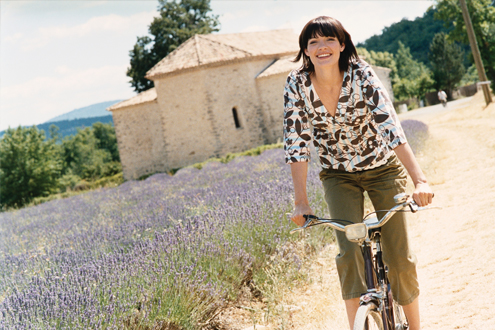 Mapping the resurgence of French in North America

Just a few years ago, French was being written off as a valuable option in American schools, but now it’s back in vogue. Maybe Johnny Depp’s move to France, Angelina Jolie’s insistence that her children respond to her in French, or Avril Lavigne’s stage have swayed the American psyche, or maybe we’re waking up to the realization that French is not only a beautiful, philosophical language but a language of the future as Francophone areas of Africa and the Middle East burst through development barriers.

Fabrice Jaumont, who runs the wildly-popular blog New York in French, has been astounded by the growth of French programs in the Big Apple. “By next September, eight public schools will offer dual-language or immersion in French in NYC. That for me is the sign of the bilingual revolution that I speak about. The schools are PS58 in Carroll Gardens, PS84 in the Upper West Side, PS110 in Greenpoint, PS133 in Park Slope, PS 20 in Clinton Hill, MS51 in Park Slope, MS256 in the Upper West Side, and the New York French-American Charter School in Harlem. Along with PS84 in the Upper West Side, PS58 received last year the Label FrancEducation, an official recognition provided by France to schools that offer excellent French bilingual programs. Next June, both PS58 and PS84 will graduate their first bilingual 5th grade classes, with students mastering both English and French. Being able to read, speak, understand, and write in both languages, the children will continue their bilingual education at the middle school level next year, with both MS51 in Park Slope and MS256 in the Upper West Side ready to launch their new French dual-language programs.

“While several groups of parents are now working on opening new programs in elementary schools in the Upper East Side, in Downtown Manhattan, in Riverdale, and other areas, two groups are also working on developing public high schools that will cater to French bilingual children. The prospect of receiving a complete bilingual education in French and English in New York City’s public schools, from kindergarten to 12th grade, will soon become a reality.

“The advantage of being bilingual, of living with two languages, is now receiving world-wide attention. It is no longer taboo to be raised bilingual or multilingual. I believe that it is the best gift that parents can give to their children. ‘Living with Two Languages,’ the conference live-streamed on April 13 from Lycée français de New York, confirmed this fact, with 2,000 people either attending or watching us online.

“I see an increase in interest for bilingual/immersion programs in French, as well as for early language acquisition. This trend is spreading throughout the nation. I get calls each week asking for advice on starting a French bilingual program somewhere. I received a call from someone in Alaska who is working on creating a bilingual school. I spoke to the Houmas in Louisiana, a Native American tribe who live in the bayous. Several groups in Maine are trying to revive French. It goes on and on.”

In the Twin Cities of Minneapolis-St. Paul, Normandale School has graduated hundreds of students over the years — its popularity and longevity are testament to the growing interest in such programs.

Utah is becoming a model state in terms of immersion, with Delaware and Georgia following its example. Over the last four years, the state has put into place a plan for about one hundred bilingual schools, of which ten are Francophone.

Louisiana occupies a special place for French immersion, with more than 4,500 students in French/English bilingual programs and more than 120 trained French teachers through the CODOFIL initiative.

Near to Boston, there are the Milton and Holliston immersion programs; in North Carolina, there’s the E.E Waddell Language Academy in Charlotte; and in Oklahoma, there’s the Eisenhower International School in Tulsa.
The National Museum of Language, in College Park, Maryland, has a new exhibit called Glimpses of French in the Americas (http://languagemuseum.org/french.html). The museum has also applied for a state grant to develop an exhibit on French-speaking immigrants from African countries.

But maybe Kathleen Stein Smith, PhD adjunct faculty at Fairleigh Dickinson University, sums it up best: “I was so happy when 33 students registered for my course, ‘French Language and Culture: Global Perspectives.’ What a resurgence of interest in French language and culture.”