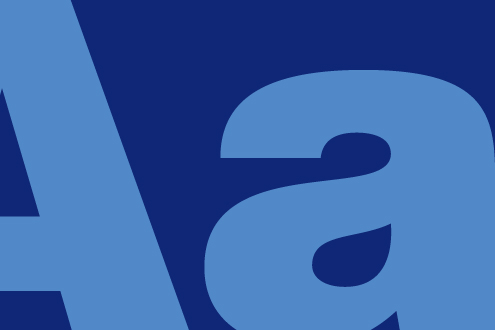 A is an article, as in “a word,” as well as the first letter of the alphabet.
Turns out that quite the majority of our letters are also words or sound like words:

And more than half our letters, when pluralized, sound like words:

Abecedarian is a letter-perfect word that means “pertaining to the alphabet, or alphabetically arranged.” The book Amazing Words is abecedarian in both senses of that definition.

The word alphabet is a joining of the first two letters of the Greek alphabet, alpha and beta. The Greeks inherited their letters from the Phoenicians, who probably took their alpha from the Hebrew aleph, “ox.”

From alpha to omega,
You can bet the alphabet,
Like a painting done by Degas,
Will leap and pirouette.

The old Cambodian alphabet, with seventy-four letters, is the world’s longest.
Rotokas, spoken on the South Pacific island of Bougainville, uses only eleven letters.

Here’s a look at the letters in our alphabet from different vantage points:

when sounded, all end with a long e sound, thus rhyming with each other.

when sounded, all end in consonant sounds.

are made with straight lines.

exhibit vertical (left-right) symmetry.
They look the same in a mirror.

exhibit horizontal (up-down) symmetry.
Their top and bottom halves reflect each other.

Richard Lederer, MAT English and education, PhD linguistics, is the author of more than 40 books on language, history, and humor. His latest book, Amazing Words, a career-capping anthology of bedazzling, beguiling, and bewitching words, is available now at his website — www.verbivore.com.
Write him at richard.lederer@pobox.com.