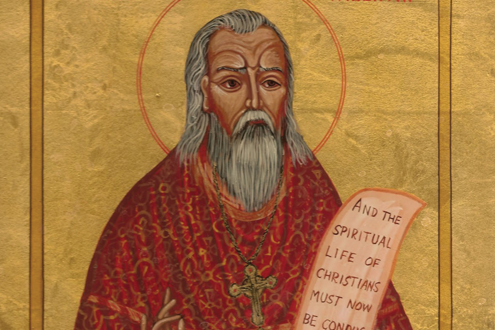 Valentine’s Day probably originated from the ancient Roman feast of Lupercalia. On the eve of that festival, the names of Roman girls were written on slips of paper and placed into jars. Each young man drew a slip, and the girl whose name he chose became his sweetheart for the year.

Legend has it that the holiday became Valentine’s Day after Valentine, a Christian priest in third-century Rome, where Christianity was a new religion. Emperor Claudius II forbade Roman soldiers to marry, believing that married soldiers would prefer to stay home with their families rather than fight his wars.

Valentine defied the emperor’s decree and secretly married young couples. He was eventually arrested, imprisoned, and put to death on February 14, 269, the eve of Lupercalia, and afterward made a saint. As Rome became more Christian, Lupercalia became St. Valentine’s Day, observed each February 14.

Here’s a Valentine’s Day game about the couples who couple in classic stories. Whatever your opinion about love, literature swirls with it, and we often draw our images of love from the books we read, most deeply from the ancient books.

Why were Adam and Eve the happiest couple in history? It’s because she couldn’t tell him how many other men she could have married. And he couldn’t tell her how much he loved his mother’s cooking. Starting with Adam and Eve, the Bible has chronicled many a married couple. Match the biblical husbands on the left with their biblical wives or lovers on the right.

Do you know about Oedipus? He married the girl just like the girl who married dear old Dad. He married a woman old enough to be his mother — and she was! Now let’s enlist a list of classical couples. Match each mythological male with his wife or lover:

Have you heard of the young couple in a Shakespeare play who went out to dinner? It ended up that Romee owed what Julie et. Now join together these husbands and wives and lovers who people the plays of William Shakespeare: