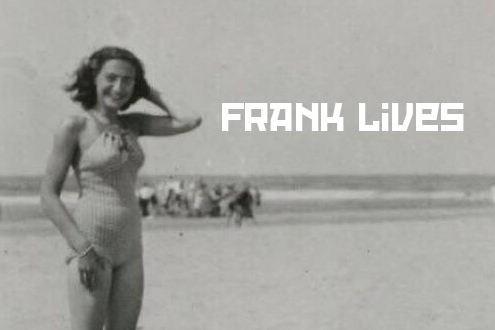 On March 12, we marked the death 70 years ago of Anne Frank, a young Jewish girl who grew up in Amsterdam during the Nazi occupation of Holland in the Holocaust of World War II.

In July of 1942, Anne’s family was forced into hiding in the upper story of an Amsterdam warehouse, where they remained for 25 months. The rooms became more suffocating than any prison one could imagine. The Franks, who shared the space with another family and with an elderly dentist, were unable to feel the sun’s warmth, unable to breathe fresh air. While the warehouse was in operation during the day, there could be no noise of any kind — no speaking, no unnecessary movements, no running of water.

Then, in 1944, the hideout was discovered by the police. Of the eight who had been crowded into the sealed-off attic rooms, only Mr. Frank survived the ensuing horrors of the concentration camps. In March 1945, two months before the liberation of Holland and three months before her 16th birthday, Anne Frank perished from typhus in the camp at Bergen-Belsen. According to one witness, she “died peacefully, feeling that nothing bad was happening to her.”

Anne may have been devoured by the concentration camps, but her voice was not stilled. From the pages of a small, red-checkered, cloth-covered diary book, she speaks to us across the years. The diary was the favorite gift that Anne received for her 13th birthday. She named it Kitty and determined to express to her new confidante her innermost thoughts, concerns, and desires. Between the covers of Kitty, the young girl, Anne Frank, recorded in Dutch her moving commentary on war and its impact on human beings:

I see the eight of us with our “Secret Annexe” as if we were a little piece of blue heaven, surrounded by heavy black rain clouds. The round, clearly defined spot where we stand is still safe, but the clouds gather more closely about us and the circle which separates us from the approaching danger closes more and more tightly. Now we are so surrounded by danger and darkness that we bump against each other, as we search desperately for a means of escape.

We all look down below, where people are fighting each other, we look above, where it is quiet and beautiful, and meanwhile we are cut off by the great dark mass, which will not let us go upwards, but which stands before us as an impenetrable wall; it tries to crush us, but cannot do so yet. I can only cry and implore: “Oh, if only the black circle could recede and open the way for us!”

Finally, the Franks were betrayed, and on August 4, 1944, the fury of the Gestapo burst upon them. The invaders confiscated the silverware and Chanukah candlestick, but they threw the family’s papers to the floor, including Anne’s diary, which was recovered a year later by Otto Frank, Anne’s father.

The Nazis had failed in their mission. Anne Frank: The Diary of a Young Girl was first published in 1947, has been translated into 65 languages, and has sold more than 35 million copies. The slender Frank house draws an average of 4,000 visitors each day and more than a million each year.

No one has described its impact more eloquently than Anne’s biographer, Ernst Schnabel: “Her voice was preserved out of the millions that were silenced, this voice no louder than a child’s whisper. It has outlasted the shouts of the murderers and soared above the voices of time.”