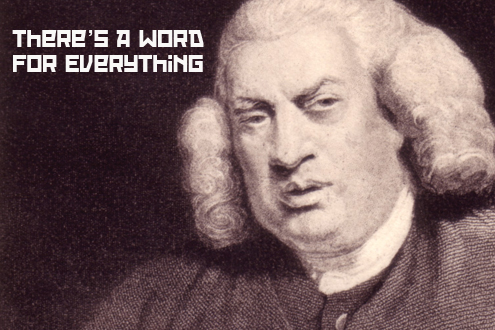 He was, according to his biographer James Boswell, a huge man. When he was barely out of infancy, he contracted scrofula, a disease that severely impaired his eyesight and left his face horribly disfigured. He attended Oxford University but, because of family finances, did not take a degree. For a while he operated a private school, but that failed.

Yet 260 years ago, on April 15, 1755, Samuel Johnson — fat, ugly, blind in one eye, and incompletely educated — produced the first modern dictionary. “Languages are the pedigrees of nations,” he proclaimed, and in compiling his wordbook, Johnson conferred a pedigree on the English-speaking nations. In garnering the rich, exuberant vocabulary of 18th-century England, the Dictionary of the English Language marked a turning point in the history of our tongue.

There had, of course, been earlier English dictionaries, the first being one Robert Cawdrey’s A Table Alphabeticall, compiled, as he described it, for “ladies… or any other unskilfull persons.” Published in 1604 and consisting of but 120 pages and just 3,000 words, A Table Alphabeticall had as its purpose, as did the other lexicons that appeared during the 17th century, the treatment of only the hardest and most scholarly words in our vocabulary.

Johnson set himself the task of making a different kind of dictionary, one that would include all the words in the English language, not just the difficult ones. In addition, he would show how to divide words into syllables and where words came from. He would establish a consistent system of defining words and draw from his own gigantic learning to provide, for the first time in any dictionary, illustrative quotations from famous writers. Johnson’s lexicon, like its modern descendants, is a report on the way writers actually used the English language. When the volumes were published 260 years ago, they were hailed as a standard by which all dictionaries could be measured.

When a friend of his pointed out that it had taken 40 French scholars 40 years to accomplish what he proposed to do in three, Johnson replied, “Let me see: 40 times 40 is 1,600. As three is to 1,600, so is the proportion of an Englishman to a Frenchman.”

And what an Englishman! Johnson, underfunded and working almost alone in a Fleet Street garret room, defined some 43,000 words and illuminated their meanings with more than 114,000 supporting quotations drawn from every area of literature. The task took nearer nine than three years, but the results more than justified Johnson’s ambitious hopes. He captured the majesty of the English language and gave it a dignity that was long overdue. The two huge tomes, each the size of a lectern Bible and each of which would fill about five fat volumes today, were an immediate success upon their publication.

Johnson defined a lexicographer as “a writer of dictionaries; a harmless drudge that busies himself in tracing the original and detailing the signification of words.” But he was obviously far more than a harmless drudge, and his dictionary was by far the most comprehensive and readable that had appeared. The reputation of the Dictionary of the English Language was so great that it dominated the field for a century after its publication and established a mighty line of thorough and scholarly English dictionaries that simply is not approached by those in any other language.

England and America are dictionary nations. According to recent polls, 90% of the citizens of our two nations consult online and print dictionaries with some frequency. That so many English speakers are not only literate but “dictionarate” is part of the inheritance handed down 260 years ago through the loving labor of a half-blind but far-sighted scholar — the original Doctor J.