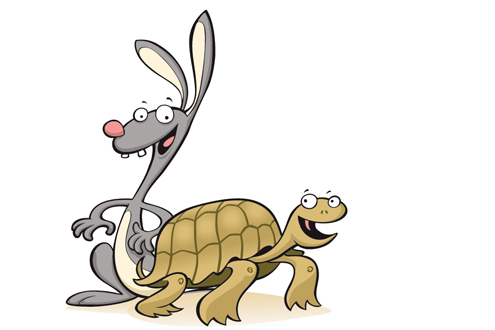 Richard Lederer on the Attraction of Opposites

What do you make of the fact that we can talk about certain things and ideas only when they are absent? Once they appear, our blessed English language doesn’t allow us to describe them. Have you ever seen a horseful carriage or a strapful gown? Have you ever run into someone who was combobulated, sheveled, gruntled, chalant, plussed, ruly, gainly, maculate, kempt, pecunious, peccable, or souciant?

English is a language populated with a lot of heads without tails and odds without ends. In his poem “Gloss,” David McCord spoofs the ability of the English language to identify negatives but not the corresponding positives:

I know a little man both ept and ert.
An intro-? Extro-? No, he’s just a vert.
Sheveled and couth and kempt, pecunious, ane,
His image trudes upon
the ceptive brain.

When life turns sipid
and the mind is traught,
The spirit soars as I would
sist it ought.
Chalantly then, like any gainly goof,
My digent self is sertive, choate, loof.

A slim chance and a fat chance are the same, as are a caregiver and a caretaker, a bad licking and a good licking, and “What’s going on?” and “What’s coming off?” But a wise man and a wise guy are opposites. How can sharp speech and blunt speech be the same and quite a lot and quite a few the same, while overlook and oversee are opposites? How can the weather be hot as hell one day and cold as hell the next?

If appropriate and inappropriate remarks and passable and impassable mountain trails are opposites, why are flammable and inflammable materials, heritable and inheritable property, and passive and impassive people the same? How can valuable objects be less valuable than invaluable ones? If uplift is the same as lift up, why are upset and set up opposite in meaning? Why are pertinent and impertinent, canny and uncanny, and famous and infamous neither opposites nor the same? How can raise and raze and reckless and wreckless be opposites when each pair contains the same sound? If pro and con are opposites, is congress the opposite of progress?

Richard Lederer M.A.T. English and Education, Ph.D. Linguistics, is the author of more than 35 books on language, history, and humor. Explore his web site www.verbivore.com. Write him at [email protected]