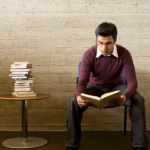 The Modern Language Association (MLA) published a new report on the state of language education at the post-secondary level. The report, Enrollments in Languages Other than English in United States Institutions of Higher Education, covers enrollments in 2013 at 2,696 institutions. The MLA’s has gathered and analyzed data on world language enrollments since 1958, with recent reports showing enrollments in 2009, 2006, and 2002. This year’s findings are a mixture of good news and bad news for language departments at U.S. colleges and universities: enrollments in world languages decreased by 6.9% from 2009 to 2013. Despite this, enrollments in advanced courses increased for many languages, meaning that although fewer students are enrolling in language courses overall, more students are continuing their language education and becoming more proficient.

The report shows trends in language learning, such as which languages are becoming more popular. Korean, American Sign Language (ASL), Portuguese and Chinese enrollments increased the most. Korean enrollments went up an astounding 45.3% at 4-year colleges and 86.6% at the graduate level. ASL showed increases of 19%, and displaced German as the third most studied language in the U.S. Portuguese was up 10.1%, and maintained its number of advanced enrollments, suggesting steady growth for Lusophone studies. Overall, Chinese enrollments only increased by 2%, but went up 20% at the advanced level.

Spanish enrollments have fallen at every institutional level for the first time in the history of the survey. Overall enrollments were down in Russian (-17.9%), German (-9.3%), French (-8.1%) and Arabic (-7.5%), but about half of these departments reported stability or growth. Despite this, Spanish and French are still overwhelmingly the most studied languages at colleges and universities.

The researchers conclude that the trends in language study are polarized: while the decrease in overall language enrollments is undeniable, the increase at the advanced undergraduate and graduate levels show that students are going further in their language studies than ever before. Successful programs that show stable or increasing enrollments are those which have received adequate resources and funding: “Such programs need to be studied, for they are apparently remarkable models of effective foreign language teaching and learning, all the more so in time of financial constraints, challenges to the profession, and general disregard for language study.”

Kristal Bivona is the president of the Graduate Student Caucus of the Modern Languages.