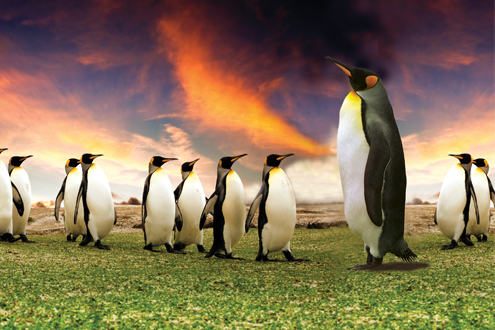 As an English as a Foreign Language (EFL) teacher and teacher trainer of public school English teachers, I often ask my students (the teachers) about the role of writing in their classrooms. The immediate reactions range from shoulder shrugs to laughter to silence, but inevitably the answer is almost always the same. “We don’t teach writing.” I follow up by asking why, even though after three years of teacher training I’ve become accustomed to their responses. “My own writing isn’t good. Writing is so difficult. There’s no time to teach it. I don’t know how to teach it. I have no time to correct it. There’s no writing component on the nationally administered exams my students have to take.”

In class, I often focus on product writing, which in the field of ESL refers to an approach to writing that strongly emphasizes the end result and a set of required steps to get there. “…[In product writing] the students’ attention is directed to the what rather than the how of text construction. Product approaches expect the student to only analyse texts in terms of what language they use and how they are constructed” (Harmer, 2004). For example, in a product approach to writing an essay, students have the opportunity to analyze the conventional structure of an essay, such as the introduction, body paragraphs, and topic sentences, and then emulate model texts as they gradually progress towards writing an essay of their own. Other writing genres that commonly employ a product approach to writing include cover letters, recommendation letters, and emails.

Although the protocol that often accompanies a product approach to writing may limit students’ artistic freedom, it acts nonetheless as a safe and comfortable path that they can follow as they work towards mastering a particular genre. When it comes to creative writing, however, the seemingly positive aspect of writing without constraints tends to instill reluctance rather than excitement. In this sense, product writing is arguably easier. After all, if, say, Fyodor Dostoevsky and Stephen King both wrote a cover letter as part of a job application — and actually abided by conventional cover letter rules — the letters, in structure, wouldn’t differ much.
But with creative writing, the floodgates are opened. Consider this line from Irvine Welsh’s novel Trainspotting: “The sweat wis lashing oafay Sick Boy; he wis trembling” (p. 3). How many genres of writing would allow language like that? To some, these endless possibilities in creative writing are cause for alarm, not celebration. In particular, one anxiety seems to work its way to the forefront — fear of a blank canvas.

Students aren’t alone in this struggle. Internationally renowned authors also find writing to be a trying task. In his essay, Why I Write, George Orwell stated “Writing a book is a horrible, exhausting struggle, like a long bout of some painful illness” (Gangrel, 1949). Nathaniel Hawthorne is alleged to have said “Easy reading is damn hard writing.” But a Joseph Heller quote summarizes how anyone who wrestles with writing feels: “Every writer I know has trouble writing.”

George Orwell, though, was referring to the process of penning a book, which is something that students would not be expected to undertake. With what creative writing, then, could students experiment?

One such genre is a unique form of short fiction, where stories are often no longer than some of the letters or emails in product writing. In this kind of writing, the tables are turned — students are asked to fill in the last remaining, unpainted square of the canvas instead of struggling to paint the whole thing.

How short can a short story be?
Although of possibly apocryphal origin, Ernest Hemingway is said to have penned a story in six words: “For sale: Baby shoes, never worn.” In November 2006, Wired magazine held a competition asking readers to send in their own six-word stories. Included were stories by unknown authors as well as famous ones, such as Frank Miller, and this one by Margaret Atwood: “Longed for him. Got him. Shit.” The idea of writing a story in six words not only removes the fear of writing, but also makes it fun.

Six word stories, of course, are not particularly good for building students’ writing ability. But these six word stories, and stories of less extreme brevity, have sparked a small cult following in the literary community. The names given to these kinds of stories — Flash Fiction, Sudden Fiction, and Postcard Fiction — are as interesting as the stories themselves. The length varies, from just a few words to a few hundred words, but each story is nonetheless still a story, just more tightly wrapped.

‘Less is More’
Perhaps the best example of Flash Fiction was created by the New Times, a weekly publication in San Luis Obispo, California. Started in 1987, the New Times now hosts an annual contest entitled “55 Fiction” that results in the best stories being published. Thus far, two tomes of stories have been published, and numerous others can be found online.

Rule one of 55 Fiction is the most important — 55 words or fewer (not including the title). Most of the other rules discuss what constitutes a word and how it should be counted, as well as integral elements of any story that must be included.

Anna Weltner, a writer for the New Times, succinctly explains the popularity of 55 Fiction: “Calling them ‘the world’s shortest stories of love and death,’ [founder Steve] Moss crafted the idea of the short story in fewer than 55 words, which has since inspired everyone from elementary school classes to inmates, from established writers to foreigners practicing their English. Last year, a guy in Shanghai got two entries published. Every year, submissions from around the country — and the world — stream in, to be pored over and evaluated by New Times writers. The best are printed in our annual 55 Fiction cover story.”

The brilliance of the contest lies in its universal accessibility, which is one of the reasons why it’s so enjoyable to bring into the classroom.

‘55 Fiction’ in the classroom
One great thing I’ve discovered teaching 55 Fiction is the ease with which a lesson plan aligns with building a story. For example, students can begin by making a list of what they feel are the necessary elements of a story. Although answers will vary, typical items on the list are characters, plot, conflict, theme, and setting. This can followed by asking students to list story genres, such as horror, romance, science fiction, and mystery. Once this has been completed, students can be introduced to the Hemingway story and asked to discuss it. In my classes it has become commonplace for a wide range of opinions to emerge from the students when asked what the story means, as well as whether or not it is a story at all.

As mentioned above by Weltner, 55 Fiction can be written by just about anyone — native speakers of all ages to non-native English speakers of all levels. And the challenges that present themselves are different from those often associated with writing. The shortcuts that are commonly practiced to increase the word count of a piece of writing — such as repeating text or writing in a long-winded manner — become moot. The focus truly becomes the writing and nothing else, as students must experiment with conciseness of grammatical form, e.g. Latin-based verbs instead of phrasal verbs (‘investigate’ vs. ‘look into’ or ‘clarify’ vs. ‘clear up’), and simply express an idea or concept in fewer words instead of more.

This type of writing also relieves some of the teacher responsibility often associated with writing. For example, correction time for 55 Fiction, even within a large class, goes by quickly. The brevity of the writing submissions also allows the teacher to experiment with different kinds of correction strategies, as well as written feedback to each student. Peer evaluation of student writing is another possibility.

Below are a few of my favorite stories; the final one, by Yusook Jung, is the first 55 Fiction story published by one of my students.

Sleeping Alone
Susan said to her six-year-old son, “Now that you’re six years old, wouldn’t you like to go to bed alone?” Looking into his mom’s eyes, the boy said, “You’re 35 years old and you still sleep with Dad. So I won’t sleep alone until you do.”
— LiHyang Yu

Fruit of Love
He was the strongest and fastest among the competitors. Nobody could overtake him. But the journey was tough. It seemed endless. Nevertheless, he continued advancing towards the destination, like iron to magnet. Finally, when he saw her, he knew by intuition that she was his better half. A woman yelled with delight, “Pregnant!”
— Yu-mi Lee

Innocent Criminal
I was a poor seven-year-old boy. Reading a book in a bookstore, I put it in my schoolbag and went home. Later, I heard someone shouting at my mother.
“Return the book your son stole.”
“Forgive my son. But book relocating is not a crime.”
She already knew knowledge must be shared.
— Seoung Cheon Kwon

Ignorance is Bliss
A patient was murmuring ‘nine’ all afternoon.
“What do you mean, ‘nine’?” asked a doctor.
“Do you really wanna know? Follow me.” The patient took him to the insane asylum’s rooftop.
“Look down there.”
“Where?”
“There.”
The patient kicked the doctor’s butt over the railing. Then, he began to murmur ‘ten.’
— Hyang Shin Kim

Coronation
One of the tallest Adelie penguins wanted to become village chief. One night before he was elected, a King penguin appeared. The villagers wanted this new, taller penguin to become their king. Just before the coronation ceremony, an Emperor penguin arrived. The King penguin promised to pay a tribute of tuna fish to him.
— Yusook Jung

The stories of these teachers also provide me a unique glimpse of their culture and personality. The subject matter runs the gamut, from mystery and horror to humor and love. What’s most amazing is that they do this in a language that does not come naturally to them.

Creative writing comes easily for some people, but for most of us — including myself — it does not. However, one way to overcome the fear of writing may be to reduce the looming size and presence that so many people build it up to represent. Experimenting with 55 Fiction — regardless of the purpose — may be for some students a unique way to approach it.

Warren Merkel ([email protected]) is a teacher trainer and visiting professor currently working at Chonnam National University in Gwangju, South Korea. He received his BA in German from Miami University and MA in TESOL from the School for International Training in Brattleboro, Vermont.