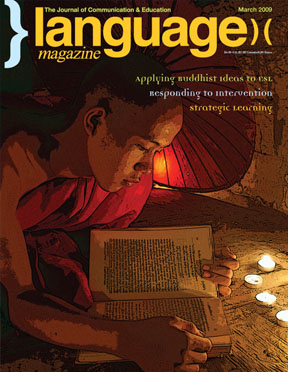 After a period of sustained economic growth in the 1980s — when Finland became known as the Nordic Tiger — in the early 1990s, the Finnish economy collapsed, partly as a result of global factors, and partly due to the collapse of the Soviet Union, which had been a major importer of Finnish goods.

In the early 1990s, there was a severe banking crisis. By 1994, the unemployment rate was over 18 percent. However, in the decade between the early 1990s and the mid-2000s, Finland transformed itself from a resource-intensive economy into a knowledge-based one. It has been ranked top in virtually all international comparisons measuring competitiveness or knowledge economy developments, including the World Bank Knowledge Economy Index, and the OECD’s student assessment tests.

In addition, Finland is a bilingual country according to its constitution, both Swedish and Finnish are compulsory school subjects, and over 50 percent of the population speak English as a Second Language.

World Bank reports suggest that the Finnish experience of the 1990s is an example of how a country can turn a crisis into an opportunity, and how knowledge can become the driving force of economic growth and transformation.

Finland has adopted the Nordic social model which seems to be able to combine a high level of social protection and a more equal income distribution with high economic dynamism, according to Erkki Liikanen, the governor of the Bank of Finland.

According to Liikanen, Finland, with other Nordic countries, shares a long tradition of emphasizing the importance of education and these countries have benefited greatly from their well-educated labor forces.

“We should not underestimate the role of high-quality public institutions, especially in education and research, in supporting both economic growth and a democracy that is open to new ideas and change,” says Liikanen.

Furthermore, the Finnish education system emphasizes egalitarian values, including equality by gender, region, and socioeconomic background. Equal opportunity for all is the guiding principle. Everyone receives the same basic education, and education is free all the way up to university level.

Of course, while educational investment is important it has not been the only ingredient. Research shows that it has been accompanied by education policies based on equity, flexibility, creativity, teacher professionalism, increased trust between schools and teachers, good leadership, and the investment of a lot of resources in teacher education.
In The Spirit Level: Why More Equal Societies Almost Always Do Better (Penguin) published this month, British social scientists Richard Wilkinson and Kate Pickett argue that it is not so much poverty but inequality that creates problems. It provides evidence that if income was as equally distributed in the U.S. as Japan, Norway, Sweden and Finland, homicide rates could fall by 75 percent, everyone could get seven weeks extra holiday a year, and jails could be closing all over the country.

Recent analysis shows that the various measures Finland has taken, including its investment in education, have helped it to retain economic stability and firm public finances during the current economic crisis.
Although there are many other factors to take into account, this small country’s example points to the long-term benefit of a bailout plan that increases investment in education, concentrates on closing the achievement gap, and encourages multilingualism.

Last Writes
Richard Lederer with the humor of Abraham Lincoln