The Bottom Line on Literacy 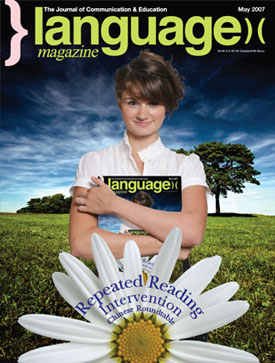 How to solve the U.S. literacy crisis was one of the themes of the Milken Institute’s annual Global Conference last month. The Institute, founded by the infamous Michael Milken, is an independent economic think tank with the stated mission of “improving the lives and economic conditions of diverse populations in the U.S. and around the world by helping business and public policy leaders identify and implement innovative ideas for creating broad-based prosperity.”

What makes this focus on literacy interesting is that despite claims of altruism, most of the attendees at this star-studded event were concerned with the bottom line.

Joy Chen, former Los Angeles deputy mayor for education and workforce strategy, explained that she had been first made aware of the situation when local businesses complained of their difficulty in recruiting literate employees. Other panelists remarked upon the way in which demand for international outsourcing was changing from unskilled labor to positions requiring literacy and other skills.

When it came to the question of how do we improve literacy rates and start to solve the problem, the general consensus was that the priority was to publicize the situation and make sure that everyone realized its severity. It was even described as a “Sputnik moment” by one panelist.

This probably comes as a surprise to most of our readers. In our educational world, we have been well aware of the crisis for years and we have presumed that everyone else was aware of it too. After all, you only have to open a newspaper to find the latest grim report on literacy levels. However, you rarely find much coverage on literacy in the business section.

Maybe it is not enough to highlight the hardship that individuals are forced to endure through illiteracy to garner the support of corporate America in the fight against it. Maybe we have to characterize the situation in terms of GDP and its effect on the Dow to stimulate the investment required to solve the problem.

It is morally wrong to accept anything higher than a minimal rate of illiteracy in an industrialized economy with the resources to do better, however the quest for equality and the fear of a fragmented society may not be enough to galvanize business leaders and politicians into action. To spur action, we need to prove to them that low levels of litearcy will hit them where it hurts most — the pocketbook.