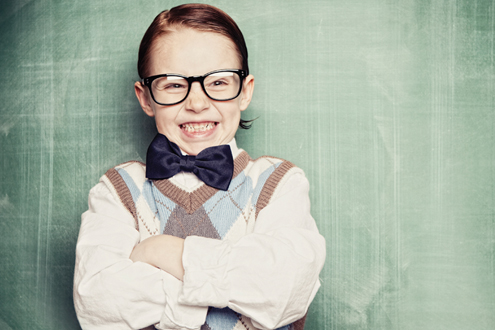 A study by Donald Hernandez, titled “Double Jeopardy: How Third-Grade Reading Skills and Poverty Influence High-School Graduation,” has received a great deal of attention in the media, including a notice in Language Magazine (May, 2011). The study, based on an analysis of 4000 children studied over ten years, concluded that those who don’t read “proficiently” by third grade are less likely to graduate high school, and those who live in poverty and also do not read “proficiently” by grade three are even less likely to graduate high school.

Must all students be “proficient”?
Hernandez accepts the NAEP levels “proficient, basic and below basic,” and throughout the paper refers to those who reach the “proficient” level as proficient readers. Gerald Bracey and others have argued, however, that the NAEP levels are arbitrary, and that the cutoff for reaching the “proficient” level has been set much too high, citing an analysis by Rothstein indicating that high-scoring Sweden would only have 33 percent of its children proficient in reading according to the American NAEP standards (e.g. http://www.
schoolsmatter.info/2009/04/bracey-offers-answer-sheet-on-naep.html). A lot of “proficient” readers are not proficient according to the NAEP categories.

Hernandez assumes that more regular instruction is needed for children of poverty. He notes that children of poverty miss school more than other children do, the problem being that these children are “more likely to lose out on the intensive literacy instruction in the early grades” (p. 11). There is, however, very strong evidence that reading achievement is largely due to extensive, self-selected reading, not to formal reading instruction (Krashen, 2004). Intensive reading instruction focusing on heavy phonics results only in higher performance on tests in which children pronounce words presented in lists; it has no significant effect on tests in which children have to understand what they read (Krashen, 2009).

A number of studies have confirmed that poverty has a strong negative influence on reading ability (reviewed in Krashen, 2004; 2011). There is an obvious reason for this: Studies (reviewed in Krashen, 2004) consistently show that children living in poverty have little access to books at home, at school, and in their communities. Less access, it has been shown, results in less reading, and less reading results in less literacy development.

Other factors influence graduation
It is plausible to hypothesize that other factors associated with poverty relate to high school graduation. While those factors mentioned by Hernandez such as health care have been shown to be related to school achievement (Berliner, 2009), an obvious factor related to high-school completion is poverty itself: Many students have to drop out to work.

Reading ability has an independent influence
Those who read better, regardless of poverty status, will most likely have a better chance of completing high school. Hernandez’ data supports this: For those who had experienced poverty as well as those who had not, better readers were more likely to finish high school. [For those who had not experienced poverty, two percent of “proficient” readers dropped out of high school; 14 percent of “below basic” readers had not. For those who had experienced poverty, 11 percent of “proficient” readers dropped out, while 31 percent of “below basic” readers dropped out. (Data from Hernandez’ Appendix II.)]
Figure 1 hypothesizes that poverty impacts high school completion in more than one way: High poverty means lack of access to reading material, which influences reading ability, which in turn influences academic success and high school completion (top line of figure 1). In addition, other factors associated with poverty (poor health, less health care, see Berliner, 2009) influence school performance, and economic pressure results in a higher drop-out rate.

An Additional Concern: The Definition of ‘Graduation’
The measure of high school completion used was graduation “on time.” It does not take into effect those who take significantly longer and those who take the GED (General Education Development Test), the equivalent of a high school diploma. According to federal statistics (U.S. Department of Education, 2010), about 10 percent of high school graduates take longer than five years or get GEDs. Not including the full picture biases the analyses against those in poverty, as they are more likely to take longer because of practical constraints.

Discussion
There is no doubt that Hernandez’ general findings are correct — both poverty and early reading ability are predictors of the likelihood of completing high school. My main points are these:

1. There is nothing crucial about grade three. Hernandez would have probably gotten the same results examining the relationship between reading ability and high school graduation using any other grade.

2. There is nothing crucial about any grade. Students can improve in reading at any age.

3. While the relationships Hernandez found are most likely real, their size may not be accurate: The NAEP levels used to categorize students are problematic, and the measure of high school graduation used overestimates the dropout rate.

4. Poverty itself influences reading ability, and other factors associated with poverty have an impact on the chances of graduating high school independent of reading ability. As Hernandez suggests, we need to deal both with improving reading and we need to at least protect children against the effects of poverty.

We can also increase the chance of high school graduation for high-poverty high school students (and there are more of them all the time) by making course offerings more flexible and by dropping the obsolete and arbitrary notion that everybody “should” graduate high school in four years (Lee and Budzisz, 2010).

No matter how successfully we improve health care and access to books, and even if we succeed in making high school more accessible for high poverty students, economic pressure and the need to earn money will affect dropout rates. Reduction and eventually elimination of poverty is the only sure solution.

5. Improving reading beyond the very beginning stages is a result of doing a great deal of self-selected reading. It is not due to more intensive traditional instruction. To make this possible, our first priority must be to improve access to books among all children, and especially those who live in poverty, and the most obvious first step is to invest in libraries in high-poverty areas.

Stephen Krashen is Professor Emeritus at the Rossier School of Education, University of Southern California, Los Angeles. He has published hundreds of papers and books, and introduced several influential concepts to the fields of second language acquisition, bilingual education, and reading.