Additions include nouveau riche and the WeChat social media app 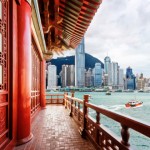 The Chinese language regulator has approved of a new edition of the Standard Dictionary of Modern Chinese that includes over 100 new words of increasing importance in contemporary China. The new additions are telling of how Chinese society has transformed amidst economic boom and technology age.

Some language pundits disagree that words with virtual origins should be included in the dictionary and mainstreamed. One word that is particularly contentious is tuhao, traditionally used to describe wealthy landowners in the country who abuse their power. Today, tuhao is used to describe the nouveau riche who spend conspicuously and ostentatiously, judged for having poor values.

Yang Erhong, a professor at Beijing Language and Culture University who studies media language, is wary of new some new entries.

“Online words, such as tuhao, are used widely among young people, while dictionaries are for people of all ages,” she told The China Daily. “Children and older people may have difficulty understanding the meaning without the internet context.”

Other interesting additions to the dictionary include weixin for the popular WeChat app, zhengnengliang for positive energy or good vibes, and tucao for making complaints.