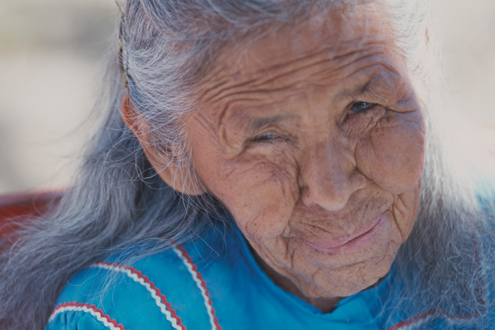 ‘Empowering tribes and Native communities is critical to providing our children with high-quality education. Passage of the Native CLASS Act is an important and much-needed step in that direction,’ says NIEA President Dr. Heather Shotton

According to a new policy statement from the National Indian Education Association (NIEA), “Native education is in a state of emergency, and the federal government needs to take immediate action to ensure that Native students grow into engaged, productive citizens of both their tribes and the nation as a whole.”

The statement is asking for improvement from the Obama administration as it transitions into a second term. NIEA leaders argue that the achievement gap between American Indian children and their white peers is not being tackled, their dropout rate is too high, and too few of their children receive an education “steeped in their language or culture.”

Approximately 93% of Native children are enrolled in public school systems, both urban and rural. The remaining 7% attend schools within the Bureau of Indian Education (BIE) system. “Regardless of where they attend school, Native students are not receiving an education steeped in their language or culture. They are also very unlikely to receive instruction or be taught in a classroom/school climate that is appropriate for them,” asserts the statement.

To address these problems, the NIEA is calling for passage of the Native CLASS Act (Native Culture, Language, and Access for Success in Schools) in Congress, which would help strengthen tribal control of education by authorizing tribal education agencies to function like state education agencies with authority to operate federal education programs (in particular, having more control over Title I expenditures) in schools that are located on reservations. The bill would also support Language and Culture-Based Education in the following ways:

• Amending Title III (Language Instruction for Limited English Proficient and Immigrant Students) of ESEA to require the Secretary of Education to award grants to Indian and educational organizations for Native American language programs.

• Establishing the Tribal Language Immersion Schools program to assist elementary and secondary schools, and Tribal Colleges and Universities, in using an American Indian, Alaska Native, or Native Hawaiian language as the primary language of instruction.

• Directing the Secretary to expand programs for Native American school children that support learning in their Native language and culture and provide English language instruction.

• Directing the Secretary to conduct research on language and culture-based education.

• Directing the Secretary of the Interior to establish a grant program to assist Native Americans in ensuring the survival and continuing vitality of Native American languages.

• Establishing the Center for Indigenous Excellence to support the development and demonstration of Native American language and culture-based education.

Other recommendations include re-establishing a separate White House initiative on tribal colleges and universities, which was earlier folded into a broader initiative on American Indian and Alaska Native education. NIEA leaders point out that there are separate and distinct White House initiatives on African-American education and historically black colleges and universities and that “American Indian and Alaska Native students deserve no less.”

NIEA leaders also called for U.S. Department of Education officials to strengthen tribal control of education. “Tribes should be granted the authority and funds to build capacity for their education departments in the same ways that are provided to states and districts. The Native CLASS Act authorizes tribes to operate select ESEA title programs in schools that are located on Indian lands and serve predominantly Native students.”

The policy statement also claimed that “the survival of Native languages and cultures is essential to the success of our communities and ways of life. Because immersion is largely recognized as the best way to learn a language, the Native CLASS Act establishes a grant program to develop and maintain Native language immersion programs.”

It was expected that the statement would form the basis for negotiations at the Fourth Annual White House Tribal Nations Conference, when nearly 600 tribal leaders from around the country met in Washington with President Obama and members of his administration early this month.