Rwanda Sued over Lack of French 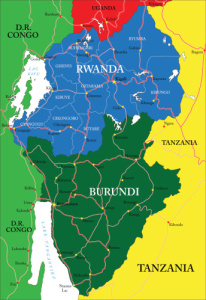 A Rwandan opposition party has filed a lawsuit with the central African nation’s Supreme Court accusing the government of deliberately sidelining the French language in violation of the constitution.

The Democratic Green Party of Rwanda (DGPR) is arguing that French has equal status to Kinyarwanda and English but increased marginalization of the language was “a hindrance to the national unity and reconciliation process” in Rwanda.

The former Belgian colony has been shifting away from the use of French since the mid-1990s when Paul Kagame took power along with his rebels who were trained in English-speaking Uganda.

The DGPR said in a statement, “Article five of the constitution stipulates that Rwanda uses three official languages: Kinyarwanda, French, and English. Many government institutions such as the National Bank of Rwanda, Rwanda Revenue Authority, National ID Project and many others have opted to either use English alone or with Kinyarwanda, and deliberately left out French,” arguing this isolates a large section of the country’s population.

Many Rwandans remain attached to French and are struggling with the change.