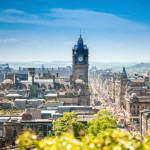 The Scottish Chambers of Commerce (SCC) has pinpointed Mandarin, Spanish, Portuguese, Hindi, Arabic and Russian as “international languages of business” and is calling for compulsory foreign language education during all years of schooling in order to make future Scottish firms more competitive in the international export market. The SCC has called on the Scottish government to implement the measure by 2020 to ensure that businesses have sufficient cultural and language skills to tap into a number of growing economies. “If we want to be more international, then we need to think more international, beginning in our schools, where international business languages must be taught from primary school right through to the end of secondary schooling and beyond,” said SCC director and chief executive, Liz Cameron.

“Over the past two decades,” Cameron continued, “The number of students studying modern languages at Higher or equivalent has fallen by over 20 per cent. This is a damaging trend which needs to be reversed. We should look more closely at where economic growth will be attained and that should determine the languages delivered by the supply side, ensuring the curriculum reflects needs of business more.” The business group has also stressed the need to make opportunities for overseas study mandatory for university degrees within the next five years. The demand is among a number of ‘business asks’, which also include staying in the European Union, set out as part of the Scottish Business Voice Campaign, led by the Scottish Chambers of Commerce Network.

The SCC, which has over 11,000 member businesses, warned against a referendum on the UK’s membership of the European Union amid fears export values could be hit by an exit. “Firms have told us that remaining as part of the EU single market is in the best interests of Scotland with current and future exporters citing the EU as their main target market for exporting goods and services,” added Cameron. “By all means seek reform, for example around what constitutes state aid and how we can make public procurement work for small businesses in Scotland, but having yet another referendum in Scotland would create uncertainty and, as Scottish business leaders, our energy and efforts are, and will continue to be, devoted to growing our economy and creating jobs.”