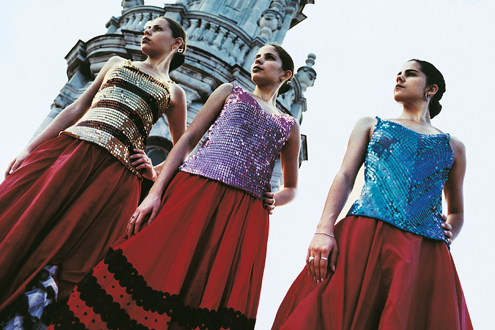 Salamanca is renowned for its university, which was granted a royal charter by Alfonso IX of León nearly 800 years ago in 1218. Soon, it became one of the most significant and prestigious academic centers in Europe. Now, Salamanca is probably the most important seat of learning in Spain and attracts one in six of the country’s overseas students of Spanish language, creating a wonderfully diverse academic environment.

However, residents of the city and its local region also know how to celebrate, and every year, Salamanca offers a considerable calendar of events, including the Muestra Nacional de Jazz (National Jazz Festival) at the beginning of March, the Holy Week festivities at Easter, and the Corpus Christi festival in June — which is based around the Old Cathedral.

Another local event is the Romeria de la Virgen del Castanar in September, which is held in El Castanar and attracts thousands of visitors from the Salamanca area.

Somewhat surprisingly, the most popular festivals in Salamanca are the lively carnivals held in February. The events include parades, fancy dress, and open-air dances. Everything is street-based and suitable for any age, but it is best appreciated at night, when the stylish Casino de Salamanca and the bars in the Gran Vía or Calle Bordadores put on entertainment, allowing everyone to give free rein to their imagination whether or not they are in fancy dress.

Events include:
• Las Candelas — early February, major folk celebrations in nearby Candelario, which stands around 72 km / 45 miles from Salamanca, with many local festivities, including a charity auction, gastronomic events and a vibrant atmosphere.
• Carnaval del Toro (Carnival of the Bull) — early February, a range of festivities involving young bulls, fancy dress and parades, in nearby Ciudad Rodrigo, around 89 km / 55 miles from Salamanca.
• Carnaval — early February, the popular Salamanca Carnival consisting of numerous parades and festivities in various regions of the city, together with concerts, dancing and plenty of evening entertainment.
• Las Calendas — early February, annual celebrations held in nearby Ciudad Rodrigo.
• Fiestas de San Juan — early February, with a varied program of events in and around Salamanca, including performances by magicians and general street entertainers, culminating in a fireworks display and evening bonfires.
• Muestra Nacional de Jazz (National Jazz Festival) — mid-February / early March, an impressive and extremely popular jazz event with concerts taking place all over the city. It features many international jazz musicians and attracts large crowds of visitors.

Schools in Salamanca
Mester
Founded in 1991 and located in the center of Salamanca, Mester’s mission is to develop students’ communicative and intercultural competency in Spanish so that they can express themselves in any Spanish-speaking country. Most of the students come to the school via recommendation from their Spanish teacher or from former students. Their enthusiasm and satisfaction is the best image of the school.

At Mester, education does not finish in class. The school organizes activities which offer the opportunity to see different aspects of Spanish life, such as visits to historic monuments, weekend excursions, salsa or guitar classes, and tapas tours. Staff are trained to help students find the most suitable program depending on academic, professional, or personal needs and objectives.

Tía Tula Colegio de Español
Tía Tula is a lovely Spanish school in the historical university center of Salamanca and accredited by the Instituto Cervantes as a centre of high-quality Spanish teaching.

Just like Salamanca — the city which is always referred to when talking about Spanish teaching throughout the world — Tía Tula combines its classical framework and facilities with the modernity of its people and their methods. Inside there are pretty and comfortable classrooms with views of the city monuments. Tía Tula also has excellent teaching staff with high qualifications and lots of experience and an amazing administrative team.