Spanish in the 21st Century 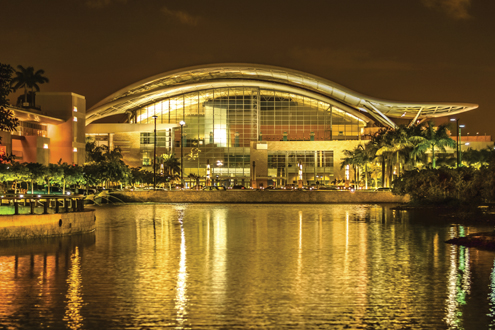 Daniel Ward predicts a successful future for the language of Cervantes

Use of the Spanish language has been growing steadily since the 16th century, but has suddenly accelerated over the last century — in the late 19th century, there were some 60 million Spanish speakers, and now, there are nearly 600 million, making Spanish the world’s fourth-most-spoken language (after Chinese, English, and Hindi). And this growth looks set to continue in the 21st century.

In its annual report, Español en el Mundo, Spain’s Instituto Cervantes forecasts that by 2050, there will be around 750 million Spanish speakers in only those countries where it is an official language. This does not include speakers in the U.S., which is predicted to have the biggest Spanish-speaking population of any country by 2050.

Only a couple of months ago, the director of the Real Academia Española (RAE), Darío Villanueva, predicted a bright future for Spanish in the U.S. thanks to the growing influence of its Hispanic population. Speaking in Puerto Rico, at the launch of RAE’s latest dictionary, Villanueva commented on the “spectacular growth” of Spanish in the U.S. over the last 30 years. In his opinion, bilingualism is a positive development of modern, post-colonial society, and the growth of Spanish is due to the collapse of its empire. “Independence gave Spanish its strength, not colonialism,” he claimed, noting that during the colonial era, only 20% of Americans spoke Spanish.

Spanish is the official language of some 20 countries around the world and one of the three tongues generally considered as official working languages by a multitude of international organizations.

Within its diversity, today’s Spanish is probably the most homogeneous of all the major international languages, which means it runs little risk of fragmentation. According to RAE, 95% of the 3,000 most-used words in each country where Spanish is spoken are common to all those countries. It is also a geographically compact language, since most of its speakers are concentrated in the Americas. “Obviously, there are tonal, accent, and lexical differences, but communication between Spanish speakers from different countries is perfect,” remarked Villanueva.

One of the keys to its success is that Spanish has been molded by travelers, emigrants, and immigrants, from Latin and the Moors’ legacy of Arabic to the adoption of indigenous American words and the latest “Spanglish” adaptations.

The development of Latin America, where nine out of every ten Spanish speakers live, is crucial to the language’s success. The consolidation of democracy, development of economy, and the opening of markets in the Americas are essentials for the spread of Spanish throughout the world, especially in the information society. For this reason, the Instituto Cervantes is working closely with all Spanish-speaking countries.

If Spanish is to be consolidated as a global language, it needs to develop its online presence and expand its cultural impact overseas. Languages stake their future in the technological and informational sectors. After English, Spanish is the language with the largest number of daily news services on the internet, and these services generate enormous online interaction between Spanish speakers of all nationalities.

Using its Virtual Center, the Instituto Cervantes’ plan is to update Spanish in the information age with funding from Telefonica, Spain’s largest telecommunications company, by offering more resources and content in Spanish. Cervantes has four essential aims, which are to stimulate the promotion of the Spanish language, to serve as a vital platform for Spain’s cultural industries, to act as a world model for the training of teachers of Spanish as a second language, and to fill the internet with Spanish-language content.

The vitality and creativity of Spain and Latin American are making the language a major economic resource for the publishing, film, and music industries. It is a language of the future, a worldwide language with an extraordinarily rich culture that is therefore both useful and necessary for the world in the 21st century.