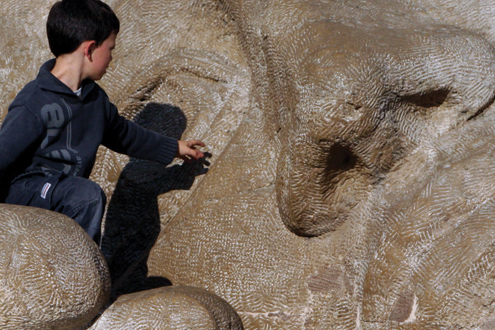 While any language will be useful for some jobs or for some regions, French is a language that is useful throughout the world as well as in the U.S. French as a foreign language is the second most frequently taught language in the world after English. The International Organization of Francophonie has 56 member states and governments. Of these, 28 countries have French as an official language. French is the only language other than English spoken on five continents.

When deciding on a second language for work or school, consider that French is a language that will give you plenty of choices later on in your studies or your career.

One example of the importance of French can be seen in a listing of international jobs distributed by the U.S. State Department in 2009: 92 required or preferred French, 36 Spanish, 11 a UN language (Arabic, Chinese, English, French, Russian, and Spanish), seven Arabic, five Russian, one Japanese, one Hindi, one German, and one Chinese.

Of the various types of professional positions for which international organizations recruit, four required French, two Spanish, and one Arabic, according to the fact sheet released by the Bureau of International Organization Affairs of the U.S. Department of State (October 2011).

The Economics of French and France
• French is the foreign language spoken by our largest trading partner (Canada).
• The province of Quebec alone is the sixth largest trading partner of the U.S. with approximately $72 billion in trade in 2006.
• In 2006, the U.S. exported and imported more to countries having French as a national language than to countries having any other foreign language. Exports to Canada alone in that year were greater than the combined exports to all countries south of the U.S.
• From 2003 to 2008 trade between France and the U.S. increased by 59 percent with one billion dollars of transactions daily.
• The U.S. and France share many trade similarities, particularly their global standing as the world’s top two exporters in three very important sectors: defense products, agricultural goods, and services. Franco-American trade is also remarkable for its symmetry, as six of the top 10 exports are the same each way.
• France has the fifth largest economy in the world after the U.S., Japan, China, Germany (2008). In 2006, the French GDP was $2.231 trillion and China’s was $2.668T.
• France is the second largest exporter of agricultural products in the world after the U.S.
• In recent years, the U.S. has been the largest direct investor in France. France is nearly tied with Japan, Germany and the Netherlands as the second largest foreign investor in the U.S.
• In 2010, the U.S. was the leading destination for French investments abroad.
• The world invests in France: in 2006, France was the third largest destination of foreign investment in the world.
• 2,800 French companies in the U.S. employ approximately 550,000 Americans. U.S. companies employ nearly 650,000 people in France. Among foreign countries doing business in the U.S., France employs the third largest number of Americans.
• Among the world’s 200 largest companies, 35 are French, 34 are German and 30 are British.
• France is the third most productive nation in the world per hour work behind Norway, U.S.
• French is one of the languages spoken in the U.S.: 1.8 million Americans speak French in the home. (2010 US Census)
• Overall, the French export more per capita than the Japanese and more than twice as much as the Americans.
• France is the world’s leader in the production of luxury goods.
• More tourists visit France than any other country in the world.
• France gives more foreign aid per capita to developing nations than the U.S.

Science and Technology
• France will be the site of the world’s first nuclear fusion reactor, the International Thermonuclear Experimental Reactor
• Seven of France’s top ten exports to the U.S. are industrial or high technology products.
• France is the fourth largest producer of automobiles in the world (Renault, Peugeot, Citroën) and the third largest exporter.
• France is fourth in research among countries of the Organization for Economic Development and Cooperation (after Japan, Germany, and the U.S.).
• France is a major world research center in the field of high energy physics.
• The French are a world leader in medical research: the AIDS virus was first isolated by French doctors.
• The French are the world’s third manufacturers of electronics equipment.
• European leader in aerospace (Aérospatiale, Arianespace, Airbus).
• Most commercial satellites are put into space on French Ariane rockets.
• France is a leader in the development of high-speed trains such as the TGV.
• The smart card was first used on a large-scale basis in France.
• The ship Queen Mary II was built in France.
• France is one of the world’s leading military powers and has the world’s second largest defense industry (i.e. Exocet missiles, radar technology).
• The French have nearly 15,000 troops on peace-keeping duties in 15 countries including Afghanistan, the Balkans, and the Ivory Coast.
• France is the world’s second largest builder and exporter of civilian and military aircraft and helicopters (Airbus is the world’s second largest fleet of commercial airliners, and many of the U.S. Coast Guard helicopters are made by Aérospatiale in Toulouse.)
• France has one of the most advanced telecommunications systems in the world.

French in school and work
Historically, France and the French language have had an enormous influence over American society. France was the first ally of the U.S. French thought played a dominant role among the founders of the U.S. in the 18th century, and it continues to shape America today through the influence of such intellectual currents as post-structuralism and post-modernism. In the humanities and the social sciences, many of the most important writings have come from France. Students and researchers who know French have access to these works for several years before they are translated into English. Many significant works are never translated and remain accessible only to those who know the language.

When employers and universities look at applicants, they do not start looking at the bottom of the list to see who has done only the minimum necessary or taken the easiest route available, they start at the top of the list and look for those students who have risen above the rest. High school students should consider at least four years of a foreign language study. College students should seek to earn a minor in French or have French as a primary or secondary major. With French they have access to the most widely spoken foreign language in the world after English and they become familiar with a culture that significantly influences our own. The French economy is one of the strongest in the world and is increasingly a leader in technological innovation. In sum, French is the language of the future.

Richard Shryock [email protected] is a professor of French at Virginia Polytechnic Institute and State University in Blacksburg, Virginia. For more information, visit http://www.fll.vt.edu/french. Special thanks to Dr. Eric DuPlessis of Radford University. Information comes also from Invest in France.