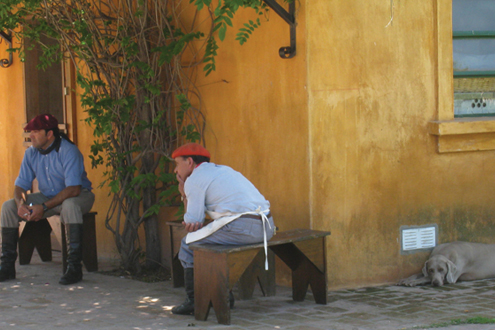 In what might seem an unlikely partnership, a team comprised of leading linguists, representatives of Indigenous language communities and Google have created an online platform for sharing information on the world’s most at-risk languages. Endangeredlanguages.com launched in June of 2012, complete with more than 3,000 unique pages for languages deemed to be at risk of disappearing. The Endangered Languages Project is the result of an intense collaboration between three groups who wouldn’t normally work so closely together, and although the approach is not without challenges, it just might break new ground in the arena of language learning and revitalization.

The collaboration was driven by Google.org, a team within Google, Inc. that focuses on social impact. It officially began to take shape in the Spring of 2011 at an international linguistics conference at the University of Hawai’i in M_noa (UHM). There, Google.org’s Jason Rissman met a small group of linguists who were working toward creating an online catalogue of the world’s endangered languages.

“[Google] started getting involved in this field in the fall of 2010 by helping launch a YouTube channel for the Enduring Voices Project,” Rissman explains. “The positive response to that small effort got us thinking that we could make a real difference, and that the free and unlimited storage that YouTube offers could be a real asset to communities and scholars trying to share threatened languages online.

“I came on board in January 2011 and was asked to think about how we could scale our effort, to support not just one organization but anyone that’s interested in using technology to support language documentation or revitalization. I had some ideas, and they meshed particularly well with those of the folks at the University of Hawai’i and LINGUIST List. Collaborating with them was what made this project possible and got it started.”

The ‘folks’ to whom Rissman refers are Dr. Lyle Campbell, a professor of Linguistics at UHM and leading expert in indigenous American languages, as well as Drs. Anthony and Helen Aristar, co-moderators of the LINGUIST List, a key information source for linguists worldwide. Working with linguistic data the Aristars had assembled over the last decade, Campbell and the Aristars had already been exploring a global online catalogue when they met Rissman. The linguists had applied for some seed funding from the National Science Foundation, but it was not enough to develop the catalogue they envisioned.

“[Linguists] aren’t used to dealing with commercial corporations, or the non-profit arms of commercial corporations,” says Mr. Aristar about the initial collaboration with Google. “But we were just happy we could actually go forward with the project. We at LINGUIST List had been working on things to do with the [endangered languages] catalogue for a long, long time.”

With Google involved, the Aristars and Campbell could be confident that the Endangered Languages Catalogue (ELCat) could find its home online and reach a global audience. The ELCat Project would eventually form the foundation of the website, giving each language its unique page, accessible via a Google-powered map that would act as the nexus of a web of data, images, videos, and information.

For the project to be truly successful, however, the group had to engage the participation of the Indigenous language community – the speakers, teachers, and learners of endangered languages who, along with linguists, would form the core user-base for the site. Input of community users would be critical to the project, as they would ultimately contribute to the scope and accuracy of the ELCat by adding and verifying information about their languages.

With this in mind, Rissman began searching for a fourth partner — a collaborator who could represent the perspectives and interests of the Indigenous community. He came across the First Peoples’ Cultural Council (FPCC), a small non-profit organization based in British Columbia, Canada. With its exceptional track record and growing reputation for work assisting First Nations to revitalize their languages using technology, FPCC seemed the perfect fit. Rissman reached out to Executive Director Tracey Herbert in July of 2011.

When Herbert received the email from Google, she initially thought it must be spam. “I was quite busy at the time, and didn’t immediately ‘get it’,” says Herbert. “Then it dawned on me: this is Google!” Still, FPCC didn’t jump at the project immediately. “I was excited about the possibility of working on a global scale, but I had some concerns about introducing an outside corporation to work with communities. [FPCC] is pretty protective of the communities we work with. We see them as equal partners, and I wanted to be sure the site could truly benefit the language learners and speakers – both in the communities we work with here in BC and with the global language community.”

Eventually, it was the global scale of the project that convinced FPCC to come on board. “We had always dreamed of being part of a worldwide network – having access to language communities around the world and being able to share information and resources with them. We’re a small organization but we have a lot to contribute, and our success is largely due to the partnering approach we take with communities. We wanted to share this on a larger scale. Also, we felt strongly that the Indigenous people themselves are the experts in language work, and should therefore be involved in developing a tool that could benefit them,” explains Herbert.

With FPCC on board, the founding partners of the project worked hard over the next year to develop the site for launch. The collaboration wasn’t always easy, with the partners coming from differing perspectives and agendas. “We have somewhat different goals,” explains Aristar. “Linguists want to get as much information as possible in order to understand cultures, whereas language communities want to preserve a specific culture. Both aims are laudable, and ultimately we are moving toward one common goal. It’s exciting to me, and we don’t know yet how it will turn out exactly, but I believe it’s worth the effort.”

With the site now live, Google has taken a back seat and passed on its oversight to FPCC and the LINGUIST list, who are responsible for the project’s governance and outreach (FPCC) and technical upgrades to the site (LINGUIST List). The two organizations are aided by a Governance Council, comprised of experts with a diverse set of perspectives and skills and representing both the academic world and Indigenous communities. Google remains on the Council.

The next steps, and the shared vision for the project, are that language advocates from around the world will use the site to share content on their own languages, such as video and audio samples of people speaking in an endangered language, or best practice documents that will help others with revitalization and documentation work. In addition, the LINGUIST List and the University of Hawai’i will continue their research, and the site data bank will continue to grow.

Already, since the site’s launch, hundreds of resources have been added, language speakers are verifying data about their communities, and the number of languages listed has grown by about 125.

“The biggest contributors to the site to date have been the nsyilxcan language speakers — the Okanagan people of south central BC and northern Washington,” says Herbert. “Some communities are much more active than others, of course, but we hope that as word gets out, language communities and academics alike will continue to build and improve the site. We hope the site will be seen as a go-to resource for language champions who want to share information on best practices, and that the project will raise the profile of the importance of languages globally.”

“My wish is that the site can generate more interest in general from people about languages,” adds Aristar. “Languages are so critical in defining cultures. Language is a microcosm of how people move around the world, for related languages imply related peoples. In some sense, language is the most defining thing for human beings.”

Julie Gordon is a writer and communications strategist based in Victoria, British Columbia who writes regularly about cultural issues. Visit the site and sign up to participate at www.endangeredlanguages.com.