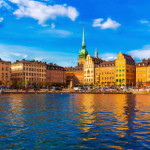 The Swedish Academy’s SAOL dictionary is being republished on April 15, 2015 with thousands of new words. Among them is the gender-neutral pronoun “hen,” which can be used instead of the masculine “han” (he) and feminine “hon” (she). The Swedish Academy was set up in 1785 with the aim of adapting the Swedish language to changing cultural and societal influences. “It’s quite simple,” the dictionary’s editor in chief, Sven-Goran Malmgren, told The Independent on Thursday. “It is a word which is in use and without a doubt fills a function.”