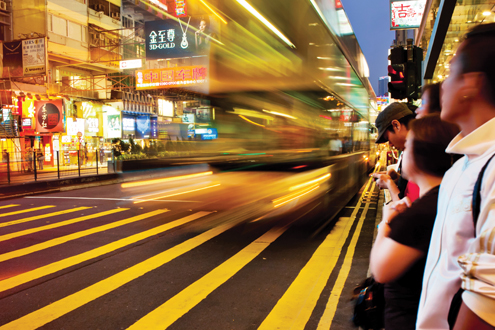 Juan José Vázquez-Caballero on how to create curricula to allow language students to be more engaged, motivated, and prepared for the real world

The world of education is like the flu virus; every year it mutates and becomes stronger. We discuss differentiation, accountability, 21st century skills, culture. . . Our attempts at improving education are often successful, and we work hard to prepare students who will be happy, productive members of a global society. We help them make connections through the Internet to the outside world, even connections to other countries, and all of this is important, but is this enough?

I’ve been teaching for just a few years; I’m not a guru in education or a doctor, but I’m in the trenches. I work diligently to teach language, culture, and grammar through inquiry-based methods. I provide opportunities for the students to make connections to their families, to their peers, and to the other teachers and departments with interdisciplinary learning experiences. I believe these connections are the bridges that will help them branch out into the world, but is this enough?

How is it possible that the last wagon in the educational train is always world languages? If the budget is low, the first subject to be cut is world languages. For example, as the article “School Board Axes Spanish Language Program in Budget Savings Move” stated, “In a unanimous vote, the Union County School Board eliminated 26 teacher positions by dissolving the elementary school level Spanish language program. A budget savings of approximately $1.3 million is expected” (DiBiasio 1). This is just one example, but there are numerous others online. Will it be my job next? It’s hard to see colleagues with “Spanish on a cart” traveling around like some gypsies in Europe without a house or a clear future. We are in the minor leagues and yet we play just as hard as the others.
Students are looking for role models against whom they will judge themselves and, unfortunately, many end up looking into distorted mirrors of a circus fun house. We need to provide them with the opportunities and connections that will allow them to look into a clear mirror and figure out who they are and who they want to be, but is this enough?

In August, the New York Times published an interesting article about math, “How to Fix Our Math Education,” by Sol Garfunkel and David Mumford, in which they explained how we need to rethink the way we teach math and how math should focus on real world problems. The article also discussed how we should replace the sequence of algebra, geometry, and calculus with a sequence of finance, data, and basic engineering. It seems that there is more focus on preparing students for the skills that they will need when they finish school. Garfunkel and Mumford stated, “A math curriculum that focused on real-life problems would still expose students to the tools of mathematics, especially the manipulation of unknown quantities. But there is a world of difference between teaching -pure- math, with no context, and teaching relevant problems that will lead students to appreciate how a mathematical formula models and clarifies real world situations.” (1) Is this something that is going to happen? It’s hard to say. What I do know is that it is time to start having similar conversations about teaching Spanish.

In November, my wife attended the National Science Teachers Association conference in Hartford, Connecticut, and after three workshops on the new national framework for science that is in development, she was amazed at how much emphasis will be on engineering. All of this push toward curriculum that connects to life outside of the classroom left me wondering… are we going to be the last ones to make this shift?

My school district recently welcomed a presentation by Dr. MaryBeth Webeler on Understanding the Common Core State Standards. We saw the standards for English language arts, math and literacy in history/social studies, science, and technical subjects and, and… nope, sorry — not for Spanish, or any world languages for that matter. We inquired about the inclusion of world languages, but we were offered the use of those from English or social studies. Once again, we do not appear on the radar of the GPS of important courses in education. If districts are going to increase the reading time, what subjects will that come out of? I can only guess.
It’s time for a change. I’m not talking about a revolution, but instead, an evolution.

We can still teach culture and language, but we must refocus the objectives of our teaching so that we prepare our students for the future. What if instead of teaching Spanish I, II, III, and IV, etc, we teach Spanish for business, Spanish for public services, Spanish for traveling, Spanish for medical professionals, etc. For example, in Spanish for business, students could study the culture of Puerto Rico or Mexico (products, practices, and perspectives), and then they could design proposals for creating companies and selling products, work with other departments and local companies. They could try to be another resource for the community. Or if students were studying Spanish for medical professionals, the curriculum could be divided into units related to real world situations in hospitals or clinics.

I’m not going to talk about specific skills. Let’s talk about a few important ideas from the Common Core State Standards presented by Dr. Webeler. She talked about the College and Career Readiness Anchor Standards and she defined “what students need to know and to be able to be successful in entry level college courses and workforce.” She also said that it provides broad expectations consistently across grades and content areas. In addition, she spoke about Types of Readiness; for instance, she mentions work-ready, career-ready, college-ready, as well as job-trained readiness. In other words, she focused on whether or not the students possess specific knowledge necessary to begin an entry-level position. Bingo! This is exactly the type of thinking we need to do about world language instruction.

While reading for my Master’s degree, I learned a lot of about motivation, and something that is clear is that students would rather do activities related to real life, or “real experience in how to use their minds” (McCombs 16). This implies that students will be motivated by opportunities to work on real-world problems (the same problems that adults face). Allen et al. stated, “Our students will come alive if we can reintroduce elements of real adulthood into their teenage years” (23). It is no secret: each opportunity that students have that allows them to face the real world and feel adult is going to engage them, and as a consequence, motivate them. Other methods of motivation are discussed by Allen et. al. in “The Big Wait,” when they described the four “Rs” of adulthood and how they might be applied to teaching and motivating adolescents. These four Rs are relevance, real-world feedback, responsibility, and respect. They discussed the success of the program “Teen Outreach” in which students were involved in meaningful volunteer work that is connected to what they study in the classroom. He stated “Teen Outreach works because it gives teens a vision of themselves successfully taking responsibility in the adult world” (25). This has implications for the types of educational experiences that will be motivating for students in the classroom. Students will generally be more motivated by projects in which they are required to make decisions and take responsibility for those decisions. Again, a curriculum that has the components related to real life, that has the practices for the real life and eventually will help in real life, should be more motivating.

Another argument in favor of this new approach on teaching world languages, especially Spanish, stems from immigration. The U.S. continues to grow as a multicultural country. In 2006, there were 44.3 million Hispanic people in the U.S., and people predict that by 2050 there will be 102.6 million (U.S. Census Bureau 1). This not only demonstrates a clear need to study the Spanish language and develop a basic understanding of the Spanish-speaking cultures in our country, but also to realize that our children are going to work for them, with them, or about them. In addition, Latino and Hispanic people made up 12.3 percent of the population in Connecticut in 2009 (U.S. Census Bureau 1), and one would think that this would motivate students to learn the language and culture (although it isn’t always that simple for adolescents).

The new markets and the new opportunities are forcing us to prepare the future doctors, psychologists, nurses, police officers, politicians, business people, etc. As the Careers in Foreign Languages Guide states, “Businesses need people who can assist them with their international business ventures. They also need people who can communicate with non-English speaking customers, clients, and employees” (1). It names sixteen different types of jobs, including those related to travel, government, education, communications, engineering, and the medical field. Given this need, let’s focus in the kind of curricula that will be enough for our students.

Another motivating factor might be that given today’s economy, obtaining jobs is becoming increasingly more difficult. Knowing the language and culture would open doors in terms of job opportunities. According to the article “Boost Professional Worth by Becoming Bilingual,” “U.S. companies are looking to be global leaders, and in order to succeed in the global marketplace, they are looking for bilingual employees who can communicate across countries and cultures.” According to U.S. Job Forecast in CareerBuilder and USA Today Q2 2010 U.S., “fifty percent of recruiters say that, all else being equal, they prefer hiring bilingual employees” (K1). Perhaps even the best high school education won’t produce bilingual people, but by providing the right vocabulary, practices, and culture confrontations, we can start them on the right path for becoming marketable and competitive.

Why do our students have to wait until college to prepare for real life? Why don’t we start the preparation in high school? What would you rather have for your child… Spanish I, Spanish II… always writing the same compositions and learning about the same holidays, facts, the 4 F’s… or the Spanish that will provide the cultural knowledge and the language practice that will allow them to compete with other students from the world? We can plant the seeds for the next entrepreneurs. Understanding the Hispanic and the Latino culture embedded in the Spanish for business curriculum will inspire students to study in college with a clear focus.

Perhaps language instruction would be more valued by the community (teachers, parents, and the board of education) if it were more connected to life outside of the classroom.

This is a great opportunity, especially for Spanish and world language in general, to clean our instruction of drill and kill activities and surface cultural celebrations of food, festivals, and folklore and to become front-runners in our schools, in our districts, communities and in our states.

Maybe it is time for the six Cs to have Career as the core instead of Culture. What do you think?

Juan José Vázquez-Caballero is a high school Spanish teacher with an MA in Spanish from Central Connecticut State University. He was school (Haddam Killingworth) and District 17 teacher of the year and a,Graduate Studies Departmental Academic Award recipient.